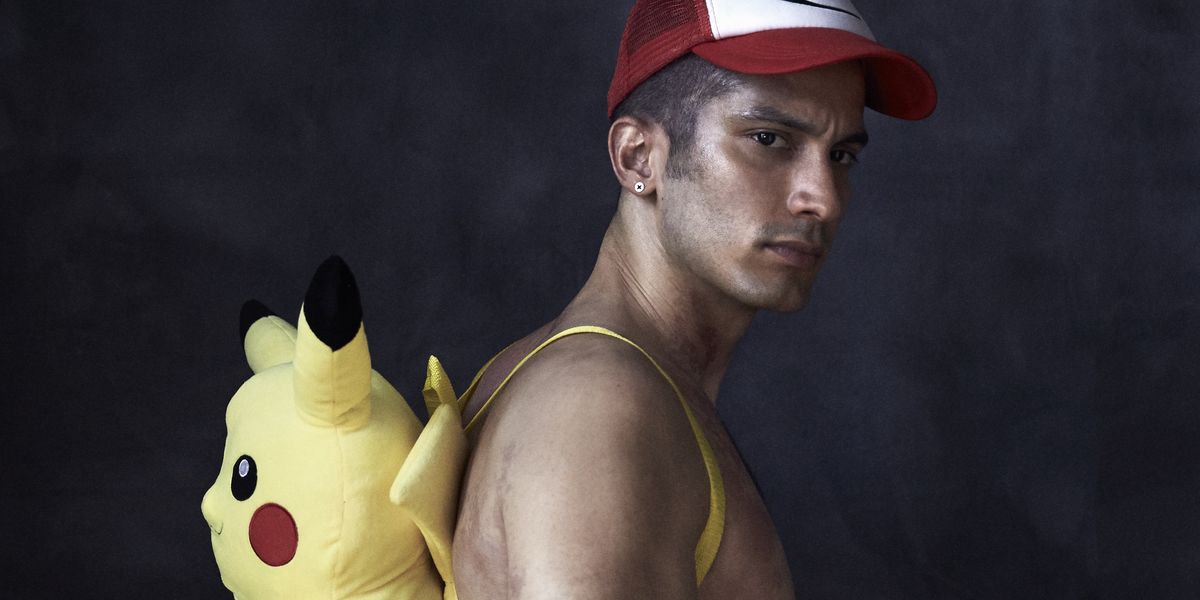 How did you get started in animation?

I always loved animation but I didn't think it was a "real job" when I was younger. My family was pretty broke growing up in Puerto Rico so I really had to give myself permission to even consider studying animation. I applied for a merit scholarship at SVA and I told myself then that if it was meant to be, I'd get in. I DID! I didn't finish SVA though because I got an offer to be a partner at a start-up company my third year. I was with them for two years, but it didn't really take of. I started to doubt everything I was doing -- again. But then when I applied to a fairly large media company for 3D animation the first job they gave me was Marvel! So I really felt like I was a "real animator" after that point.

You love the cartoon and video game world. Do you meet many gay people in that world?

I think I can count on one hand the "gay nerds" that I have met in this industry. But one thing is for sure with us gays, they do stand out 😉.

How do you find dates? Are you on any dating apps?

I think I have downloaded and deleted Grindr around 100 times by now.

To be honest only 1 out 10 experiences I have through hook-up apps ends up being fun. The rest is all ghosting and catfishing. I find meeting people organically to be way more exciting. Living in NYC you are constantly surrounded with gay people: in the supermarket, the locker rooms, at the free clinic…

What is a dream date for you?

I'm in a VERY open post-Dan-Savage relationship. I like dates that feel effortless. Meeting in parks, walking around the city, kicking their ass in Super Smash using Zelda. Hopefully, if we're both feeling it, it leads to second base...and some cosplay (but not in bed--literally Comic-Con-nerdy cosplay.)

You did a very sexy shoot for us. How do you feel about posing nude?

In this magical golden age of the selfie, being nude doesn't feel so out of the ordinary. But clearly these photos are way more artful than the raunchy ones I take in front of the mirror.

What are your favorite video games and why?

Wow! There are so many awesome games. I know it's a cliché but I would have to say "The Legend of Zelda" franchise. I'm one of those people that thinks Link (the elfish main character) is a hottie. And it's the classic hero's story: a regular dude that discovers that he has to save the world. I love to live the fantasy that I'm that guy. It's such a rich, believable world.

If you were a cartoon character who would you be?

I would have to say Finn from Adventure Time. The show is like being high on mushrooms - I MEAN - it's a very creative vision of a world a constantly changing. Finn adapts to every situation with a very optimistic attitude and I admire that.

How do you feel about the future of the LGBTQ community in America—what are you worried about? What makes you hopeful?

We have new enemies in powerful positions, not only here in America but around the globe. Social media has let us glance at how much worse things could be if we don't resist. I think all this chaos has been an awakening for the LGBTQ community - especially the youngest in the community who thought we had no more battles to be won. We can't wait for someone to save us, we need to take ACTION.

Do you think social media has made it easier, in some ways, to be open about sexuality and find supportive communities?

For sure! It doesn't matter what you are into, you can always find your tribe online. I've never been a bar/club kind of guy, so the internet is my friend for finding people. But at the same time I feel that some of the mystery and "the chase" has been lost. On an app or in real life, I think it's important to be sex-positive and nice to everyone. I can safely say I'm occasionally a slut but always a gentleman.