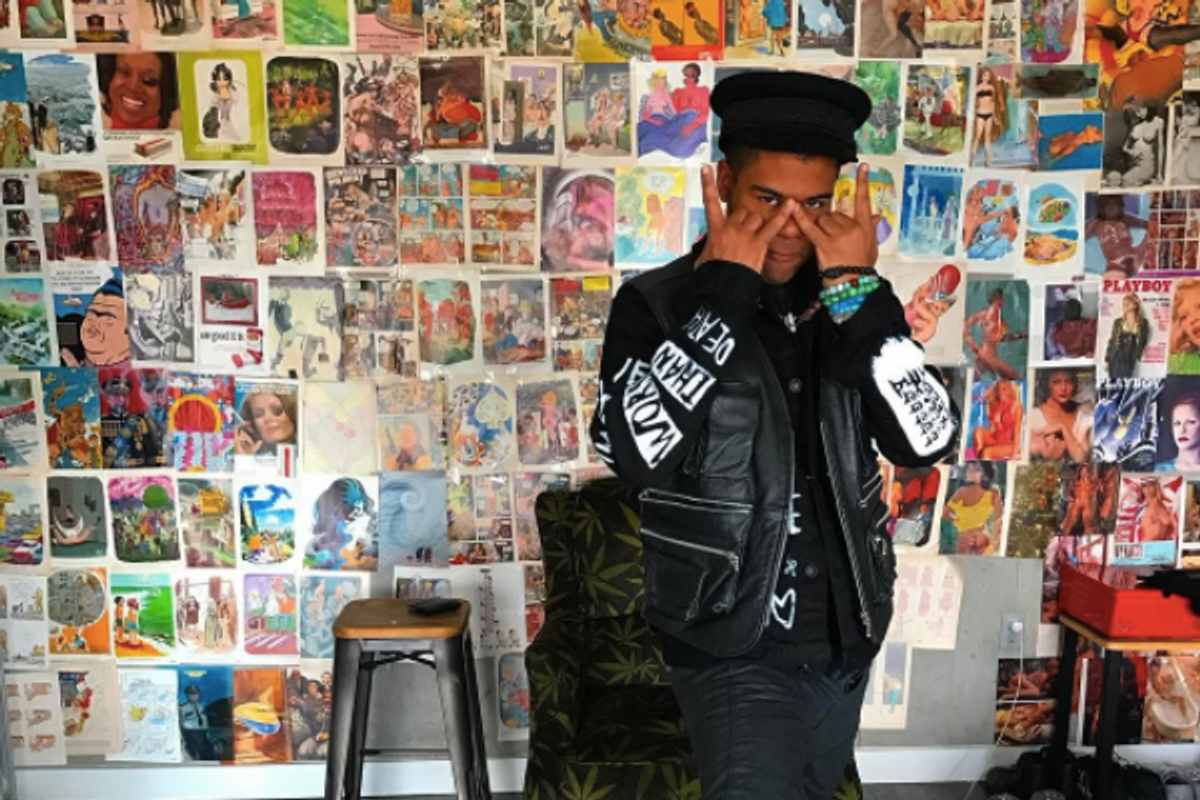 In a candid new interview with The Fader, iLoveMakonnen addressed the allegedly awkward run-in he had with Drake at last year's VMA afterparty, making it sound an awful lot like Drake threatened to jump him.

The hip hop artist made news after breaking with Drake's OVO label and signing with Warner Bros, but the two apparently remained on good terms.

Makonnen told Fader, though, that he was "threatened by others" at the VMA's after party at Up&Down club in NYC last year. "It was in the middle of the goddamn afterparty at the Up&Down club," he said. "Everybody that was in there was in there. I'm in here around these Vanguard Awards and I'm accepted and I took pictures with Chainsmokers and G-Eazy and everybody and we all friends. And I'm here in the middle of the floor, no security, and they coming and I just step to the side and they see me and stop and the biggest motherfucker in the game goes, woo woo woo, 'Next time I'ma fuck you up!'"

Later in the interview, Makonnen says, "If I look at your track record, when I was really in the streets selling dope you was on the goddamn TV screen acting." He also said, though, that he still has the "utmost respect" for Drake's work ethic.

At the time, a clearly distraught Makonnen tweeted about the incident. In a now-deleted tweet, he also asked Drizzy what had happened. Makonnen said he had no direct means of contact with Drake and so had to tweet at him, but the 6 God apparently never responded.

All I have is love and respect for everyone, I was there tonight to meet and greet everyone with love, this is so weird
— 17 Makonnen (@iLoveMakonnen5D) August 29, 2016

All this internet shit is causing too much rumors and negative shit, I have joked before, but I have no issues with anyone on this earth
— 17 Makonnen (@iLoveMakonnen5D) August 29, 2016

I live a real life and don't take to all this crazy shit! Peace and love to everyone! Everyone that know me knows
— 17 Makonnen (@iLoveMakonnen5D) August 29, 2016

Makonnen also addressed the controversy that blew up earlier this year when Migos shaded him in a Rolling Stone for coming out as gay.

He pointed out that,"Atlanta's big as fuck" and said his current relationship with the group was limited to "music shit." Of Migos' follow up statement backtracking their homophobic comments, Makonnen also said, "Y'all gotta do y'all for face game to save your face. Y'all gots to do y'all. I'm gon' always do me. I got no animosity towards y'all. [Pause] Why is it about me? Why you talkin' about Makonnen? y'all 'Bad and Boujee' right now. Why we talkin' bout Makonnen? It's whatever. Ain't nobody hit me up personally. Y'all want to reach out to me? I'm not hard to find!"