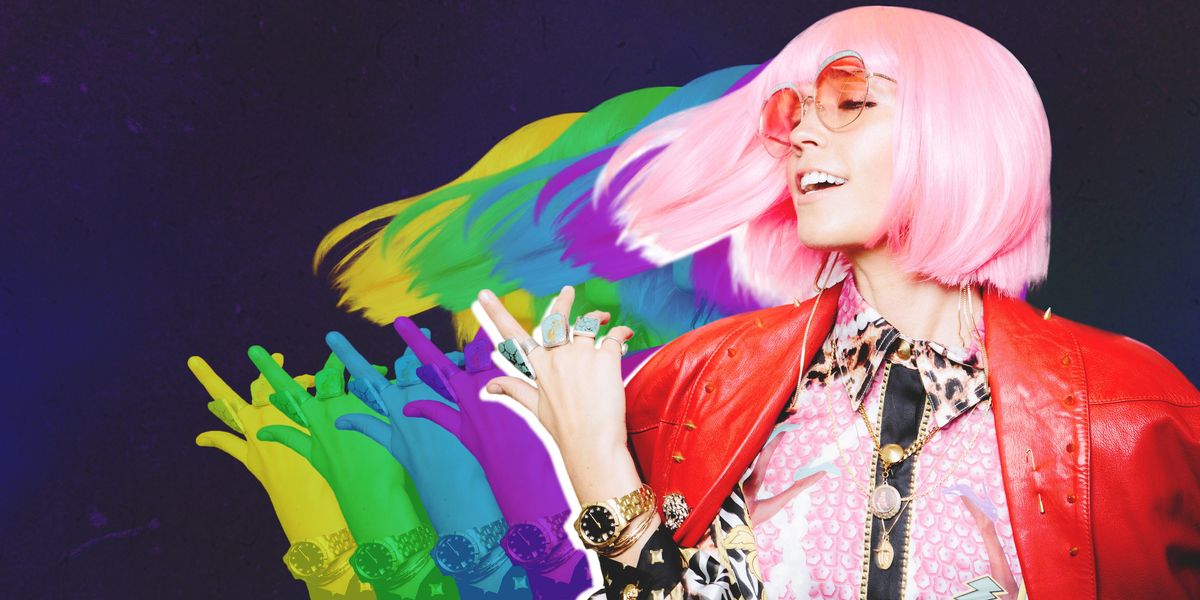 LP Giobbi fuses her training as a jazz pianist with her love electronic beats to make dense, complicated dance music. She met Tucker Halpern and Sophie Hayley-Weld of SOFI TUKKER at an afterparty set at SnowGlobe Music Festival and the trio went on to create Animal Talk Records, a community that provides musicians with a positive, uplifting space to work on their art. Today, she introduces Animal Talk Records to the world with her debut single, "Amber Rose."

The song's glossy production is comprised of a variety of sounds, including bass, blaring horns, and skittering electronic drums. Weaving through this web of sound, the track's vocalist, Hermixalot, sings, "I Amber Rose on these hoes," a bold flex that tells the world she isn't taking shit from anyone.

The lyrics for the song come from a poem Hermixalot wrote in 2008. The song represents feminist icon Amber Rose's journey to claim her autonomy and agency despite the media's reductive gaze, she says.

Hermixalot tells us, "I wrote a poem about Amber Rose when she first came into the public consciousness as Kanye West's girlfriend in 2008. It was just when blog culture was emerging, and I was struck by the media's portrayal of her — she was alternately dehumanized and slut-shamed for her history as an exotic dancer and completely silenced and stripped of her agency as a famous man's companion and nothing else. Ten years later, my best friend asked me to lay something down for a track, and I kept coming back to that poem. Amber had, in the last decade, completely reclaimed her narrative. She was a feminist icon because of her Slutwalk initiative, she was an outspoken critic of the lack of intersectionality in mainstream feminism, and she was a thriving CEO and mother.

So, the song for me is about reclaiming the world's gaze, which is especially important in this moment in time when women of color, sex workers, queers refuse to be silent anymore in the face of oppression. 'I Amber Rose on these hoes' is an encouragement to send a 'fuck you' to anyone who doubts your agency, or tries to put you into a specific box that makes them comfortable, while ignoring your humanity and your power. I don't think I would've laid down this track for a male producer because the message would've been lost. The fact that I — a Black, queer, woman — was able to ream up with LP — a white, cis, straight woman — and make an anthem about empowering the 'others' of society reiterates the importance of representation, which brings the message of the song full circle."