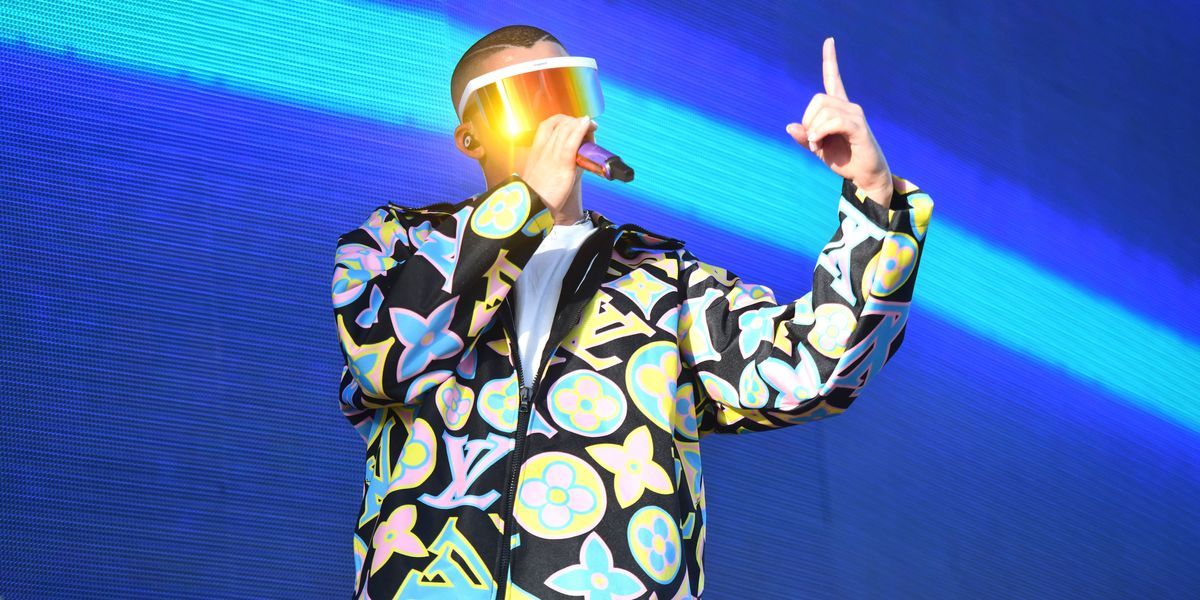 As anticipated, Virgil Abloh's DJ set at Coachella was one of the weekend's most-hyped, packing the Mojave Tent tight with kids eager to see pop culture's biggest ringleader. The screens behind Abloh flashed subliminal messages, including questions like "Did you riot though?" and random, single words ("Contemplation") or disjointed statements ("Do not text him back").

But the 38-year-old multi-hyphenate's impact didn't stop after his DJ set wrapped; his work as Louis Vuitton's new Men's Artistic Director was scattered throughout the Cali fest all weekend, specifically in the form of LV's iconic logo print (perhaps fashion's most iconic subliminal message).

Under Abloh, the pattern is bigger than ever, with oversized letters and logos printed on matching streetwear sets. "I want to speak to the generation presiding," he told Vogue UK about his work at LV. "But I also want a young generation to come in and know, hey, there's someone here who's listening, and speaking back to them."

And it's clearly working, having reframed a 165-year-old luxury label into something that speaks directly to youth culture today.

After performing her own solo set, Spanish pop star Rosalía appeared as a guest during J Balvin's technicolor mainstage performance. She wore a magenta cropped LV tracksuit, with the logo print in bright canary yellow. The two musicians sang "Con Altura," and everyone lost their minds.

Puerto Rican sensation Bad Bunny delivered an incredible performance the following day, wearing his own black tracksuit with multicolor LV logos printed all over. His rainbow visor sunglasses were the perfect accessory (despite shielding his gorgeous face).

Billie Eilish, one of Coachella's most talked-about performers, followed her set with an appearance during Khalid's. She wore a denim blue variation of the LV festival staple, and the two sang "Lovely." This is also the outfit she had one while meeting her idol Justin Bieber — the ultimate marketing opp for Louis Vuitton in 2019.