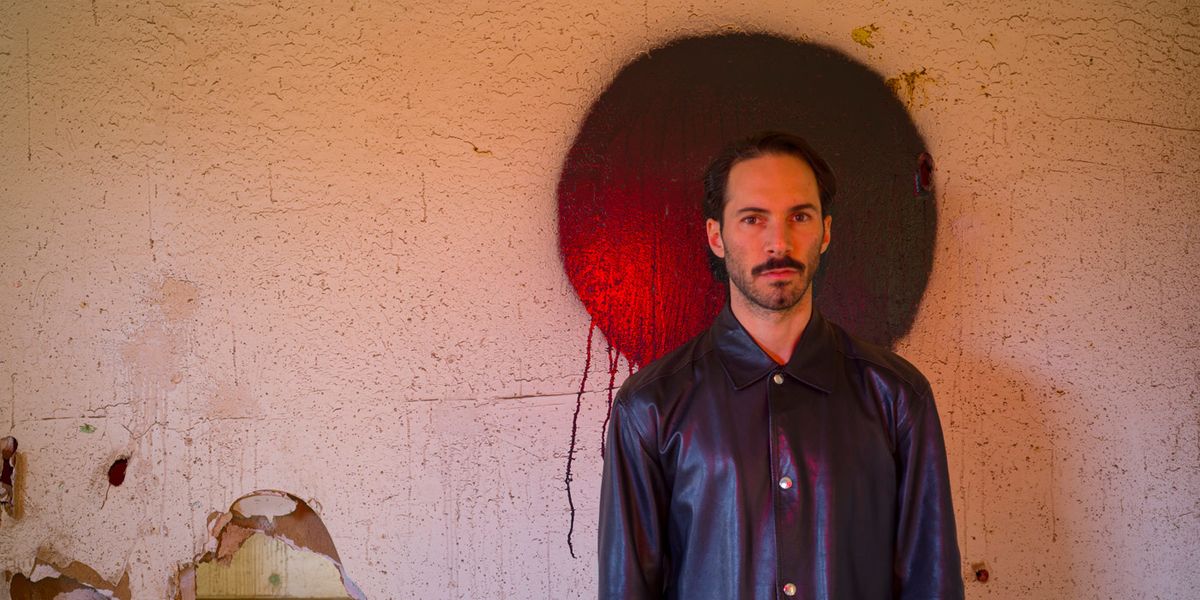 Sometimes you're your own worst enemy, but for Italian producer/composer, Lorenzo Senni, that isn't always a bad thing. In fact, the key to understanding the main ideas and motivations that fueled his first full length album for Warp, Scacco Matto, is pretty much all there in the title.

"The Cure said in a pretty famous interview that they were able to actually make their masterpiece, Disintegration, only after finding the album title," Senni explains. "I don't pretend to compare myself to them of course, but for me it was exactly the same; I realized that during the making of Scacco Matto ("checkmate" in English) I was playing a sort of chess game with myself."

Much like the roughly 1500-year-old game, Senni's music feels cerebral and precise. His melodies are meticulously crafted, even with their seemingly erratic jumps and meandering paths. No matter how extreme or chaotic Senni pushes his sounds, everything always manages to come together in an intricately-choreographed endgame. "I saw my music reach a breaking point sometimes or found myself self-checkmated," he explains. "I learned to accept that as the process behind the record and I think some tracks describe it quite clearly. Every time I was making a move in a certain direction I always find myself making a countermove in the exact opposite way."

Much of Senni's career has been built on similar counterbalances; an experimental electronic composer almost exclusively using the sounds of mainstream dance music, a straight-edge former hardcore drummer borrowing the aesthetics of the drug-fueled golden age of rave, a minimalist with a maximalist palette. His ability to strike this unexpected balance has been a large part of his success: "I've always seen a duality in my work where I want to find a satisfactory balance between a coherent strong conceptual side and a more emotive and instinctive approach."

Senni's embrace of trance as a genre shorthand for this balance between the visceral and the calculated has made him stand out amongst his contemporaries — and earned him critical acclaim as well. "I was into the build-up section of trance tracks because I realized that in this part, the duality I'm looking for was really well explained and executed," Senni says in his interpretation of the genre. "This part is functional, 'cause it always brings you from the breakdown to the beat but it is also the part where all the artists were expressing themselves, approaching it in different ways: minimalistic, more aggressive or more complex."

Prior to his first formal exploration of trance on 2012's Quantum Jelly, Senni was known for his DJ sets made entirely out of looped EDM, hardstyle and trance build-ups played ad infinitum in what basically amounted to the club equivalent of a marathon edging session. And while Senni insists that these sets got "very bad reviews the day after," they came at a time where trance was experiencing a revival among the underground club set, with producers like Evian Christ and members of PC Music unironically celebrating the genre. "I have no hesitation in saying that I was certainly one of the very few who started to fuck around with trance and give it some new credibility using it in unorthodox ways, in certain contexts in order for more people now to feel free to play it and not feel ashamed," he says.

Having found his hook, Senni further fleshed out the conceptual edge to his work with each subsequent release, developing his own vocabulary to describe it along the way. Senni uses descriptions like "rave voyeurism" and "pointillistic" to categorize his unique sound and draw a direct link to his myriad inspirations. The influence of John Divola's work extends far beyond its use as the album cover, with Senni quoting a 1981 essay by Mark Johnstone about the artist's "Zuma" series when asked about the role sentimentality plays in his music: "A tension, which is both imagined and real between the two realities, that of the house and that of the space outside, it is their reason for existence."

Related | Disclosure Is Bringing Us the 'Energy' We Need

For all its high influences and concepts, Scacco Matto is just as visceral as it is conceptual. The opening track "Discipline of Enthusiasm" storms in full force with a relentless barrage of synth that leave the listener breathless and overwhelmed, whereas on the opposite end of the spectrum the dreamy "Canone Infinito" unfurls like a celestial river with cascading bass and squeaked out accents. Scacco Matto is intricate and epic all in the same stroke; the bubbly interwoven melodies of "The Power of Falling" run along with a palpable urgency as bright EDM flourishes fly off like sparks.

On Scacco Matto, Senni hones his distinctive sound to a fine edge, solidifying his own canon while at the same time testing the limits of his own approach. "I hope that those who are following me since before can understand the evolution that I have tried to achieve with this new record, the musical effort and the 'risks' I took in relation to my work and aesthetic, figure out the references, the hidden quotes and maybe get already excited for what could be next, cause I am," Senni says. "I hope other people can encounter music and end up finding it interesting so they can eventually support and help me continue to spend all my energies on it."

In honor of the release of Scacco Matto and his pioneering work in the genre, we asked Senni to assemble a playlist of his favorite trance tunes.

DJ Scot Project is one of the artists I really respect because he always included very simple but original and effective ideas in his tracks. The break down and successive build-up of this track is a clear example.

Most-loved track taken from one of best avant-trance records.

Most fun intro of all the time.

Mohikana, "I will find you"

I love how naive and amazing this track is. Trance producers are not scared about their music taste, no make-up.

If trance is what was actually played during proper "trance nights" in the '90s and early 2000s, this is definitely trance then.

Sometimes a well-crafted build up can make the track memorable.

This track could be easily part of the tracklist of Warp Artificial Intelligence Series.

"Pete made this tune with a single Roland JV-80 synthesizer and a W-30 sampler, in a time when studios used dozens of synths and effect boxes for one single track. I spoke with him a few months ago, such a humble and down to earth man. He still works on music. I need to fix one of his synths, but feel kinda lazy."

Underrated Italian master Rexanthony and one of his most famous piano-driven anthems.

This might be not classic trance, but EVOL's approach to ravey music is unique and extremely interesting.