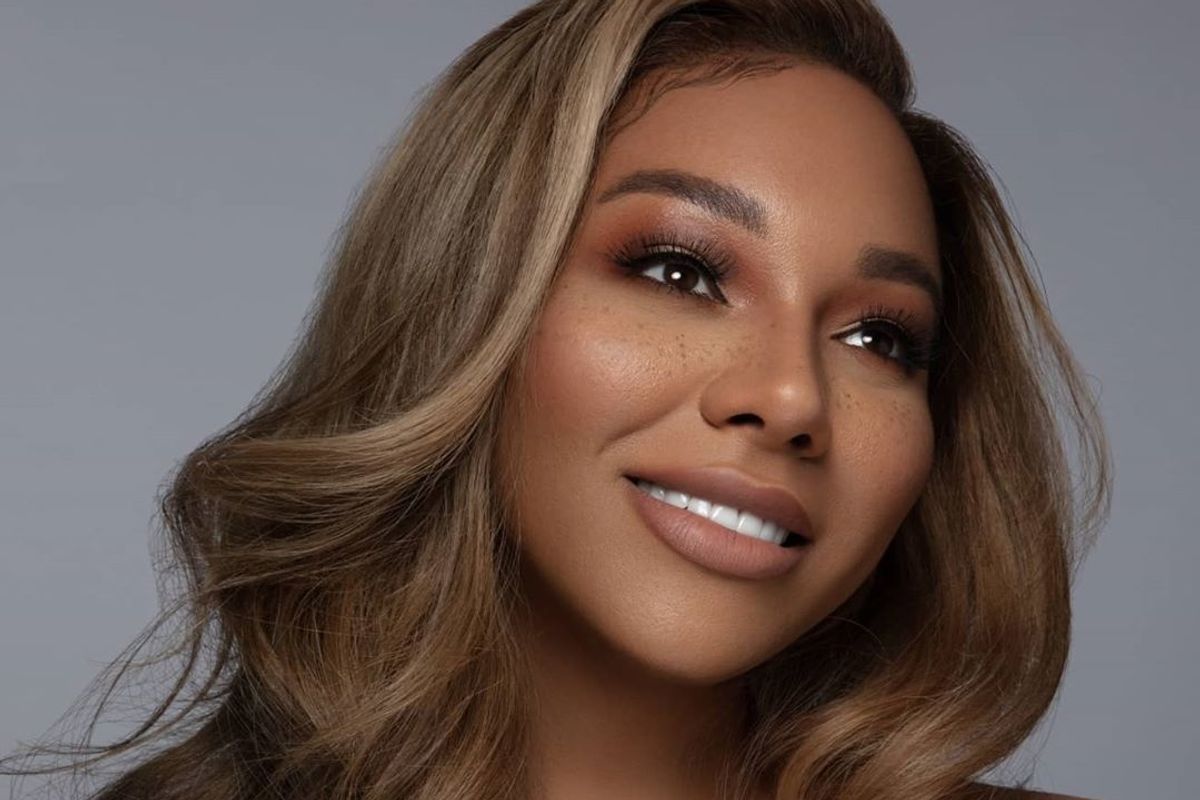 L’Oréal Has Rehired Munroe Bergdorf — So What's Next?

For model Munroe Bergdorf, seeing L'Oréal Paris post a black square on Instagram with a caption stating that the brand stands in solidarity with the Black community was "like being contacted by an abusive ex-partner."

"You do not get to do this," she wrote in an Instagram post of her own. "Fuck you. Fuck your 'solidarity.' Where was my support when I spoke out? Where was my apology? I'm disgusted and writing this in floods of tears and shaking. This is gaslighting."

In August 2017, then an up-and-coming model and social activist, Bergdorf made history with the announcement of her casting as the first out trans woman to land her own L'Oréal UK campaign. "So proud to announce that I am now part of L'Oréal's True Match #YoursTruly campaign that stands for diversity," she wrote at the time, adding that she was excited for the brand to add more foundation shades. Less than a week later, that history was erased after her private anti-racist comments about the ubiquity of white supremacy, comments made in the aftermath of the Unite the Right rally in Charlottesville, Virginia, surfaced, with L'Oréal calling them "at odds with our values."

This morning, Bergdorf and the brand took steps towards reconciliation, with Bergdorf accepting an apology and joining L'Oréal's diversity board, saying that she is "looking forward to new beginnings and a new positive relationship with the L'Oreal team."

This is great news. But hopefully, it's just the beginning. Fashion and beauty brands have a lot of work to do, and in the wake of public outcry over the death of George Floyd at the hand of several officers within the Minneapolis Police Department, many face an existential dilemma: to either acknowledge their hypocrisy, or save face and continue sweeping it under the rug.

Brands like Dolce & Gabbana, Prada and Gucci, all of whom have been embroiled in controversies around race, were rightfully called out for speaking against an issue they perpetuate. "Thank you @dolcegabbana for your donation as we push forward to justice and equality for African Americans. #WeAreDoneDying" the NAACP posted on its Instagram account Monday, giving the troubled brand good press despite their history of racism. "Not all $ is good $," one user commented under the post.

Other brands joining the conversation were Reformation (whose founder Yael Alfalo soon after issued an Instagram post leading with the words "I've failed") and Dolls Kill (which issued its own post that began with "We fucked up"). It's a sign that the conversation is moving towards accountability and actionable change. "People online are not stupid, performative allyship can be spotted a mile away and and with this new mainstream social consciousness that Black Lives Matter seems to have ignited people are shifting who and what they assign significant value to online in a way they wouldn't have two weeks ago," says fashion commentator Louis Pisano.

What's comforting about the anti-racism movement that's happening right now, especially as it pertains to L'Oréal, is the surge of public support — and the normalization of Black activism. Bergdorf's original comment from 2017, the one that got her fired, would these days be considered a common refrain. "Honestly I don't have energy to talk about the racial violence of white people any more," she wrote at the time on her (not even public!) Facebook page. "Yes all white people. Because most of y'all don't even realize or refuse to acknowledge that your existence, privilege and success as a race is built on the backs, blood and death of people of color. Your entire existence is drenched in racism. From micro-aggressions to terrorism, you guys built the blueprint for this shit Come see me when you realize that racism isn't learned, it's inherited and consciously or unconsciously passed down through privilege. Once white people begin to admit that their race is the most violent and oppressive force of nature on Earth … then we can talk."

Related | How Yvonne Orji Made It

Everything is different now, and while there's a long way to go, it's helpful to remember that activism works.

"I'm really glad that I've got a platform this time and I've got people that defend me because before I didn't have any of that and I had to build it up myself," Bergdorf tells PAPER now. To break it down by the numbers, and to underscore that shift in power, L'Oréal Paris's initial Black Lives Matter post has, as of this writing, 19K likes — whereas Bergdorf's post telling the brand to go f*ck itself has 92K. She received support from fans, members of the general public and fellow celebrities. "Reparations for Munroe," wrote Euphoria star Hunter Schafer.

When I interviewed her about her firing three years ago, Bergdorf told me this: "Sit still and smile in a beauty campaign 'championing diversity,' but don't actually speak about the fact that lack of diversity is due to racism. Or speak about the origins of racism." Why not? "It'll cost you your job."

And while nothing will change the past, L'Oréal's three-years-in-the-making accountability is welcome. People are listening. Brands are listening. It's no longer a desire to be heard — it's a demand. Now let's set our sights on systemic, industry-wide change. No longer silencing, but listening and amplifying.