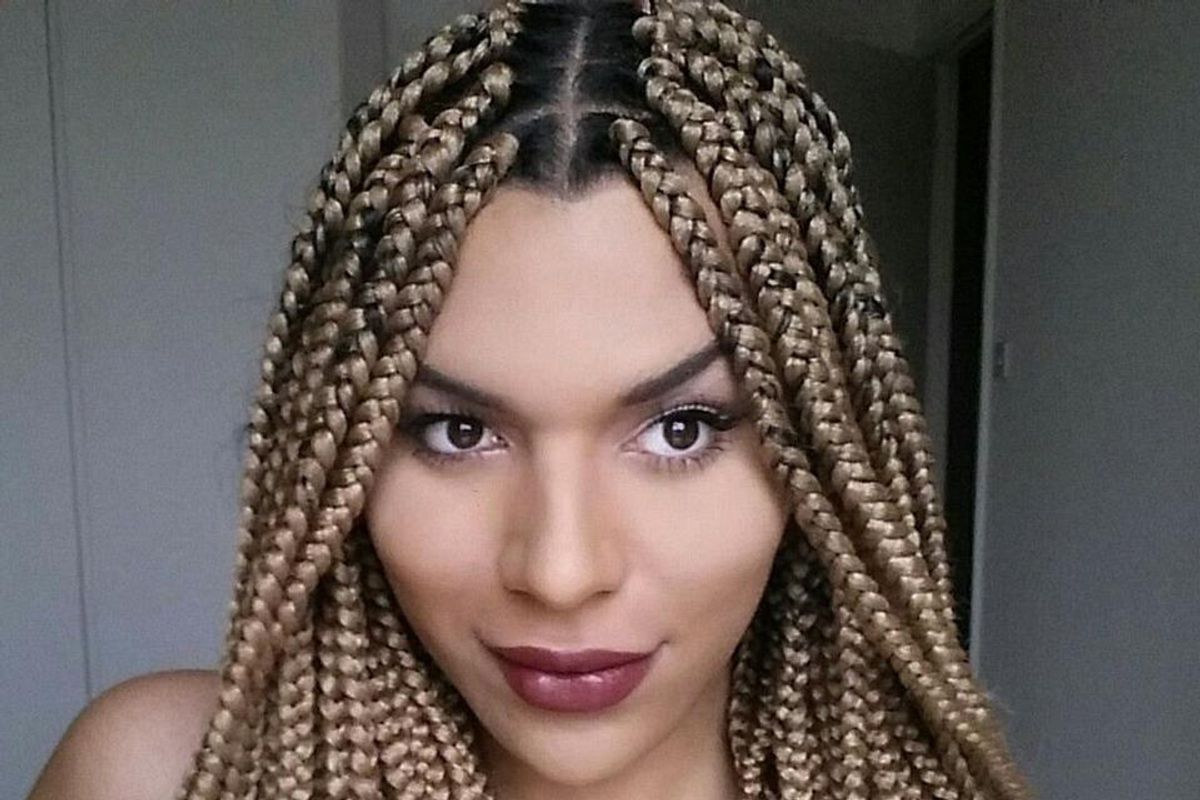 Earlier this week, L'Oréal announced that transgender model and activist Munroe Bergdorf would be one of the faces of its new diversity initiative (and the first ever transgender model to front a campaign for the UK brand). Now the company has let Bergdorf go from that position, after discovering the model had written on Facebook about the enduring legacy of racism in the wake of Charlottesville.

"Honestly I don't have energy to talk about the racial violence of white people any more. Yes ALL white people," Bergdorf wrote. "Because most of ya'll don't even realise or refuse to acknowledge that your existence, privilege and success as a race is built on the backs, blood and death of people of colour."

L'Oréal publicly announced the decision to let Bergdorf from the campaign in a statement that read, "L'Oréal supports diversity and tolerance towards all people irrespective of their race, background, gender and religion."

L'Oréal champions diversity. Comments by Munroe Bergdorf are at odds with our values and so we have decided to end our partnership with her.
— L'Oréal Paris UK (@LOrealParisUK) September 1, 2017


Bergdorf posted to Facebook about the decision, writing, "When I stated that "all white people are racist", I was addressing that fact that western society as a whole, is a SYSTEM rooted in white supremacy - designed to benefit, prioritise and protect white people before anyone of any other race. Unknowingly, white people are SOCIALISED to be racist from birth onwards. It is not something genetic. No one is born racist."

She added, "So when a transgender woman of colour, who has been selected to front up a big brand campaign to combat discrimination and lack of diversity in the beauty industry, speaks on her actual lived experience of being discriminated against because of her race and identifies the root of where that discrimination lies - white supremacy and systemic racism - that big brand cannot simply state that her thoughts are not "in line with the ethics of the brand."

She continued, "The irony of all this is that L'Oréal Paris invited me to be part of a beauty campaign that 'stands for diversity'. The fact that up until very recently, there has been next to no mainstream brands offering makeup for black women and ethnic minorities, is in itself due to racism within the industry. Most big brands did not want to sell to black women. Most big brands did not want to acknowledge that there was a HUGE demographic that was being ignored. Because they did not believe that there was MONEY to be made in selling beauty products to ethnic minorities."

You can read her whole statement here:

Firing a model hired to front a "diversity" campaign for calling out racism is peak irony, and could certainly have a chilling effect on other people in public positions who might otherwise call out systematic injustice. Do better, L'Oréal.