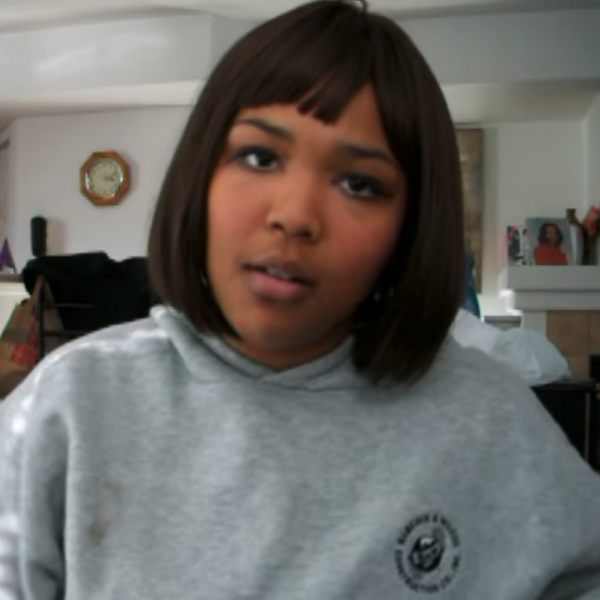 Lizzo might be dropping magazine covers galore, performing at award shows and scoring Top 10 hits now, but she's been hustling since she was a college flute major. That means, she went through the modern pop star's rite of passage: a period of uploading grainy videos of herself doing acoustic covers of Top 40 bops to a YouTube channel with less than 1,000 subscribers. Because she's Lizzo, they often include a flute.

Doing God's work, Uproxx unearthed Lizzo's old YouTube channel @lizzomusic, which was founded in 2009 and currently has 993 subscribers. For context, Lizzo currently has four million followers between Instagram and Twitter. It went radio silent in 2013, around the time she dropped her hip-hop debut EP Lizzobangers, and started making waves.

The channel is full of gems that Lizzo recorded as an exuberant, adorable 23-year-old (with bangs!). Its offerings include two Lizzo covers of pop classics.

"Hey! Bored & playing around with music again. Found the chords and decided to have some fun. Thanks for watching! :)" she writes, introducing her impassioned piano cover of Adele's "Someone Like You."

Meanwhile she opens the recording of her flute rendition of Jay Z's "Empire State of Mind" with a quick "Hellooo, I'm snowed in, so, let's go!" wearing a grey hoodie at her dining room table. "Hola! I'm just messin around, snowed in and boooored!" she wrote in the bio, also linking to her Myspace page.

The channel also includes a proto-Lizzo original "Ghosts," one of the bluesy songs she performed as a part of her Houston-based indie rock quintet Ellypseas, which Houston Press once described as "jazz-rock leanings brush shoulders with spaced-out sonics, occasional shards of brittle psychedelia, lead singer/flautist Lizzo's soulful vocals, rhythmic playfulness and grandiose tendencies that rival any prog standard-bearer. Did we mention the flute?"

Even without the costumes and back-up dancers, Lizzo always had charisma. Now watch her spectacular Tiny Desk Concert to witness the glow-up. Also, bring back the bob!