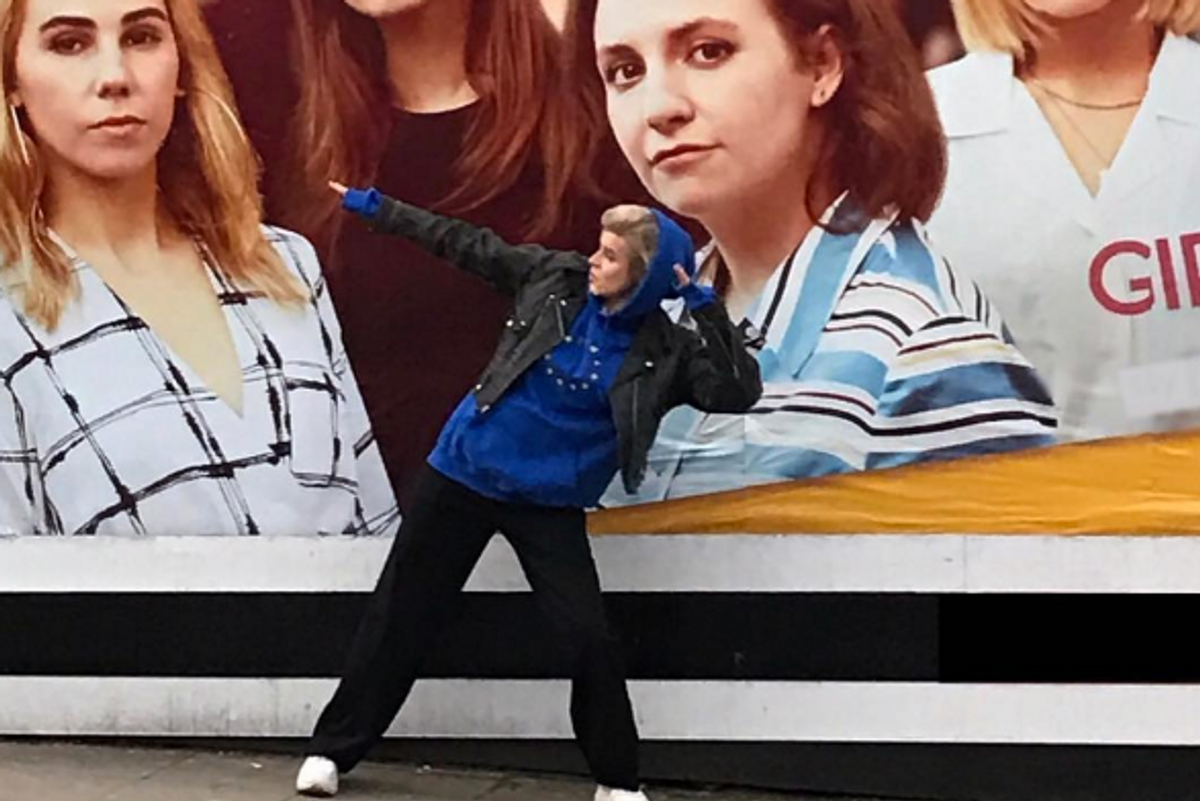 Listen to a New Robyn Song, Which Debuted in Last Night's Episode of 'Girls'

This is the final season of HBO favorite Girls and apparently Lena Dunham wants to do a few throwbacks to the show's beginning. On last night's episode (only four more until it's all over...RIP), a new Robyn song was premiered and it was impossible to not have vivid flashbacks to Hannah Horvath's iconic dance party to the singer's "Dancing On My Own" back in the show's first season.

In a new Instagram post, Robyn discussed how the new song, called "Honey," came to be featured. Citing Lena Dunhman's usage of "Dancing On My Own" in Girls' first season as "the most amazing way," Robyn continued, saying, "I was so happy she asked me if she could put another of my songs in the series." The Swedish popstar was apparently really honored by the request, mentioning that the song "wasn't ready to be released, but I finished this version for her and Girls."

Lena Dunham followed suit, taking to Instagram to post about the track's debut herself. Posting a picture of Robyn ("the queen of space and sound") hilariously posing in front of a Girls billboard, Lena claimed that "it was the biggest honor to have @robynkonichiwa create a version of a track from her upcoming album just for the show." After all, as Lena claimed in the post, "Hannah would not be Hannah without a lot of dancing on her own."

Listen to a rip of the new track below.