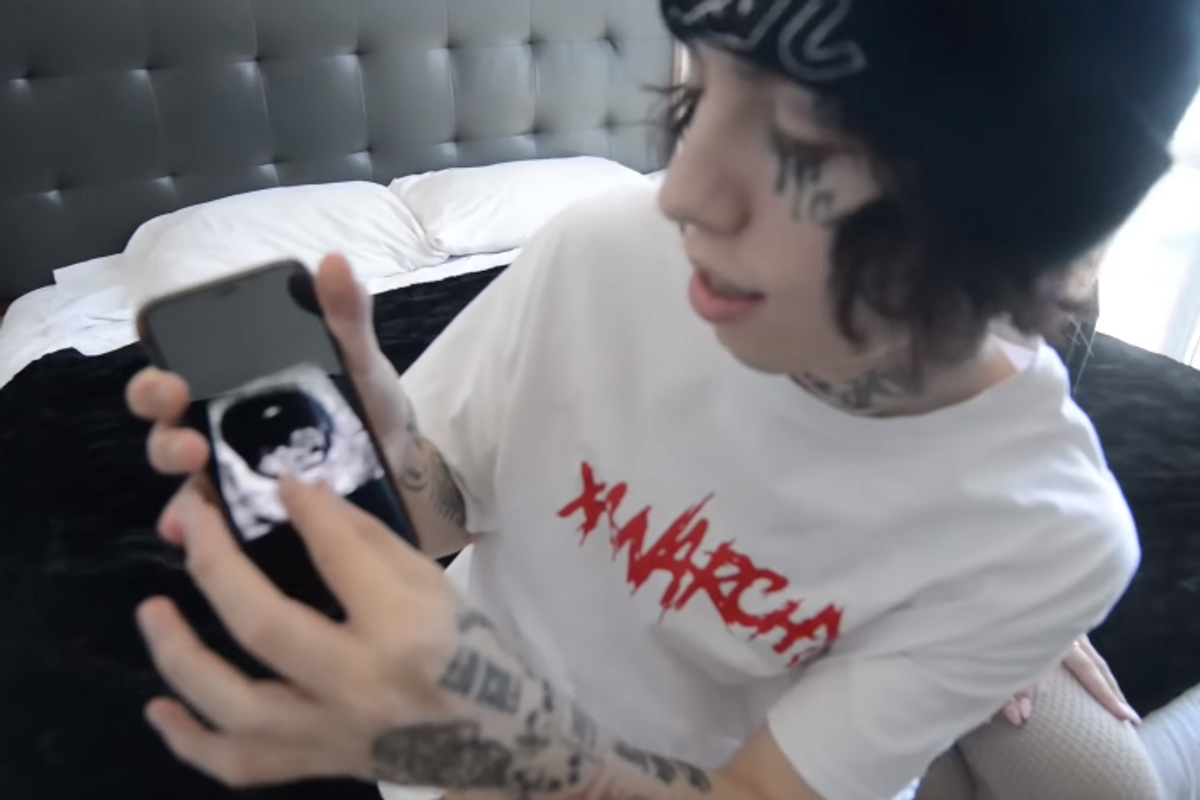 Are Lil Xan and His Girlfriend Faking a Pregnancy For Likes?

What's better than a pregnancy conspiracy? Nothing. That viral clip of Beyoncé's possibly-fake baby belly is still fascinating eight years later, as are the numerous other secret surrogate theories that float around Hollywood. Now Soundcloud rapper Lil Xan and his girlfriend Annie Smith may have just given birth (sorry) to pop culture's next big fake baby rumor, and we're intrigued.

To back track, Xan and Smith announced their impending parenthood on Instagram earlier this month. They're a new couple — Xan broke up with Noah Cyrus just five months ago — but apparently a committed one. Xan posted a photo of himself and Smith accompanied by an emotional caption confirming that his fatherhood announcement was "official." He said he'd "never felt more happy," and jokingly invited fans to the gender reveal party. Smith posted a similar caption, and added "mommy to be" to her Instagram bio.

Here's where things get suspect. Xan and Smith have been dutifully chronicling their pregnancy journey on social media, especially on Smith's YouTube channel. In the age of Cardi B and Kulture, babies get big clicks! On Friday, Smith uploaded a video in which she and Xan shared supposed ultrasound images of their child. It's about what you'd expect — Xan takes a look at the photo and jokes about trying to find the baby's penis.

Eagle eyed fans started speculating about the ultrasound's credibility soon after the video went live. Smith says in the video that doctors have placed her pregnancy at around nine weeks, and if you Google search "9 week ultrasound," an eerily similar image pops up on the first page of results.

Smith has already issued a strong denial, telling E! that she finds the rumors upsetting. "When I posted my YouTube video with my ultrasound pictures, a girl (I'm not going to comment on who) photoshopped them with another persons name, year, birthday etc, and uploaded them to Google," she said. "I'm honestly really disappointed."

Unfortunately, Smith's story doesn't add up.The ultrasound image returned by Google appears to be sourced from a YouTube video uploaded by an expectant mother in 2009. Did the troll manage to travel ten years back in time? Seems unlikely.

To be fair, a fake ultrasound doesn't necessarily mean a fake pregnancy — it's possible that the couple were desperate to give fans some fun baby content (again: clicks!) but hadn't visited a doctor yet. Note that Lil Xan, who once went viral for eating too many Flamin' Hot Cheetos, is a master of social media stunting.