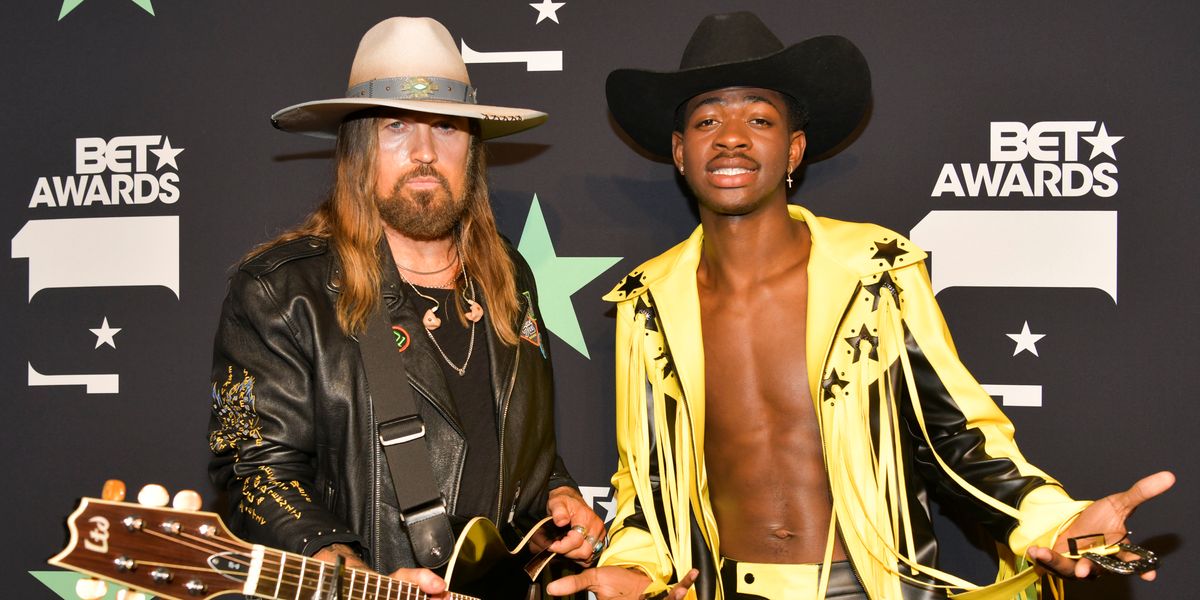 Bringing the "ride till I can't no more" lyric to life, Lil Nas and Cyrus opened the song by riding on an empty red carpet toward the performance entrance atop horses. This was captured as a video montage, which also featured tumbleweeds. Forever on-theme, these two.

On the stage, set like a saloon, the pair sang their chart-topping hit among dancing cowgirls in daisy dukes and all other such cowperson regalia. Lil Nas amped up the camp factor in a bright yellow fringe jacket and matching pants and boots lined with stars.

Just last week, Lil Nas released his debut 7 EP with the original version of "Old Town Road" and its now ubiquitous Cyrus remix. Since it has been in the zeitgeist, the collaboration has become something of a (necessary) lightning rod, yielding controversial fashion collaborations with Wrangler and opening up discussions about race, the charts, and who gets to "own" the legacy of country music.

Either way, it says a lot that the BET Awards, a historically Black awards show highlighting the entertainment industry's brightest stars, is a stage upon which a performance like this can occur. Most of all, it says that Black contributions to country music can never be erased.