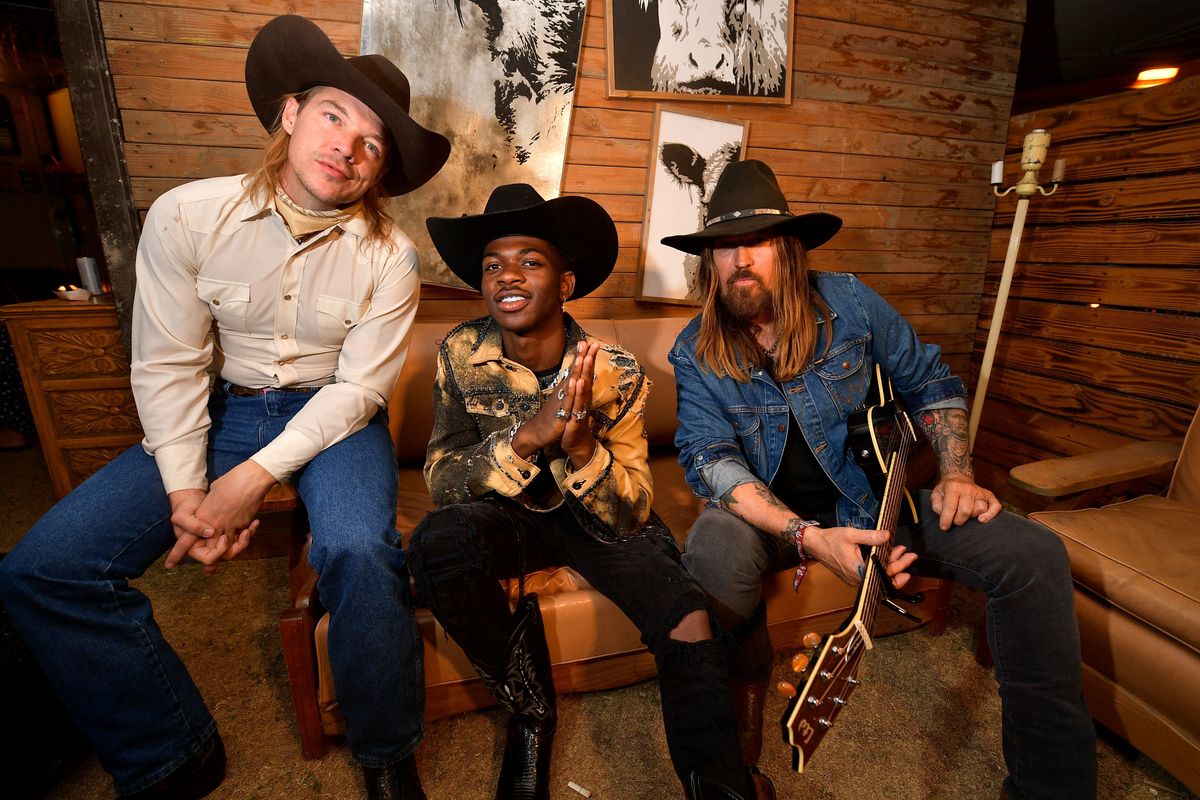 Everyone is addicted to Lil Nas X's post-genre yeehaw anthem "Old Town Road." The Billy Ray Cyrus remix just finished its third week at #1 on the Billboard Hot 100. CupcakKe recently dropped her own x-rated version, aptly re-titled "Old Town Hoe." Dave East thinks it's "wack" but he's the only one (and Lil Nas X "doesn't give a fuck" anyway). Despite the mania, however, "Old Town Road" had never been heard live until last night, when Diplo, a noted advocate for music journalism, brought out Lil Nas X and Billy Ray Cyrus to help him finish off his set at California country music festival Stagecoach.

"This is the best way to end Stagecoach," Diplo argued, from behind the bales of hay which served as a DJ stand, before the song's opening notes made the crowd roar. Lil Nas X made a compelling case for the claim. Strutting around in full yeehaw uniform, he had every cowboy hat and every iPhone in the audience in the air, to capture the "Old Town Road" milestone.

Seeing a rapper at Stagecoach was also likely a milestone for attendees, as the festival is headlined by pure-country folks like Luke Bryan, Sam Hunt, Dierks Bentley, Kenny Chesney and Shania Twain.

It was only a matter of time until Diplo tried his hand at "Old Town Road." He's been hitting the gas on all things yeehaw since announcing his new country project under the name Thomas Wesley, and sharing his first country single "So Long" ft. Cam.

His album was probably in the works before "Old Town Road," but surely Lil Nas X's irreverent approach to genre has emboldened the electronic producer in his quest to become our next reverse-crossover country sensation. Diplo has promised "several forthcoming collaborations with country artists," and dropped names like Zac Brown, Thomas Rhett and Sam Hunt and Sturgill Simpson.