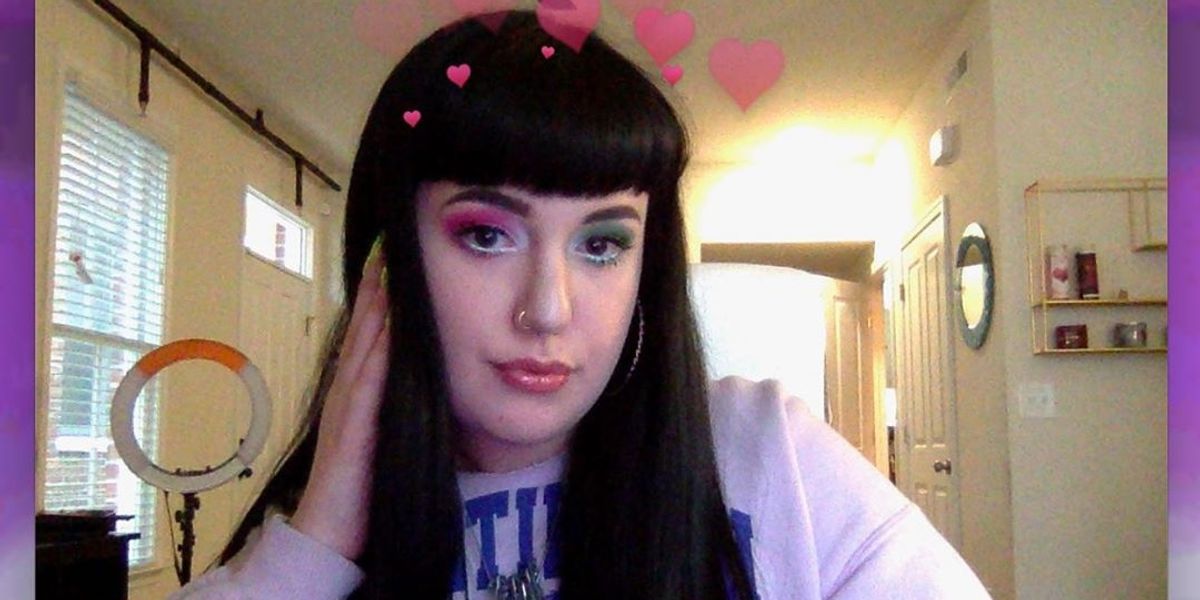 "Don't you wanna know, baby/ How wet the audio made me?" questions DJ/producer Lez Pop on her new single, "Audio Baby" — a sexy track that jams robotic vocals against sinful synths and bone-crushing bass. "I crank the audio, baby," she repeats for nearly three minutes straight, sprinkling in brags about a "new Mercedes." It's simple yet effective, and ultimately makes you want to know everything about the artist behind the moniker.

"I'm heavily inspired by noise pop, witch house, female rap and hyperpop artists, with techno influences, as well," Lez Pop tells PAPER. "What I love most about producing music is experimenting with different techniques and genres. All my pop idols, musical influences and inspirations have shaped my music in one way or another."

Lez Pop Records was founded in fall 2018 by Lez Pop, who then performed as Mo McG (AKA Baby Momo) in Richmond, Virginia alongside her partner DJ DES. The independent label and recording studio aims to create space for all LGBTQ people through pop music. "We prioritize those who are trans, femme, lesbian, especially those whose identities intersect marginalized races and ethnicities, as well as those who are poor and/or disabled," the label writes on Facebook.

Lez Pop attributes her growth as both an artist and label head to Richmond, where "the queer music community is so strong and supportive," she says. "My good friend, DJ ArchAngel, is a local icon, musician, DJ and community organizer. She encouraged me to start DJing publicly for her Ice Cream Social dance party series a couple years back, and that is what gave me the confidence to start putting mixes/music out and performing live."

For New Year's Eve, Lez Pop created an exclusive mix that prioritizes femme artists, featuring PAPER favorites like SOPHIE, Brooke Candy, Teyana Taylor and Ayesha Erotica. "This mix represents everything Lez Pop is about: futuristic pop dance music that doesn't take itself too seriously," she says. "There is such a lack of visibility when it comes to women and nonbinary DJs and music producers, but we're out here. We just need to be heard and recognized. Lez Pop wants to see more femme visibility in the music industry in 2020."

Also in the New Year, Lez Pop plans to release an EP that includes artists closely connected to the label alongside her own solo material. Beyond "Audio Baby," Lez Pop has previously dropped experimental dance songs like "Big Dyke Energy," "W.T.F." and "Bad," all of which offer a taste of her unapologetic, tongue-in-cheek approach to production. Get into Lez Pop's NYE Mix for PAPER, below.