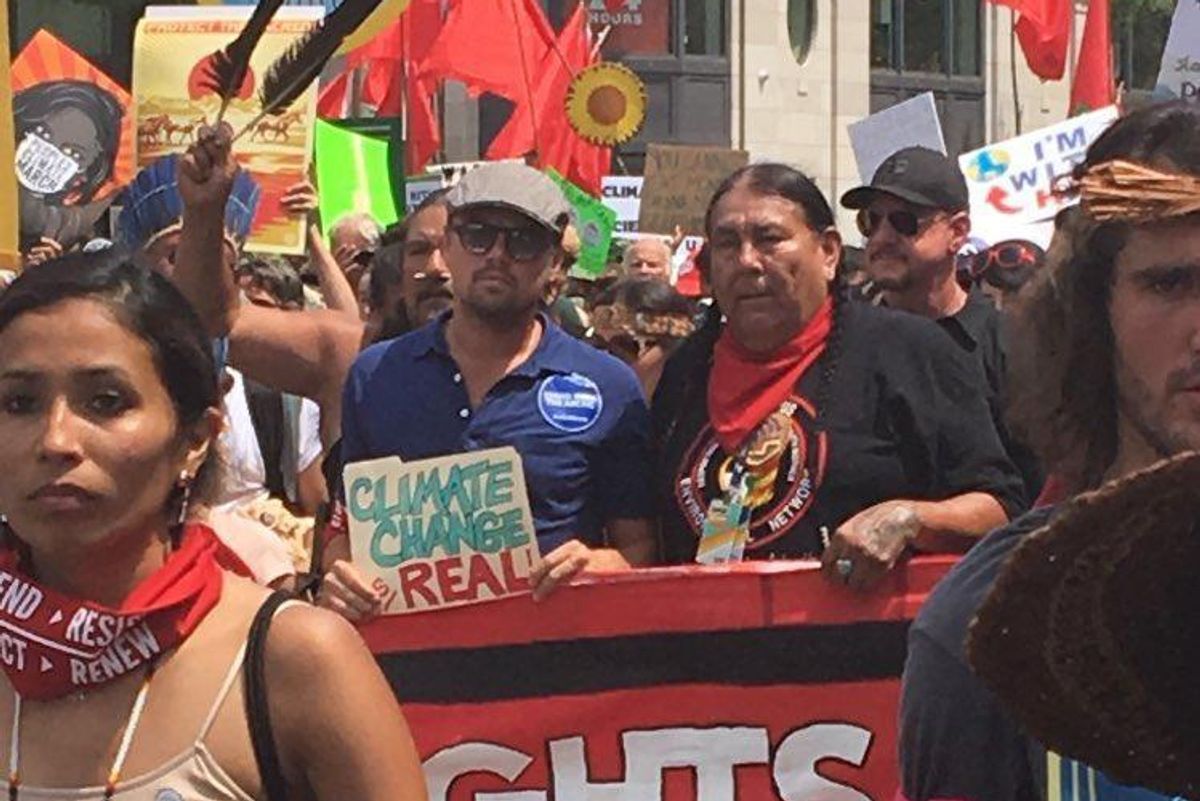 Leonardo DiCaprio Marched on Washington with the People's Climate March

A famous face popped up at the climate march in DC. Leonardo DiCaprio joins in on the protest. See item NA-34SA. pic.twitter.com/e8d65VmwwH
— CNN Newsource (@CNNNewsource) April 29, 2017

hi hello I'm currently at the People's Climate March in D.C. and Leonardo DiCaprio is 5ft from me pic.twitter.com/S7NMhEsWDp
— Izzy (@lzzer) April 29, 2017

The current administration has been notoriously inept at addressing the realities of climate change, with Trump even claiming that climate change was a hoax perpetuated by the Chinese.

Thousands of people attended the march which was held on Trump's 100th day in office to protest both his inaction on the issue and its proliferation.