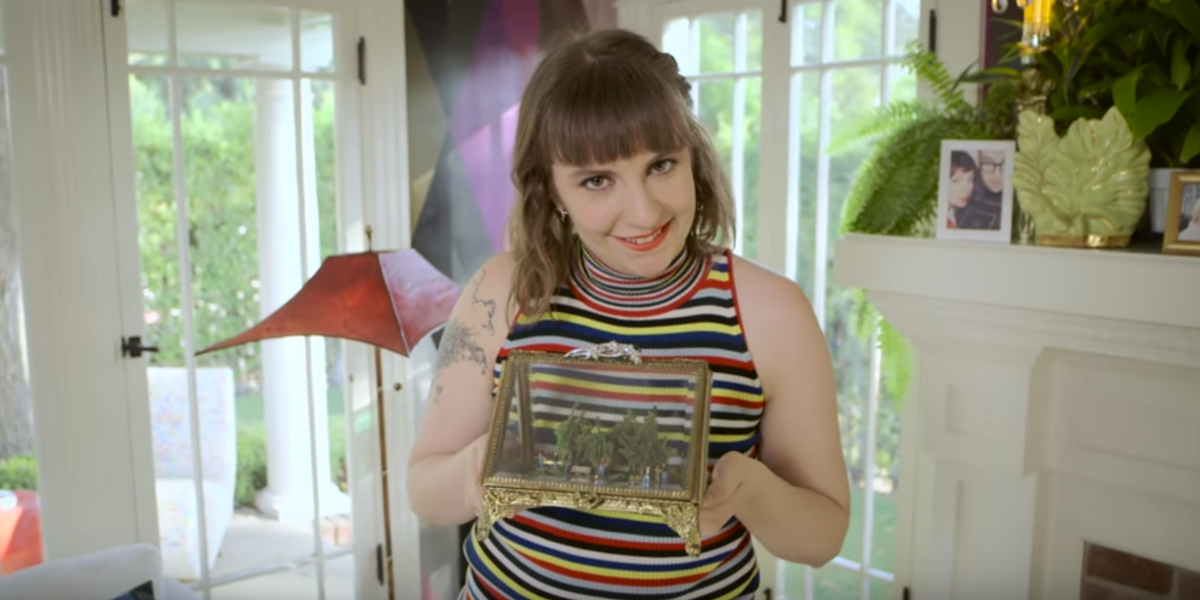 Despite being the complete contradiction to what an interview should be given its very well-rehearsed nature, Vogue's 73 Questions–likely unintentionally–really does seem to capture the true essence of each of its subjects.

Emma Stone was delightfully awkward, Taylor Swift was terrifying, Kendall Jenner was appeasing but really not having a bar of any of it and now Lena Dunham – who was pretty much exactly what you might expect.

Here are some of our favourite parts:

We open on Lena reading a book written by a 99 year-old which is "really exciting", though she hasn't finished The Great Gatsby – the classic American novel in which every character's lack of self-awareness leads to their demise.

Lena, bless, does less of a bang-up job than her predecessors of pretending to actually listen to the questions, but that's okay. She also has a room dedicated to "queer and feminist resistance in our important foremothers and forefathers" or the "lady room" for short. Why not!

Lena never wears a bra! Lucky for some! x

Lena says Jemima gets the most drunk at Girls' wrap parties! Get it Jemima!

Lena turns a question about her "favorite naked scene" into a fun Girls' trivia about how the mesh shirt she once showed her nipples through is now owned by The Museum of Television and Radio. Fast times.

Lena has doll versions of herself and Jack Antonoff, the interviewer asks if she would feel it if he were to poke the Lena doll. [Delayed] chaos ensues.


Lena looks up to "the activists that came before [her] that made it possible for [her] to have the right to choose."

Lena is most scared of "being misunderstood." If only she knew she has nothing to be afraid of--we all understand her very well.

Lena's next tattoo is going to "nasty" on her butt. Will be interesting to see what happens in several years when the (presumed?) Clinton-context isn't immediately clear and you have to explain it.

Lena had a diorama made for her of a park where a lot of men went cruising, because why not preserve in glass the place where homosexual men were forced to conduct covert liaisons because homosexuality was socially reprehensible. Glass ceiling! Metaphor! "Yas"!

Watch Lena be Lena below, and enjoy all the musings of a middle-aged woman who prides herself on being #woke, trapped in the body of your friend who wears turtlenecks braless and corrects misspelled words in the group chat.