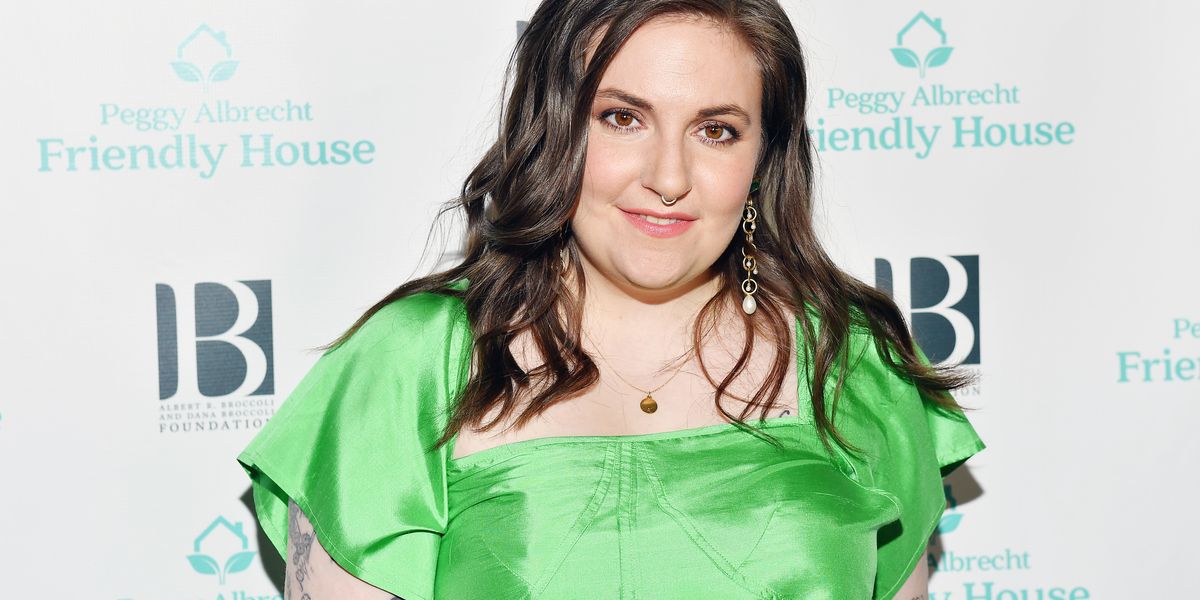 Lena Dunham recently revealed what she's been up to in the two years since she split from long-time boyfriend, Jack Antonoff — and, needless to say, they've been quite eventful.

For one, she decided to tackle her health issues head-on by going to rehab and getting a hysterectomy in order to treat her endometriosis. Not only that, but she also apparently got engaged six months after her breakup from Antonoff.

In a new cover interview for Cosmopolitan UK, Dunham revealed that she kept dating after they broke up. And, as a result, she was briefly engaged to a guy who, according to the publication, "proposed with the lace of a Timberland boot while they were snowed in at her parent's apartment."

"I'd just had a hysterectomy, I'd broken up with my boyfriend, I was in the process of breaking up with my business partner — I had no business buying a pair of shoes, [let alone] getting engaged," she explained. "Then I just went, 'You know what? I've been dating since I was 15 years old. I'm allowed to take a break.'"

That said, this realization has had a profound impact on her life since, as Dunham says she's been "totally single" for the past 14 months — a decision that has brought her "a lot of clarity," not to mention "the best time of my life."

"I realized that until I was in a dynamic with someone who made me feel super-safe, I didn't want to do it," Dunham said. "People right now will go, 'Oh my god, you haven't had sex in over a year,' and I'm like, 'No, actually it's been the most healing thing.'"

That said, this mindset is also something she believes is also linked to her sobriety, as she went on to explain that, "sobriety for me means so much more than just not doing drugs."

"It also means that I abstain from negative relationships. It means I've taken a hiatus from dating, which has been amazing for me," Dunham continued, before talking about her romantic future.

"Here's the thing: if I meet someone who I think would be great to raise children with, that's wonderful, but I've compromised on too many things in my life," she said. "I'm not going to compromise on that."