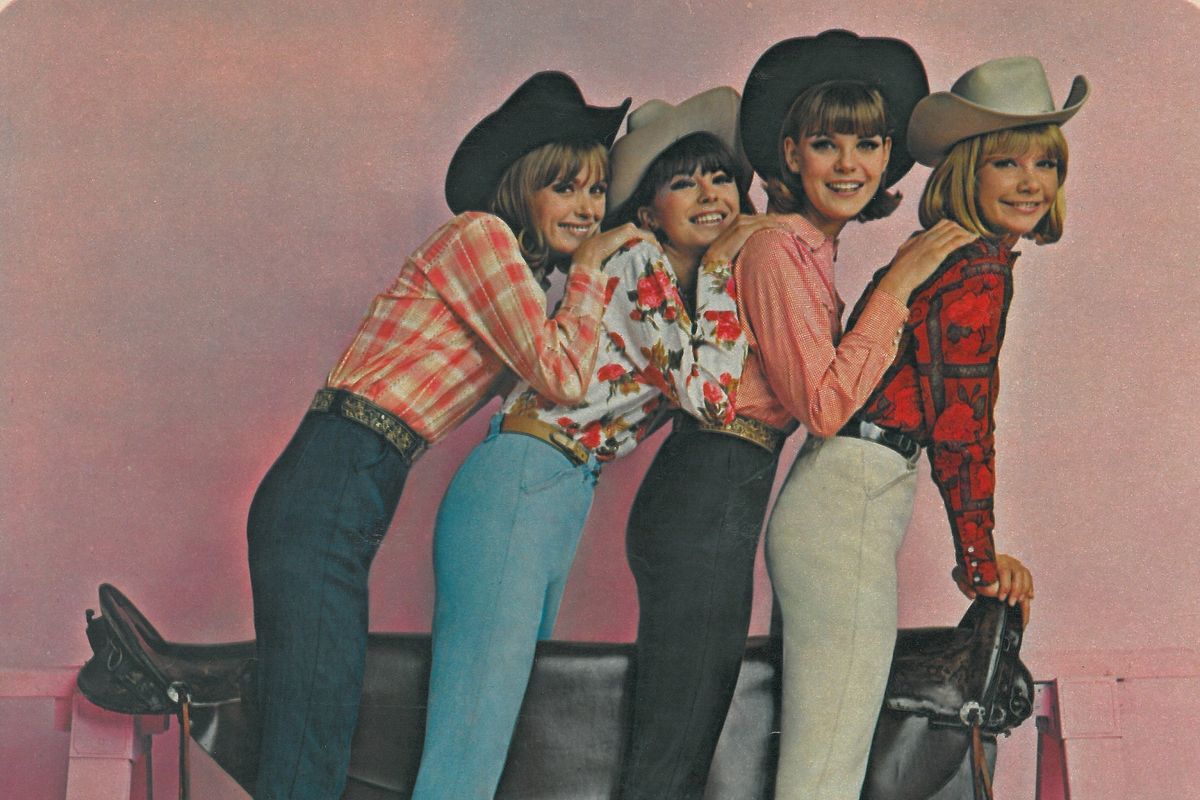 Denim's not dead. Jeggings had a good run in the early-mid '10s but heading into the roaring '20s redux, jeans have firmly re-established themselves as the people's pants. With the advent of the plus-size fashion revolution, a greater focus on sustainability and clothing that lasts more than a season, and ever-mutating trend DNA, jeans are cooler, more wearable and more inclusive than ever.

Lee is one of the secret weapons behind denim's staying power. For 130 years, the brand has created timeless, quality products, while keeping up with society's demands and each generation's capricious tastes.

The heritage brand's record of versatility speaks for itself. Launching in 1889 and debuting the "Union-all," one-piece workwear for farmers, miners and railroad workers a few years later, Lee blazed new trails heading into the 20th century. They were among the first brands to recognize women as workers and consumers, launching their first women's denim, the Ladies Lee Riders, in 1947. Later, during WWII, Lee outfitted masses of women stepping into the workforce for the very first time.

When the troops came home, denim quickly became synonymous with Hollywood, glamour and the American West. Lee was right there, dressing both movie stars and farmers. A well-worn pair of Lees hug James Dean in 1954's East of Eden (his favorite jeans were the 101Z Riders). A famous shot of Marilyn Monroe from the set of 1961's The Misfits, shows the bombshell with a Lee Riders jacket casually thrown over a white button-up. When the masses wanted to look like their favorite movie stars, Lee obliged, committed to balancing price and quality. By 1970, Lee was the number one denim outfitter for women.

On their 130th birthday, Lee is taking stock of where they came from with two special collections. Their first line, dubbed the "Lee Reissue" collection, replicates and re-releases four historical pieces from Lee's archives, recreating them in detail down to authentic thread choices, hardware and manufacturing process.

Being "Reissued" is the Marilyn Monroe-approved Riders Jacket, as well as the original working girl's Ladies Lee Riders. Answering the call of Yeehaw, "Lee Reissue" also revives Lee's Western-inspired boot cut jeans, the Frontier Lady, which debuted in 1952, just as cowboys were taking over the American imagination (High Noon and Lone Star were among the dozens of Westerns released that year). Finally, the collection reboots Lee's second-ever style for women (which first inspired the nickname "jeans" for the brand), the utilitarian, sharply cut All-Purpose Blue Jeans.

Although the "Lee Reissue" pieces are plucked from between 1947 and 1952, the pieces look right at home in 2019 thanks to our nostalgic cultural tendencies.

With their second archival collection, "Lee Vintage Modern," Lee reminds us that they popularized the inspirations for today's nostalgic trends. Lee were making "mom jeans" when they were simply called "jeans."

Both collections are 20th century time-warps, which speak to our 21st century nostalgia. On a deeper level, their appeal proves just how much the stories told by our denim mean to us today. Maybe that's the reason jeans will never die.