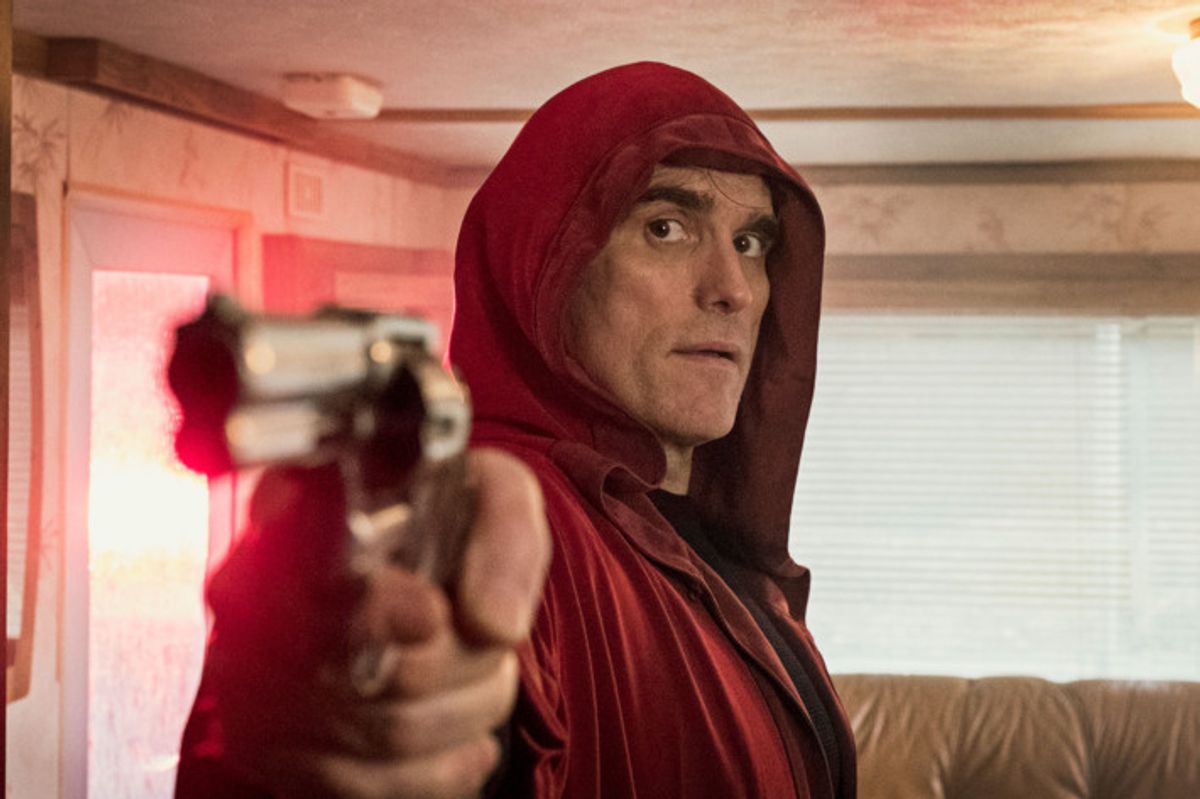 This was the first film that Von Trier has shown at Cannes since he joked at a Melancholia press conference in 2011 that he "understands Hitler." We were warned that the man who brought you Nymphomaniac and Melancholia's latest film, The House That Jack Built, would have paramedics on hand at the premiere of the particularly brutal feature, but it sounds as if very few audience members even made it through to the end. Why? Because the Matt Dillon-starring serial killer flick, apparently set in the 1970s in a small American town, is entirely about a homicidal maniac who considers his gratuitous torture and killing "art," with numerous allusions to America's most horrifying crimes.

Needless to say 100 people left the cinema, and the reviews have already come in thick and fast.

so so soooooo many walkouts during THE HOUSE THAT JACK BUILT but jeez louise the people that stayed launch into mas… https://t.co/LbrVn3By2W
— Aaron Michael (@Aaron Michael)1526342047.0

The BBC 's critic was apparently all for it, writing: "I was challenged, appalled and amused by von Trier's mischievous deconstruction of the serial-killer genre, as well as being impressed by his uncompromising bravado and technical brillianceYou may be tempted to walk out of The House That Jack Built before then, but you'll definitely be talking about it afterwards."

Watch the trailer below, if you can.