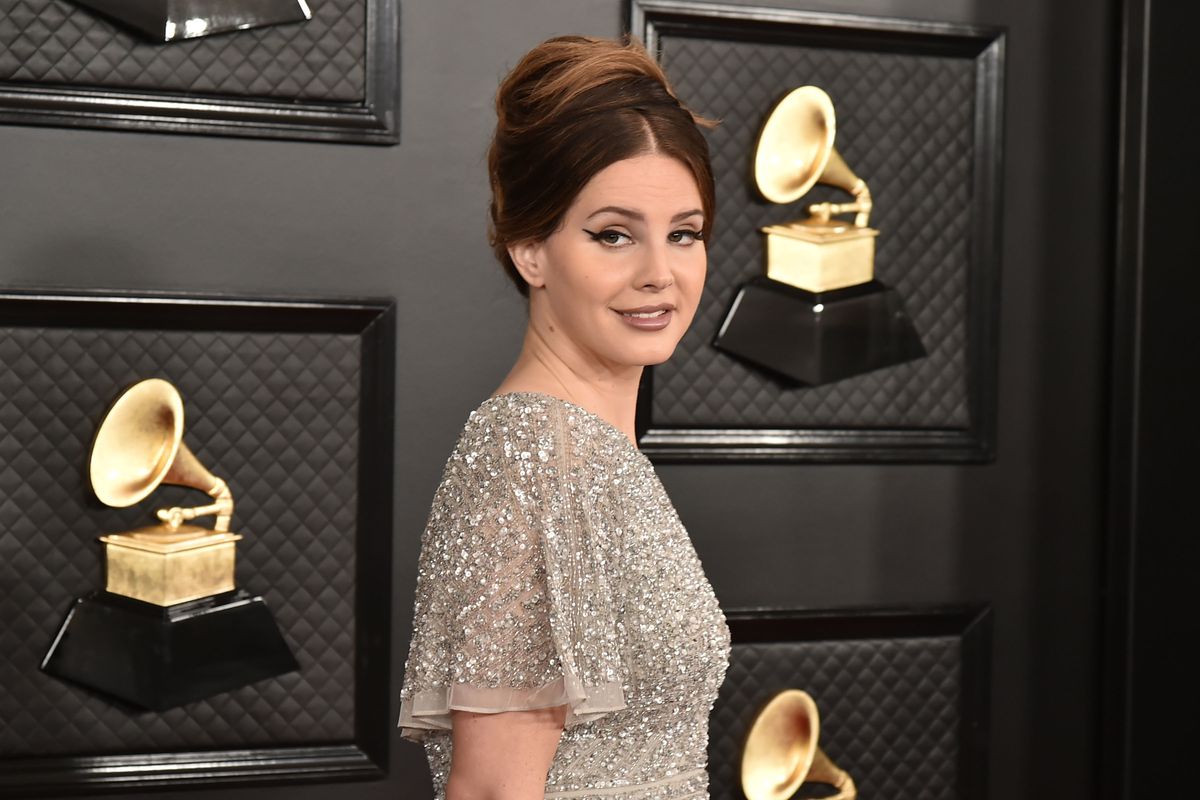 What the Hell Is Lana Del Rey Talking About?

Did Lana Del Rey wake up this morning, Google herself, and read a decade's worth of search results? This would explain the chaotic typewriter font stream-of-consciousness tirade the singer posted to Instagram today, ruing her years of being unfairly dismissed and criticized because of the themes of her music.

The singer also announced her next album (title unconfirmed, though she previously said White Hot Forever was the name of her Norman Fucking Rockwell! follow-up), due September 5. This news is being overshadowed, however, by the fact that she scornfully namechecks seven other pop artists, mostly women of color with massive fandoms, in the first sentence.

"Now that Doja Cat, Ariana, Camila, Cardi B, Kehlani and Nicki Minaj and Beyoncé have had number ones with songs about being sexy, wearing no clothes, fucking, cheating etc - can I please go back to singing about being embodied, feeling beautiful by being in love even if the relationship is not perfect, or dancing for money - or whatever I want - without being crucified or saying that I'm glamorizing abuse??????" she wrote.

It's true that Del Rey has been accused of making it seem cool and sexy to be in a relationship with people who didn't treat you well. However, the critiques Del Rey points to weren't really about sexuality in her lyrics, but rather, lines like the "Ultraviolence," zinger where she sings: "He hit me and it felt like a kiss" in (a lyric borrowed from The Crystals' 1962 single of the same name). Her note is perplexing given that, unlike her, the Black women she names consistently face backlash for being honest (or playful) about sexuality. Nicki Minaj's "Anaconda," which came out the same year as Ultraviolence, was ridiculed by plenty of listeners and critics.

i'm failing to comprehend lana's point because plenty, and i mean plenty of white women have had hundreds of hits s… https://t.co/qlDjGCDZnl
— amorphous (@amorphous)1590050905.0

For someone arguing for women's right to sing about whatever they want, there's a lot of contempt in Del Rey's tone for the other musicians she names. Stans are picking up on the reductive way she describes other women's music while suggesting that her art, a more serious or legitimate exploration of sexuality and complex relationships, has been censored. She's also being called out for implying she's been treated worse by the media than a group of mostly Black women, who critics still often fail to take seriously or write thoughtfully about. Not to mention the fact that she's more commercially successful than several of the artists she names.

"With all the topics women are finally allowed to explore I just want to say over the last ten years I think it's pathetic that my minor lyrical exploration detailing my sometimes submissive or passive roles in my relationships has often made people say I've set women back hundreds of years," she writes. It's likely someone did write this about Del Rey at some point, but plenty of people just thought she was inauthentic and corny. Lana's defense of her questionable lyrics? That's just life when you're as glamorous as her: "In reality I'm just a glamorous person singing about the realities…" she writes, later adding "I've been honest and optimistic about the challenging relationships I've had. News flash! That's just how it is for many women." Del Rey doesn't acknowledge that those critiques were often not about the depiction of "challenging relationships," but rather the seductive quality she ascribed to them.

Some are simply pointing out that the post feels out-of-date. Since her first few albums, critics have largely changed their tone about Del Rey's melodrama, retroactively deciding it was smart and self-aware. There is serious irony to Del Rey becoming an untouchable critical darling, with a packet glowing reviews (Norman Fucking Rockwell! was Pitchfork's 2019 album of the year), and suddenly deciding critics are her enemy. It would be iconic if the execution weren't so messy.

Del Rey specifically lashes out at "female writers" and "alt singers." She famously clashed with NPR's Ann Powers last year over the outlet's review of Norman Fucking Rockwell!, arguing (nonsensically) that she's never had a persona. Stereogum suggests that by "alt singers" Del Rey is again referring to another ancient slight: when Lorde dinged her in a FADER interview 2013: "She's great, but I listened to that Lana Del Rey record and the whole time I was just thinking it's so unhealthy for young girls to be listening to, you know: 'I'm nothing without you.' This sort of shirt-tugging, desperate, don't leave me stuff. That's not a good thing for young girls, even young people, to hear."

Lana Del Rey really threw a bunch of black women under the bus before saying that feminism needs to accommodate women like her. It's art.
— Zito (@Zito)1590072435.0

The essay is a mixed bag. Del Rey also points out that she was demonized because at the time she broke out, women in pop were expected to make happy, empowering music. "I also feel like it really paved the way for other women to stop 'putting on a happy face' and to just be able to say whatever the hell they wanted in their music," she writes, "Unlike my experience where if I even expressed a note of sadness in my first two records I was deemed literally hysterical as though it was literally the 1920s." This holds more water than the idea that she was unfairly critiqued for singing about sexuality or "difficult relationships."

If you're having trouble parsing Lana's ideas — apparently more on this topic is coming soon. "Anyway, none of this has anything to do about much," she writes. "But I'll be detailing some of my feelings in my next two books of poetry… And I'm sure there will be tinges of what I've been pondering in my new album."