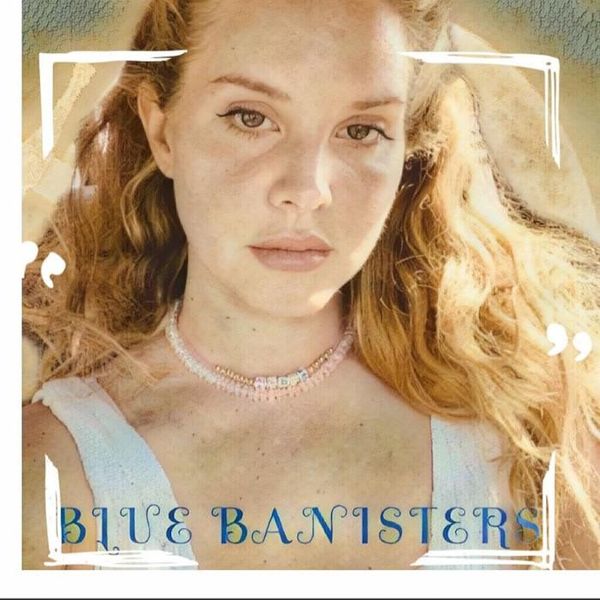 In case you were starting to look for Fourth of July plans, Lana Del Rey already has you covered.

Fresh off her latest full length, Chemtrails Over the Country Club, that came out just last month, Lana Del Rey has announced yet another album on the way, Blue Banisters, set to be released July 4. Technically, Del Rey did already announce a Chemtrails follow-up called Rock Candy Sweet that was supposedly set to materialize June 1, but it's not entirely clear whether or not that project was scrapped or it and Blue Banisters are one project. We'd say there's a high likelihood of the latter being true given that both records' cover art (which we'll be getting to in a second) share the exact same selfie of Del Rey.

Aside from a name change and rescheduled release date, there isn't a whole lot that we know about Blue Banisters apart from the cover art which is...a choice. Giving off some major "graphic design is my passion" energy, the artwork immediately elicited more than a few double takes and confused head scratches from many, already fully in the throes of PicsArt flashbacks.

Honestly, there's so much here to dig into from the almost Jokerman-esque font to the quotation marks outside of the white frame, the whole thing exudes an aura of a lower back butterfly tattoo. Is this actually camp? It's impossible to tell but at least the internet is having fun roasting it.