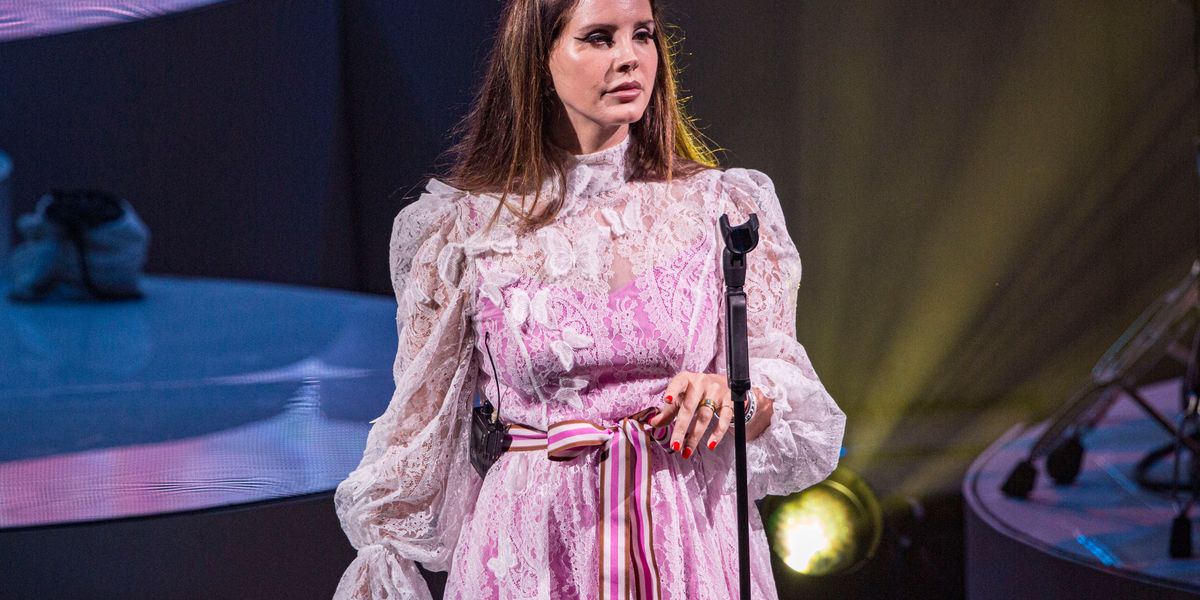 In September, we first became aware that that Lana Del Rey was romantically entwined with a cop. While in NYC for a couple Norman Fucking Rockwell! dates, the star was papped in Central Park looking very Christian Girl Fall with Sean Larkin, a police officer from Tulsa, Oklahoma. According to his Instagram bio, Larkin is a "full time popo," and "part time crossfitter" as well as consultant for police force reality shows LivePD and PD Cam.

It looks like Del Rey and Larkin are getting more serious. The musician took things Instagram official today with what honestly looks a bit like a daddy daughter photo. (Larkin, 46, has a 22-year-old daughter and a teenage son.)

Del Rey, who is beloved by many with ACAB in their Tinder bios, has certainly rankled some fans with her choice. Those who've been keeping up with her recent interviews (in which she's revealed that when she's not making songs protesting gun violence, she's "just at Starbucks, talking shit all day") were maybe less surprised to see her with a Middle American hero. Lana actually has a long list of head-scratcher rumored exes: G-Eazy, James Franco, Axl Rose, Marilyn Manson and Thirty Seconds to Mars' drummer Shannon Leto.

Imagine having Lana as your step-mom… actually, I really see that for her.