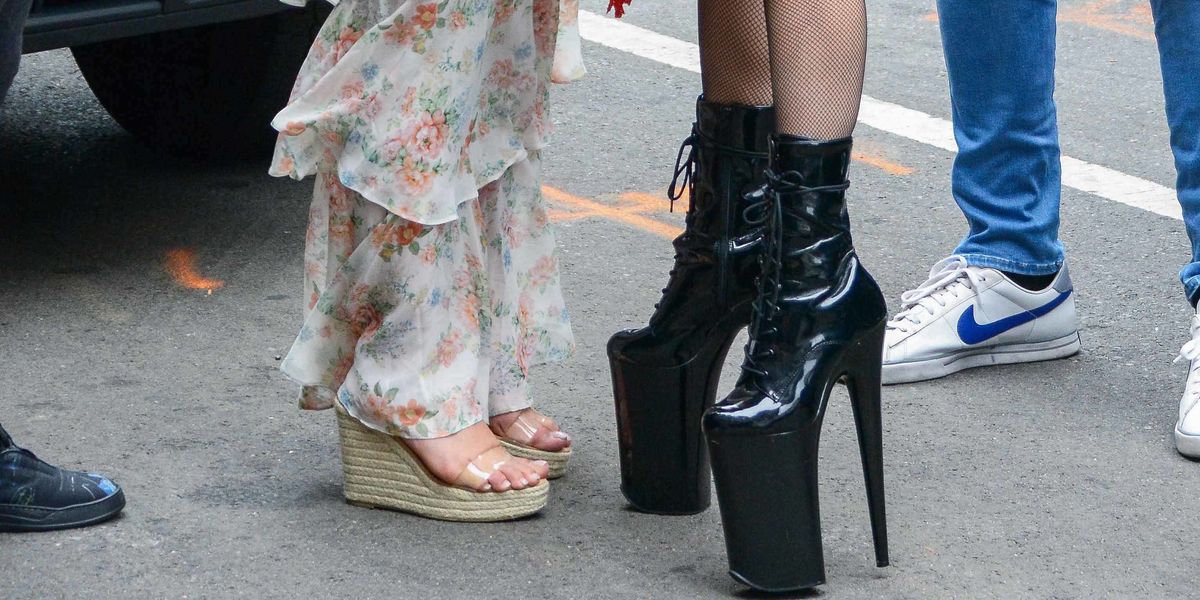 Lady Gaga Can Kill Me with Her 10-Inch Pleasers

There are just two ways I envision myself dying: Either bleeding to death in a lace white bodysuit before an audience of screaming fans while belting the lyrics to "Paparazzi" (Hello, VMA's), or having Lady Gaga herself take my life using the monstrous heel of her patent 10-inch pleaser. Because I was "Born This Way," I'd like to "Die This Way," too.

If you're a super fan of Mother Monster, you'll know she's somehow twisted the towering stripper shoe into an everyday staple. Where the majority of celebrities use paparazzi photo-ops to say "I'm just like you," wearing flip-flops or a casual grocery-run sandal, Gaga uses these moments to remind us she's completely unlike anyone. Standing only at 5'1", her pleasers quite literally elevate the pop star above the rest, putting every dirty sneaker and humble wedge to shame.

After an iconic stint in New York City last month, using the brief walk from her car door to recording studio entrance as a high-fashion editorial moment, Gaga's back in her hometown for another round of instantly iconic, head-to-toe looks. She's been frequenting the legendary Electric Lady Studios this week, where she's rumored to be creating material for a new album — the follow-up to 2016's country-pop extravaganza Joanne.

The way she's publicly capitalizing on these visits harks back to OG Gaga, when she critically analyzed — and amplified — celebrity culture through her debut album The Fame and subsequent live shows. There's nothing natural or everyday about Gaga leaving her black car, bodyguard nearby, as swarms of shrieking Little Monsters beg for hugs and autographs. Which is why she uses this 5-10 second moment of visibility to dramatize her position of power, demanding the attention of photographers and reminding us that fame is about entertainment — not reality.