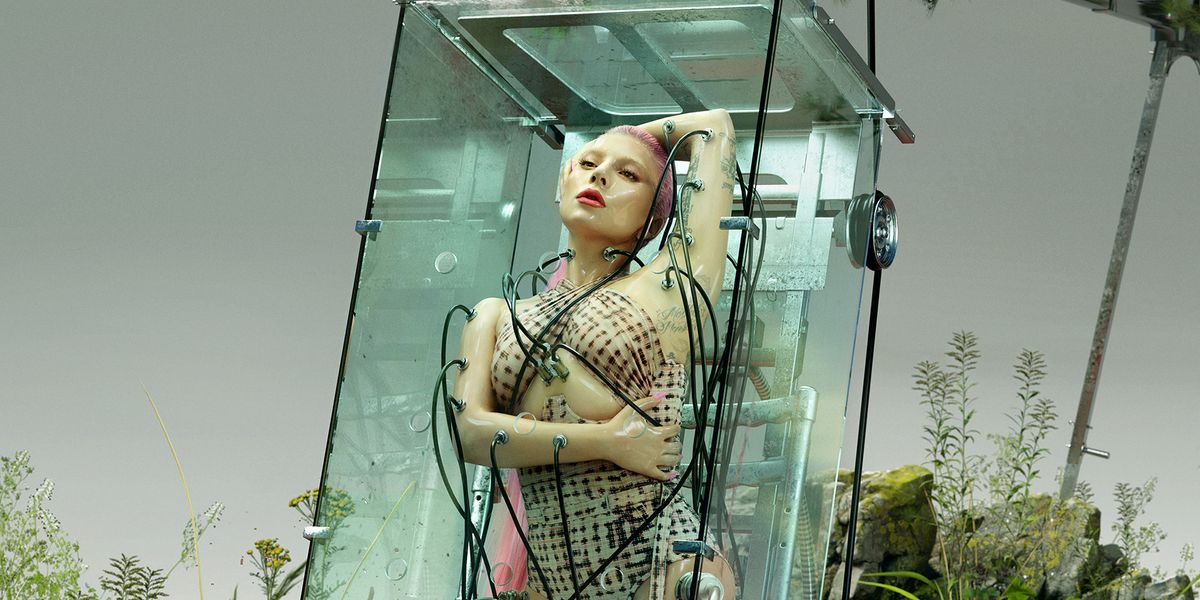 Lady Gaga Reveals the Origins of Her 'F' Tweet

"I'm trying to crack the code that is the algorithm of the Internet, and I will do so in various ways," Lady Gaga told InStyle's Sarah Cristobal for the magazine's May cover story, published today. Gaga's referring to her infamous sporadic social media posts that include statements ranging from "I don't remember ARTPOP" to simply the letter "f." Turns out there's no hidden message behind her strange tweets — she's just conducting some official R&D, and it's not for Haus Labs.

The "Stupid Love" singer recently announced that she'd be postponing the release of her new album Chromatica, to some time later in 2020. Originally scheduled with a spring release date, the follow-up to 2016's Joanne had its roll out delayed due to the global coronavirus outbreak. In the meantime, however, she's keeping the press up-to-date on the details of the record, her life experiences over the past several years, and especially her social media activity.

"You may not always understand why an 'f' tweet gets that many likes. Who knows why? It was just a social experiment," Gaga told InStyle of her sometimes strange Twitter presence. Earlier this year, she told PAPER something similar about her infamous "I don't remember ARTPOP" tweet: "I think it's funny that I'm not allowed to have a sense of humor. The internet is essentially a big joke, but if I tell one everyone freaks out. I don't regret my art, and I wouldn't suggest anyone do."

So as with all things Gaga, it turns out that there's a method to the madness. Little Monsters have been immensely intrigued by her random updates over the past year, so it's good to have some answers. A single letter can spawn a whole host of memes on Gaga stan Twitter.

Perhaps memes made out of the letter "f" are a signal that Little Monsters have been starved of new content for far too long. At least they have "Stupid Love" to carry them through these trying times; they may be Chromatica-less, but they are resilient.