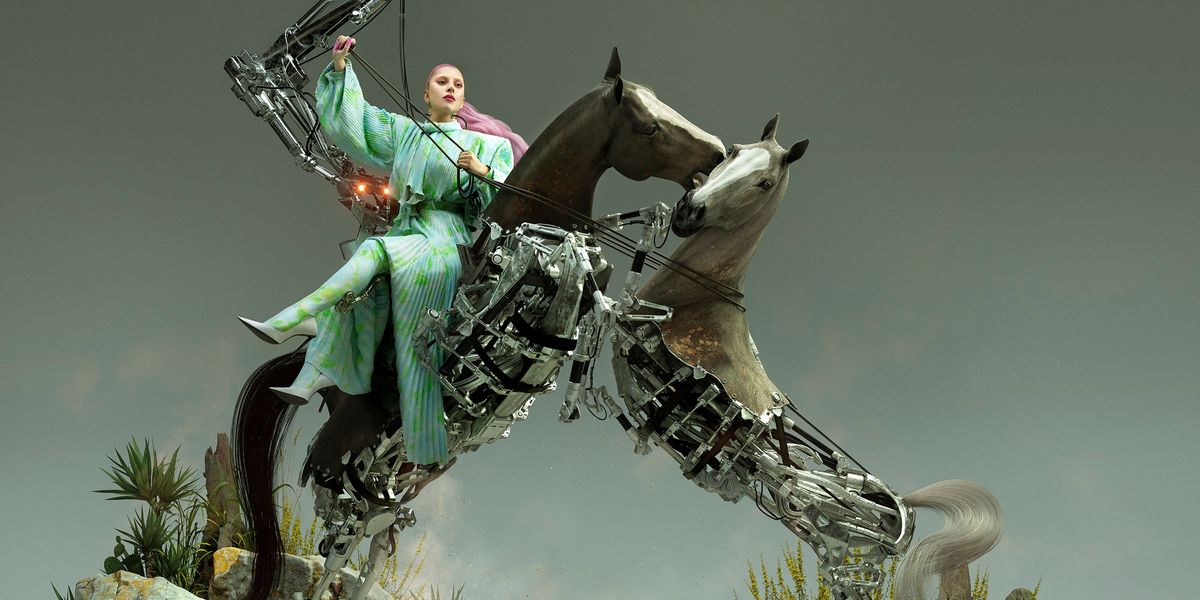 Lady Gaga has officially postponed her new album Chromatica in light of the COVID-19 pandemic. Previously set for release on April 10, Gaga says the decision was "incredibly tough" and that she'll announce "a new 2020 release date soon."

"To my fans, I love you. I know you are disappointed," she wrote on Instagram. "Probably angry and sad. But I also know that as a fan base… as a family… we are strong, we are loving and we are kindness punks. So I ask you to practice that kindness in these trying times."

So far from Chromatica, we've heard and seen the wild video for "Stupid Love." It's unclear how the Chromatica single release schedule will be affected by a new release date.

Artists are taking different approaches in reshaping their roll-outs in light of coronavirus. Yesterday, HAIM announced their new album Women In Music Pt. III will be delayed because of the crisis. Meanwhile, Dua Lipa bumped up the release of Future Nostalgia to this Friday.

Preemptively addressing Little Monsters who'll surely argue we need Gaga more than ever while in quarantine and amidst global crisis, the mother monster has a different perspective.

"This is such a hectic and scary time for all of us and while I believe art is one of the strongest things we have to provide joy and healing to each other during times like this," she wrote. "It just doesn't feel right to me to release this album with all that is going on during this global pandemic. Instead, I prefer we spend this time focusing on solutions."

Gaga has cancelled her Las Vegas residency shows from April 30-May 11 in keeping with the CDC's regulations on public gatherings. Her later May dates are still on the calendar, in hopes the situation will have changed by then.

In heartbreaking news for festivalgoers, she revealed that she had a secret Coachella set in the works and another "fun surprise." With Coachella re-scheduled for the fall, it's unclear if Gaga (or any of the current line-up, secret or otherwise) will be performing.

Gaga opened up to PAPER about Chromatica in her recent cover story. "This isn't Joanne," she told PAPER, later describing the album as "dancing through pain."

"I will do whatever it takes to make the world dance and smile," she said. "I want to put out a record that forces people to rejoice even in their saddest moments. And by the way, I'm not standing over here with a flag going, 'I'm all healed, everything's perfect.' It's not; it's a fight all the time. I still work on myself constantly. I have bad days, I have good days. Yeah, I live in Chromatica, it took a minute to get here, but that doesn't mean I don't remember what happened. So if you're in pain and listening to this music, just know that I know what it's like to be in pain. And I know what it's like to also not let it ruin your life."