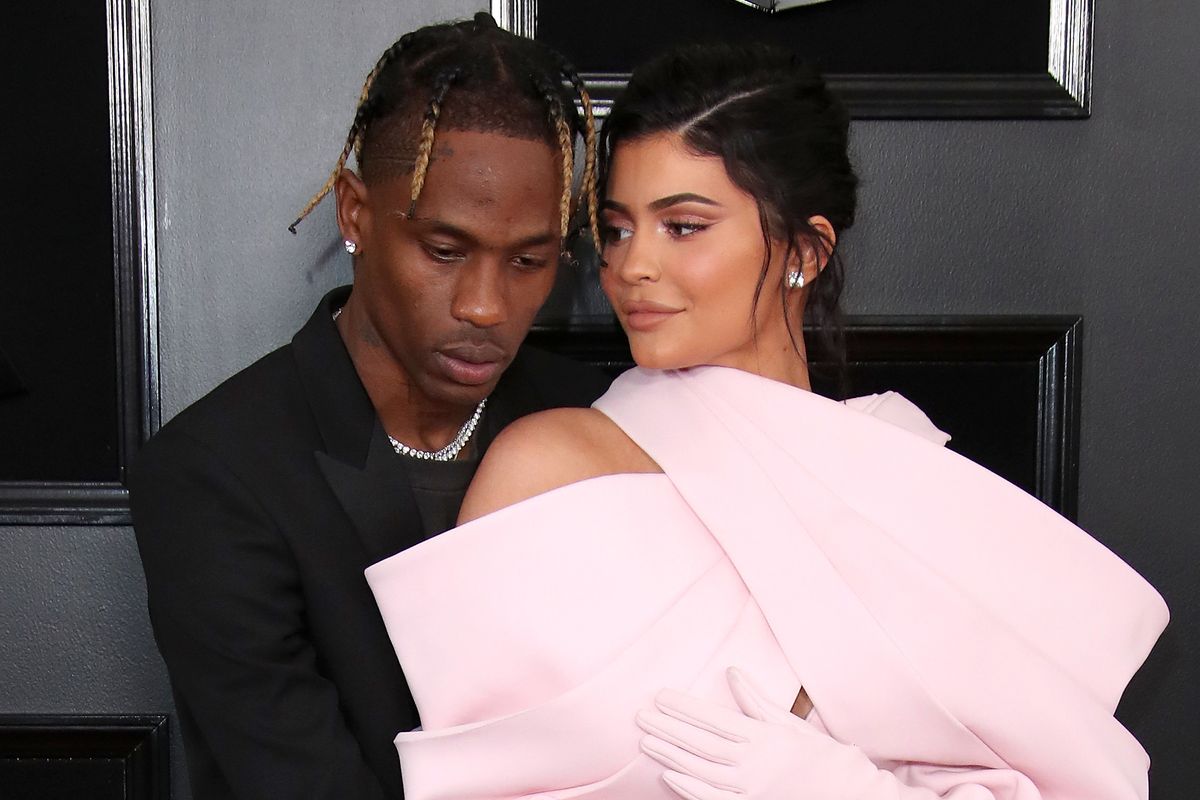 What's Going on With Kylie and Travis?

All is not well in Calabasas. Last week we learned that Kylie Jenner's BFF Jordyn Woods had allegedly hooked up with Tristan Thompson, partner of Khloe and father of True. Khloé broke things off with Tristan, Jordyn had her security clearance revoked. It was a mess.

Then this week brought even more drama. Woods announced she's set to appear on Jada Pinkett Smith's Red Table Talk and tell her side of the story, angering the Kardashians and potentially violating an NDA. Now there are rumors that Kylie and Travis Scott are on the rocks due to a separate cheating scandal.

TMZ reported late Thursday that Jenner has accused Scott, father of one-year-old Stormi, of being unfaithful. The circumstances are shady: Scott recently canceled an Astroworld tour spot in New York to fly home and be with his girlfriend and child in Los Angeles, and this is reportedly when Jenner started questioning him about cheating rumors. She was spotted having dinner last night with friends, Scott nowhere to be seen. The couple has recently appeared to be solid: they attended the Grammys together, and threw an extravagant birthday party for Stormi featuring carnival rides and pop-up merch stalls.

flame on Instagram: “ITS MY QUEEN ,MY HEART, MY AIR , MY EVERYTHING. STORMI’S BIRTHDAY TODAY. I LOVE U SO MUCH BABY. U THE SMARTEST AND LOVING BABY EVER. UR…”

So what's going on? Only time will tell. But if the cheating rumors are true, that sucks for Kylie. She is reportedly already having a rough time acclimating to the fact Jordyn — her closest friend, and a Kylie Cosmetics collaborator — would betray the Kardashian clan in such a dramatic, hurtful way. She and Woods were living together before the scandal broke.

Let's hope TMZ got it wrong! In the meantime, Woods' Red Table Talk appearance is rumored to air today at 12PM EST on Facebook Watch.