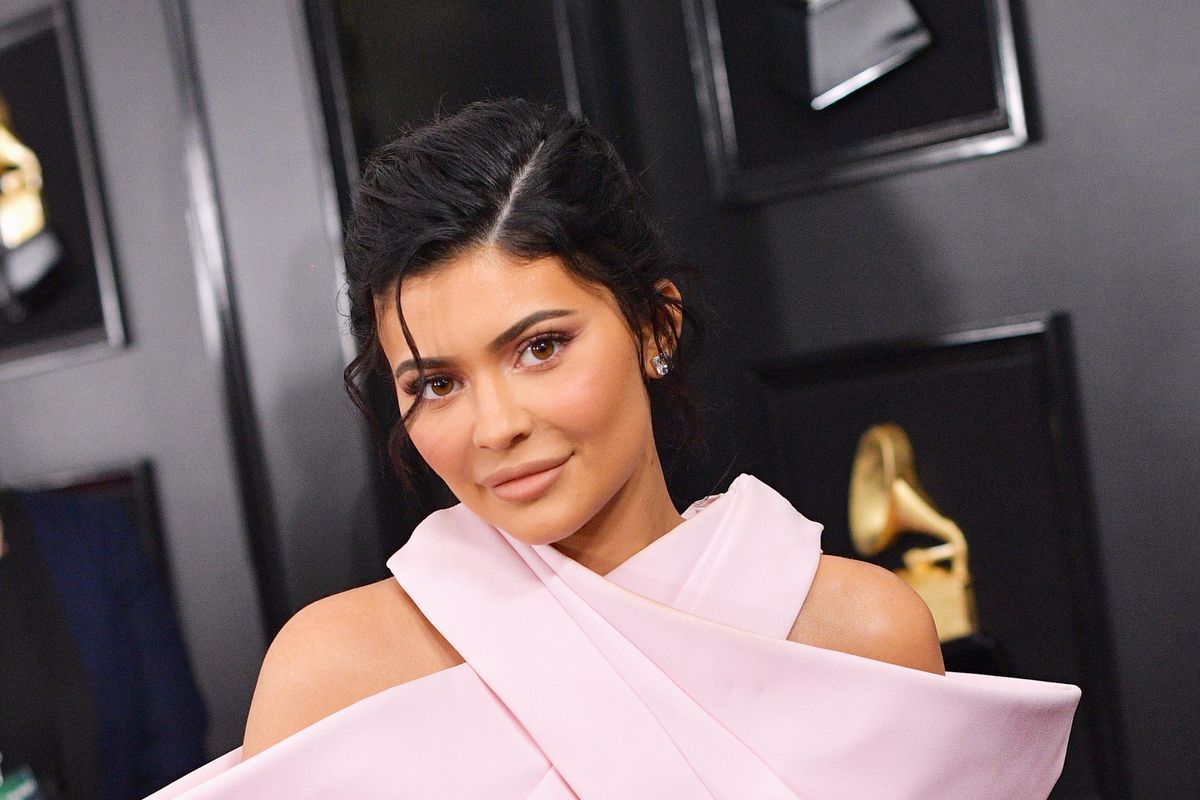 Another day, another Kardashian fail that's gotten the internet talking. However, this time it's not a photo-editing mishap. Rather, it's Kylie Jenner's shower.

This past weekend, the star took to her Instagram Stories to show off her $36 million Los Angeles mansion, including her luxurious pink marble bathroom. But instead of seeing it as a flex, most people online were less than impressed with the relatively small shower head and its "pathetic" water pressure. And needless to say, it didn't take long for the roasting to start.

"Kylie has so much money and her water pressure looks like this," one person wrote next to a photo of the running shower head, before a second commenter asked for "someone get that gal a plumber pronto."

Meanwhile, another viral tweet side-eyed Jenner's water pressure with a note about the mansion's price tag, while a respondent jokingly compared it to a DIY water bottle shower head.

kylie has so much money and her water pressure looks like this pic.twitter.com/xhvmD8pOgH

Why is nobody talking about how shite Kylie Jenner’s shower is? The water pressure AND the size of the shower head. Someone get that gal a plumber pronto pic.twitter.com/SY4l9q7Txf

Mostly though, people seemed to take pleasure in the fact that they had a better shower set-up, with several tweets talking about how their "flex of the day" was having better water pressure than the multimillionaire.

flex of the day: my water pressure is better than kylie jenner’s pic.twitter.com/IPEMQ9kuPd

Somebody told me I got stronger water pressure then Kylie Jenner 💀 PLS pic.twitter.com/efU8RiU5jy

"I think it's an amazing shower. I have no problems with it, but everyone seems to find my water pressure very concerning," Jenner said before showing everyone the hi-tech temperature controls and placing her hand under the steady stream.

"This is my water pressure, it's amazing," she continued. "Thanks everyone for your concern."

Kylie Jenner reminding the innanets that her water pressure is just fine, after folks had a lot to say about her work shower 🚿 (📸:@GettyImages) pic.twitter.com/k7AxRNYgSP

Either way though, you can still see what else people were saying about her shower, below.

the plummers after the installed a shower w/ that sucky water pressure in kylie jenner’s mansion pic.twitter.com/KmyFD48GMZ

Me: I’m not gonna judge anyone anymore
Me after seeing kylie jenner’s water pressure: pic.twitter.com/w8sH0MLFeZ

40 mins to wash your conditioner out with that trickle

Imagine being rich and having such terrible water pressure. pic.twitter.com/UnGCY6ggfm

This story has been updated with Kylie Jenner's response.