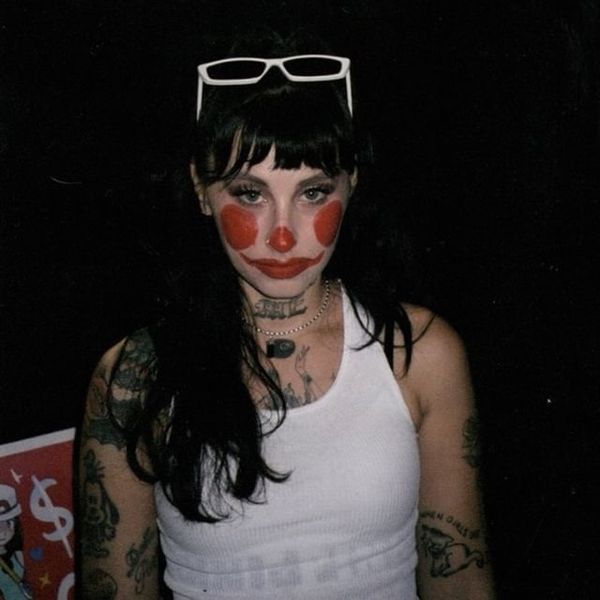 Though the dream for many artists nowadays is to go viral, Natassia Zolot couldn't help but feel "terrified" when a clip from the music video for "Gucci Gucci" started trending again this past July.

"I don't really like going viral," the 30-year-old musician — better known by her stage name Kreayshawn — said from her home over Zoom. "I didn't even see it happening. I was like doing something and my homegirl called and she was like, 'Oh, happy trending,' and I was like, 'Jesus.'"

Granted, while her initial fears were soon assuaged by Gen Z's overwhelmingly positive reception to her 2011 breakout hit, Zolot also was dismayed as she watched the stream count continue to grow — and for good reason.

"'Gucci Gucci' is completely traumatizing. When that song comes on, it makes my ears feel like they're bleeding," Zolot said, explaining that the track itself has had a big negative impact on her. "Like, it makes me feel like I'm gonna die. It gives me a panic attack hearing that song."

Part of it has been the pressure of trying to make another hit "as big as 'Gucci Gucci'" in subsequent years. However, the bigger issue that's continued to goad her is the fact that she receives no royalties and is still in debt to Sony for $800,000 for it — something she addressed in a string of tweets asking people to stop buying and streaming the track.

"I wasn't going to say anything at first, but some hours passed and I was just getting more and more [streams]. And so then I tweeted, 'Don't stream it,'" she recalled. "But [Two Stacks] who produced 'Gucci Gucci' — we have a kid together — he messaged me and he was like, 'Why would you say not to stream it? Like, I get money from the streams?'"

For Zolot though, her percentage of the royalties still go to Sony thanks to the contract she signed when she was 22. Part of a larger deal, she was obligated to complete one album before being signed for seven more with bigger advances for every record — an industry-standard practice. Shortly after the release of her 2012 debut Something 'Bout Kreay though, Zolot was completely dropped by the label following creative disputes and the restrictive level of oversight they had.

"They were just like, 'Bye.' Which is good, you know?" she said, explaining that she didn't want to be on the label anymore as they wanted her to take dance classes and vocal lessons.

"'Gucci Gucci' is completely traumatizing. When that song comes on, it makes my ears feel like they're bleeding."

To add further insult to injury, Zolot said she was dropped "five days" after she announced her pregnancy. By that time, the completion of Something 'Bout Kreay meant Sony was no longer contractually obliged to keep her around.

"All the people at the label [when you're working with them], they're all your best friends. They call you every day. You know? They're all your homies. They hang out with you... And none of those people ever contacted me to say congratulations or anything," she said. "So in my mind, I was like, they dropped me because I was pregnant. Like, I can't do anything in their eyes. And, you know, fuck that."

The irony though, according to Zolot, is that "when a woman gets pregnant now who's in an amazing position, the label will use it as a selling point, period."

She continued, "It's just funny because nowadays, it's a whole different realm from 2011. You could say, 'Oh, they love women more. They're now more accepting.' No, they just found a way to market it now. Back then, they didn't have like a market for it, you know?"

Zolot isn't the only musician to have vocalized their gripes with the music industry, as similar anecdotes from Azealia Banks and Mykki Blanco have illustrated this summer. What specifically gets to Zolot is the way that "big labels take advantage of young artists" like her at the time.

"They take advantage of rappers — people who come from backgrounds where they need money, or have family to take care of, or there's less wiggle room for them to be like, 'I want to make money. I need money now,'" she said, explaining that when she signed her contract she "had $300 in my bank account, rent was due and I had no job."

Describing her contract as "girthy" and "over 60 pages," Zolot said she "didn't sit down and read the whole thing myself. A couple weeks ago, I literally just looked at it for the first time and I was like... 'I don't understand none of this. Oh my god, did I sign this?' But I was blessed to have that opportunity at the time to help out my friends, to help myself out, to travel the world, to do all this shit and to even be here now. I wouldn't be doing what I do today if I didn't do that in the past."

What's also been "frustrating" for her is that she's already "said everything that I've said recently a lot of times" with regards to "Gucci Gucci." Since "there's nothing I can really do about the album or 'Gucci Gucci,'" Zolot is currently more focused "on what's next" — whether that be Twitch streaming, the launch of her Matter podcast, or just continuing to fundraise for organizations like For the Gworls and the NAACP while making music alongside her new collective, smile.rip.

Without the pressure of a label deal asking for the next "Gucci Gucci" hanging over her head anymore, Zolot said that she's been able to make music that's allowed her to feel "fun and free and loose" again.

"I'm just [glad to be] going back to being goofy and funny and not putting like a whole bunch in the way of being like, 'This has to be amazing,' or 'This has to make perfect sense. I have to be lyrical miracle,' you know?" Zolot said. "Just making dumb shit and putting it out. Just being like, 'Ha, funny, right?'"