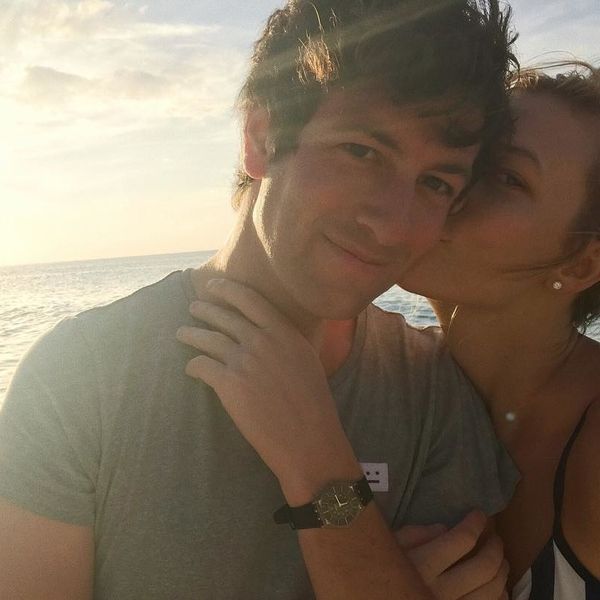 Supermodel Karlie Kloss announced on Instagram today her engagement to entrepreneur Joshua Kushner, brother of White House senior adviser Jared Kushner. Kloss broke news of the proposal saying "I love you more than I have words to express. Josh, you're my best friend and my soulmate. I can't wait for forever together. Yes a million times over."

The announcement comes as no surprise as the two have been reportedly dating since 2012 with a source close to People saying that Kloss already had converted to Judaism in early June in preparation for Kushner's proposal. (Ivanka Trump, who is married to Joshua's brother Jared, also converted as well ahead of their wedding).

Karlie Kloss on Instagram: “I love you more than I have words to express. Josh, you’re my best friend and my soulmate. I can’t wait for forever together. Yes a million…”

Kloss is the founder of an initiative called Kode with Klossy, that teaches young women computer programming and coding skills along with being the face of campaigns for Adidas, Carolina Herrera, Estee Lauder, Express, and Swarovski. Kushner is a venture capitalist and co-owner of Oscar Health, most notable for his relation to father Charlie Kushner who was convicted of tax evasion and witness tampering in 2005 as well as his brother Jared Kushner who is son-in-law and senior adviser to sitting President of the United States, Donald Trump.

Kloss and Kushner have both gone on record as Democrats, having stated in the past election that they would be voting for Trump's opponent, Hillary Clinton, and posting pictures together from the March for Our Lives this past spring. A date has yet to be set for the wedding but in the meantime the couple have jetted off to Italy to celebrate with Sir Paul McCartney and David Geffen.