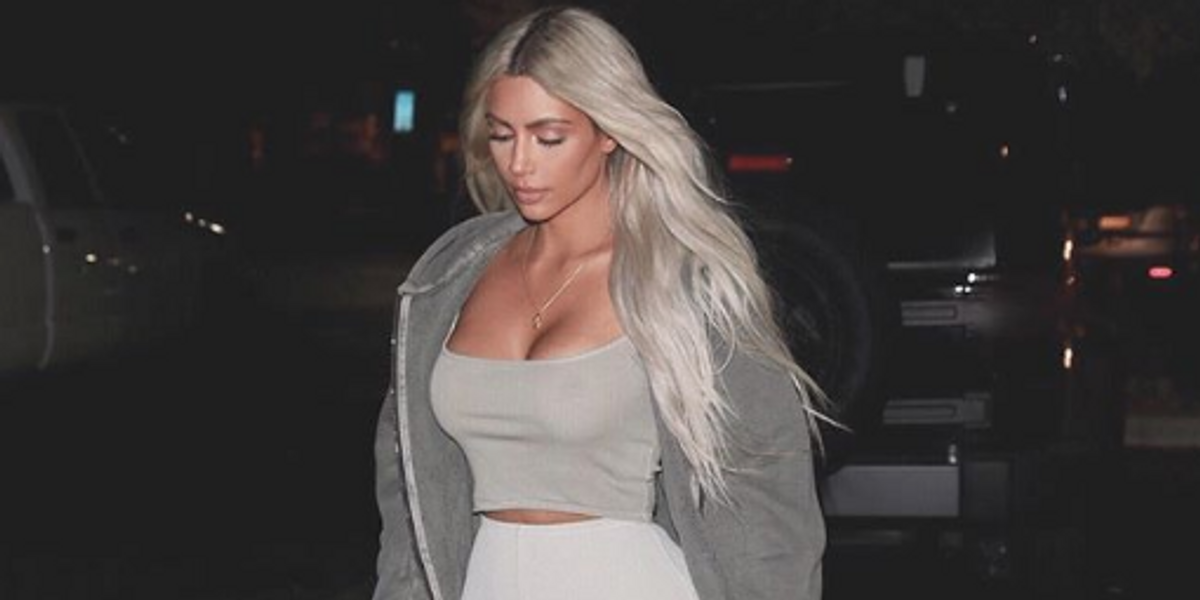 After teasing us back in December, Kanye West unveiled the fully Yeezy Season 6 campaign on Instagram on Tuesday with the help of his famous wife and an army of famous klones dressed to look just like her, blonde wig and all.

According to Splash News, the paparazzi wire where the images were released, the models all wore the same wigs that Kardashian first wore in the teaser images back in December. The waist length, peroxide-bleached waves (with darkened roots and everything) were created by veteran hairstylist Tokyo Stylez, also famous for Kylie Jenner's wig phase and for working with the likes of Rihanna, Cardi B, Nicki Minaj, Beyoncé and Naomi Campbell.

If your goal is to be part of the Yeezy army, Stylez sells several Kardashian-Jenner-esque wigs on his website. The unit that most resembles Kim's Yeezy look is the Bone Straight Ice hairpiece, which sells for a casual $950.