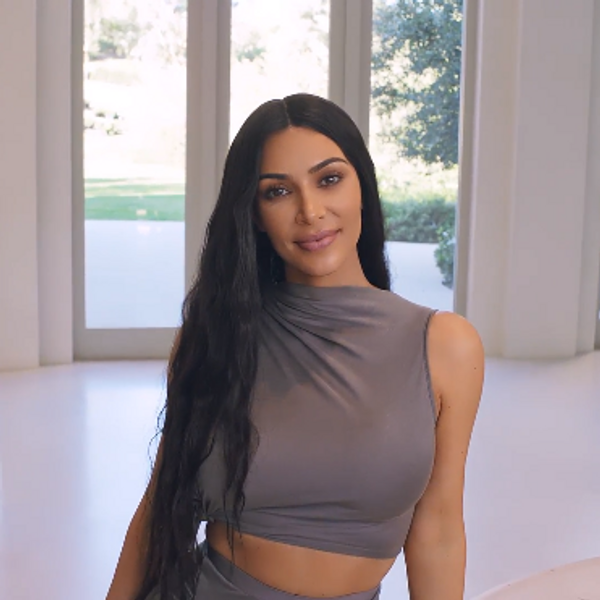 This is no ordinary Thursday, for Vogue has filmed one of those "73 Questions" videos at Kim and Kanye's house. Kardashian West is the magazine's May cover star, and a longform profile published yesterday reveals, among other details, that she's currently studying for the California state bar exam.

The "73 Questions" video is a nice accompaniment to the cover story, which aside from covering Kim's budding legal career goes to some effort describing her and Kanye's monstrously minimalist Calabasas home. Kanye opens the door, then Kim takes the question guy on a tour through several vast but mostly empty rooms. Who or what inspired those rooms, though? Luckily, question guy asked. Answer, at 0:53: Axel Vervoordt.

Seeing Kim carefully pronounce the name of Vervoordt, a celebrated Belgian interior designer beloved by her husband and numerous other celebrities, is the highlight of an awkward and suspiciously branded video (some of the names dropped include: Yeezy, Adidas, Sprite, and Disney). She does a great job! Completely nails it.

Say it with me: AXEL VOR-VORT. If you're reading, Axe, that kitchen in particular is stunning.