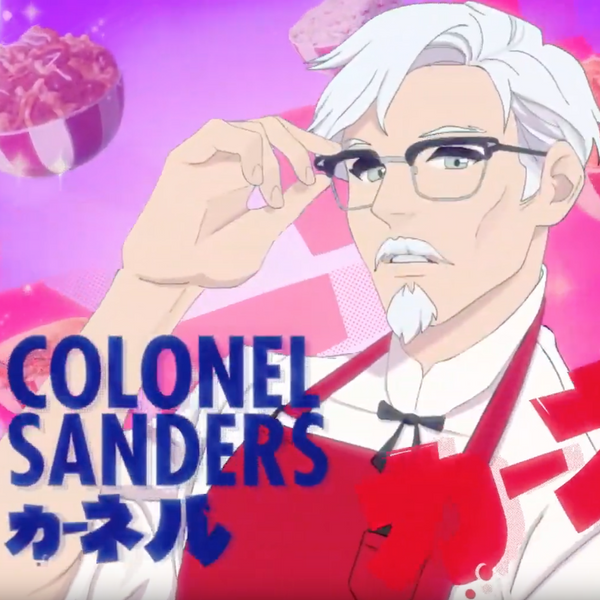 Not because anyone actually asked for it, wanted it, or even realistically entertained the idea of it, KFC has decided to enter into the niche world of dating simulators with a game loosely centered on the brand's mascot. I'll give you a minute to let that wild ride of a concept really sink in because it's horrifyingly real.

Earlier today, a listing for the game popped up on the online marketplace, Steam, slated for a September 24th release date according to Polygon. If the fact that the game was created by a studio called "PsyOp" wasn't already a big enough red flag, the game will also feature cooking battles, nine playable characters, miniature food, 11 herbs and spice, and a dog that is somehow your professor. The goal of the punishment game is to impress the Colonel while you work your way through culinary school. If you play your cards right, you might up even end up as his partner in business and life.

Putting aside the deeply disturbing premise of an international fast food chain trying to get you to profess your love to their mascot in an unholy blend of corporate synergy, late-state capitalism, and object fetishism (which I assume are three out of the 11 signature herbs and spices), the game is done up in a somehow equally upsetting anime-style. Full of big-eyes, unnatural hair colors, and sparkly animations, the game even sets itself up with an introduction video modeled after your standard shojo romcom title sequence.

If you still somehow think this whole mess is an elaborate stunt, watch the video below and see for yourself.