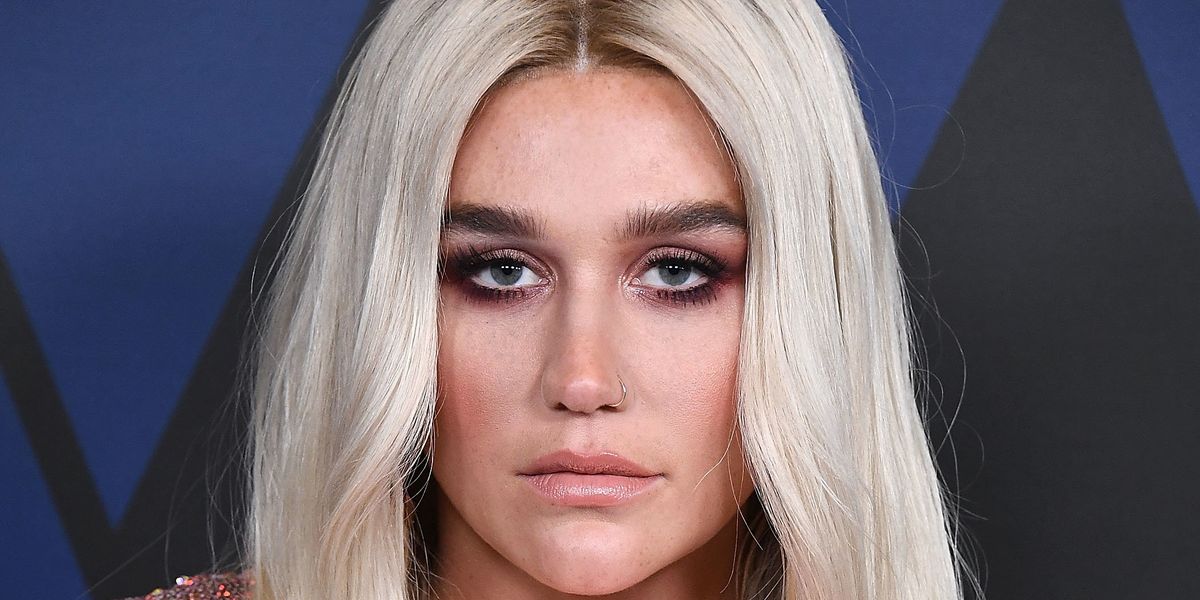 Animals, it's almost feeding time; Kesha announced this morning via Twitter that new music is coming "VERY Soon!!!!" She even dropped a spoiler alert for a track that sounds like it'll be a mix between her explicit night-out anthem of yesteryear, "Blah Blah Blah," and the Cannibal EP deep-cut, "Grow A Pear" — "I Got My Balls Back." We can only hope.

The announcement was accompanied by a photoset of Kesha looking radiant in front of a deep mustard backdrop, cloaked in a velvety garment and looking like she's ready to drop a 14-track magnum opus. A crown is balanced on her new brunette 'do with what appears to be a manicured hand on top.

On top of the Twitter announcement, Kesha's Billboard cover story was released this morning, in which the singer went into detail about her new music, slated for release this winter. She's collaborated with an array of production and writing superstars, from Imagine Dragons' Dan Reynolds to "7 Rings" writer, Tayla Parx, and it seems like we can expect a return to Kesha's hyper-pop roots.

Related | 'We Need to Talk' About Tayla Parx

Fans have been left thirsty for new music from Kesha since she dropped her punchy single, "Rich, White, Straight Men," in June. It's been even longer since she released a full-length project — Rainbow celebrated its second birthday recently, and its predecessor, Warrior, is about to celebrate its seventh. Needless to say, Animals are ready for some new material, and come December, they'll have it! Let's just hope "I Got My Balls Back" sees the light of day.