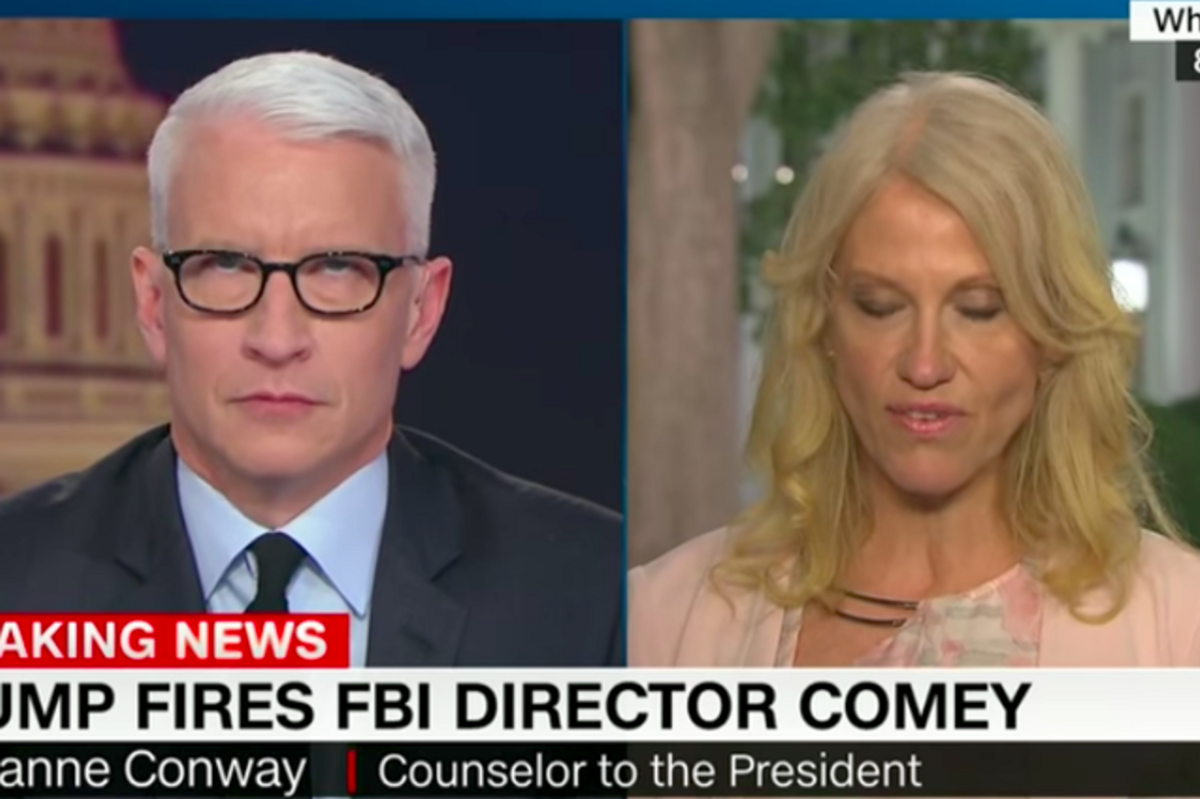 In case you missed it, yesterday something truly magical happened. Kellyanne Conway, artful dodger, went on CNN to talk President Trump's audacious firing of FBI director James Comey with Anderson Cooper. Naturally she didn't answer anything at all, performing her old Highland fling around any question that was put forth, which incited one of the most majestic of eye rolls from one Anderson Cooper.

This @andersoncooper eye roll at @KellyannePolls is EVERYTHING. https://t.co/j8usLAzhwh
— Matt Wilstein (@Matt Wilstein)1494377579.0

And again for luck:

Kellyanne clapped back in record time at the viral eye roll on Fox & Friends this morning (where else!) and claimed that Anderson Cooper, was, you know, just being sexist.

"Hillary Clinton is in search of sexism as a lame excuse for why her disastrous candidacy and campaign lost six months ago," she said. "[But] I face sexism a lot of times when I show up for interviews like that."

"Could you imagine," she continued, "having a male anchor on the network roll eyes at Hillary Clinton [or at] a female spokesperson for President Obama or President Bill Clinton? I think not."

Goodbye, Kellyanne. Watch the whole thing here if you are a masochist, but let me warn you, it's truly awful.

[h/t The Cut]
Image via CNN