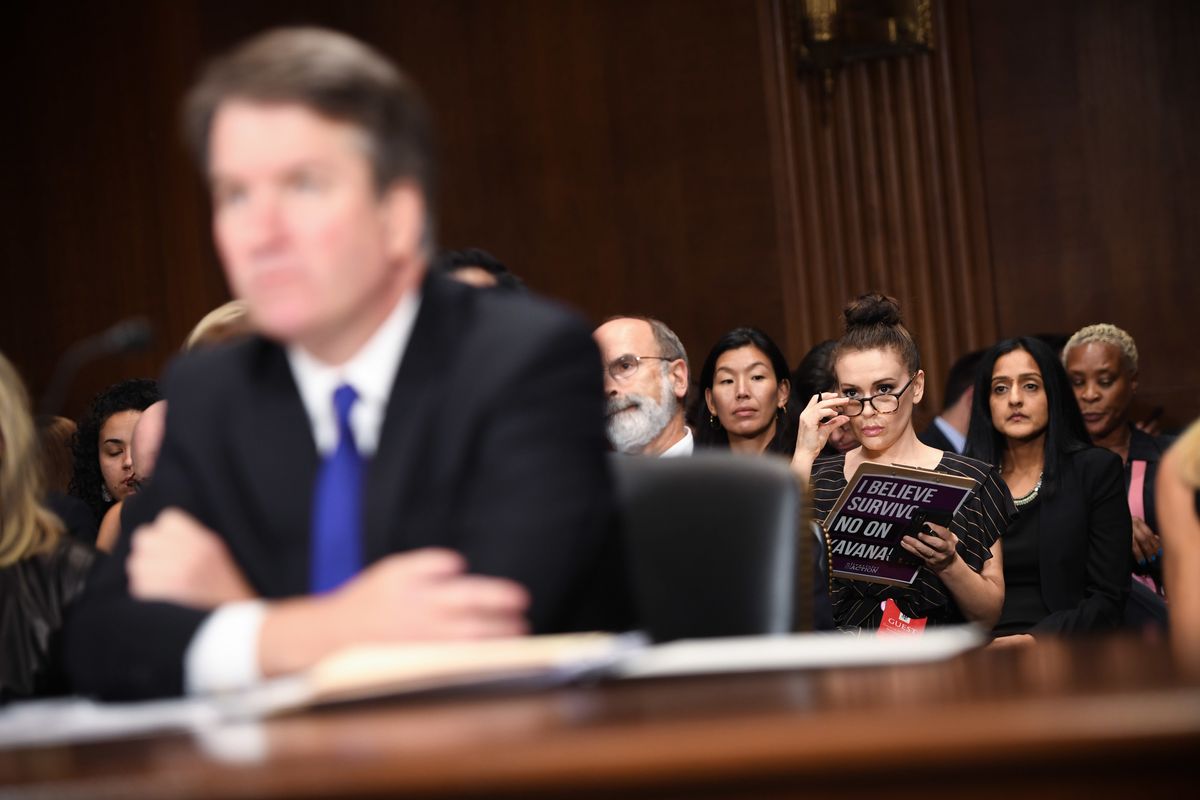 Yes, That Was Alyssa Milano at the Kavanaugh Hearings

No your eyes don't deceive you, that was indeed noted actress and activist, Alyssa Milano, visible just over Brett Kavanaugh's shoulder at yesterday's hearings.

A prominent figure in the #MeToo movement, Milano was the invited guest of senator and ranking committee member Diane Feinstein at Thursday's hearings and was seated next to New York senator Kirsten Gillibrand. Milano recently spoke to The Hollywood Reporter about her experiences with sexual assault and #WhyIDidntReport. Telling them, "This is exactly the reason why we don't come forward, or we don't report. Because of the scrutiny. Because a man's word will always mean more than our word. And it's disgusting."

After the hearings, reports circulated that Milano got in trouble with security and had her phone confiscated. She took to Twitter to set the record straight, that her phone was not taken away, as evidenced by her social media posts during the hearing, but her 'Believe Women' sign was.

P.S. I did not have my phone confiscated as proven by the fact that I didn’t stop making social media posts. I did have my, “believe woman” sign confiscated though. And a policeman warned me about taking video on my phone.

Unsurprisingly, many people took cheap, sexist shots at Milano commenting on how her dress was too "revealing" and "disrespectful" for the hearing. "I know there were comments. Some of them about my appearance. I think they're a perfect example of the way in which women are objectified," Milano told Cosmopolitan. She went on to recount her experience being in the room as Kavanaugh delivered his testimony. "If a woman had acted like this during a line of questioning, she would be considered totally unhinged or hormonal or accused of having a meltdown, or worse, of being a bitch."

Milano took to social media Friday to condemn the committee's decision to bring Kavanaugh's nomination to a vote before the senate. But, resilient, Milano also reminded her fans and supporters that "November is coming—and we will vote."