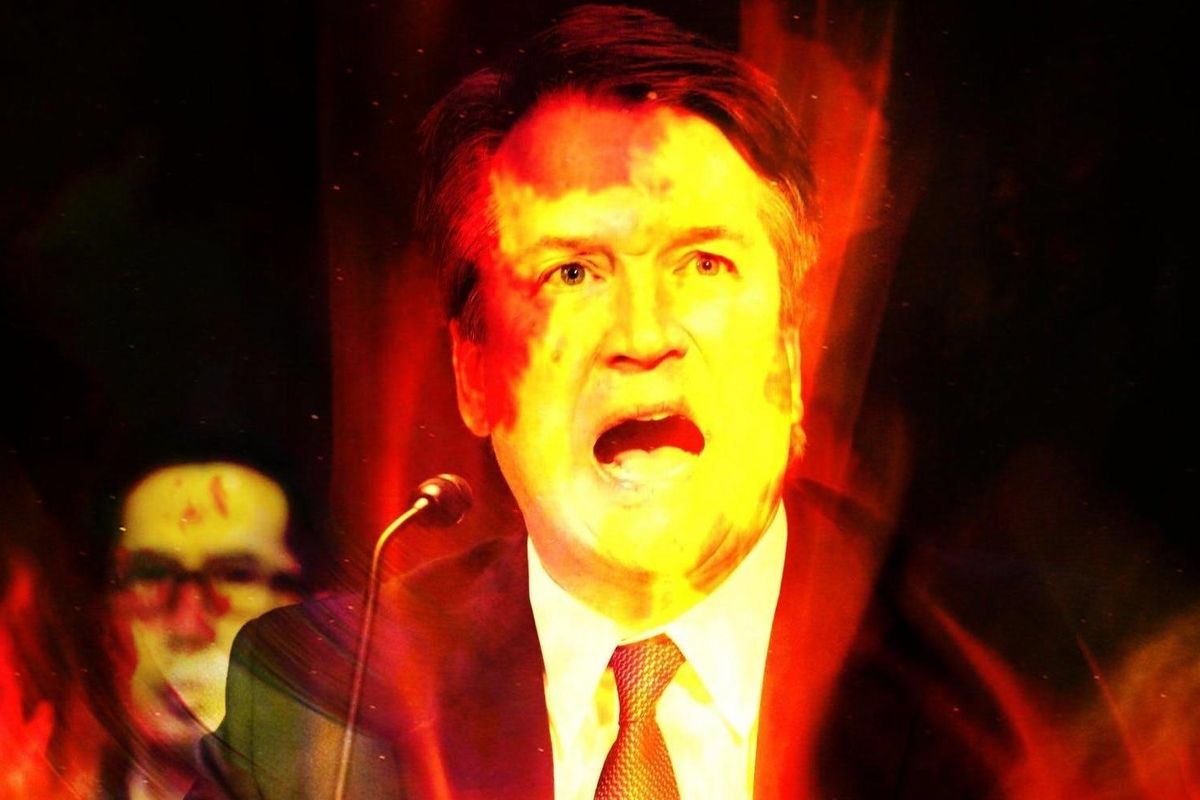 With each subsequent and disheartening development that the Trump administration brings, it can often feel like we are being plunged further back into the Dark Ages. So it should then come as no surprise that more and more members of the resistance are turning to witchcraft as a way to channel their fury toward current political injustices.

Brooklyn occult bookstore, Catland, has announced that they will be hosting a public hex of Supreme Court Justice, Brett Kavanaugh, in addition to "all rapists and the patriarchy at large that emboldens, rewards, and protects them." Co-owner, Dakota Bracciale, who has already hosted three hexes of Donald Trump, said in an interview with Newsweek that she was "all-in" when approached with the idea to do one for Kavanaugh.

Bracciale says the public hex is designed to send a message to Kavanaugh and his supporters that despite his confirmation they have not won. "We know the system is broken, and the people in charge need to be taken down by any means necessary, magical or otherwise."

The event's Facebook page cites the motivations for a hex as "embracing witchcraft's true roots as the magik of the poor, the downtrodden and disenfranchised and it's history as often the only weapon, the only means of exacting justice available to those of us who have been wronged by men just like him." It goes on to detail a "Rites of the Scorned One" that will take place shortly after focusing on supporting and validating victims who have been wronged by abusers. Tickets for the event have already sold out, with 50% of the proceeds going to benefiting the Ali Forney Center and Planned Parenthood.

Echoing a frustrated and furious sentiment that has been felt across the country following Kavanaugh's confirmation, Bracciale explained that the ultimate goal of the hex is to stand in solidarity with victims and send a message to those in power. "This is basically Antifa witches, we're coming for these people's throats, and we will never stop, we will never be silenced." says Bracciale "There are a lot of angry people who are righteously filled with rage that are going to take back our country."