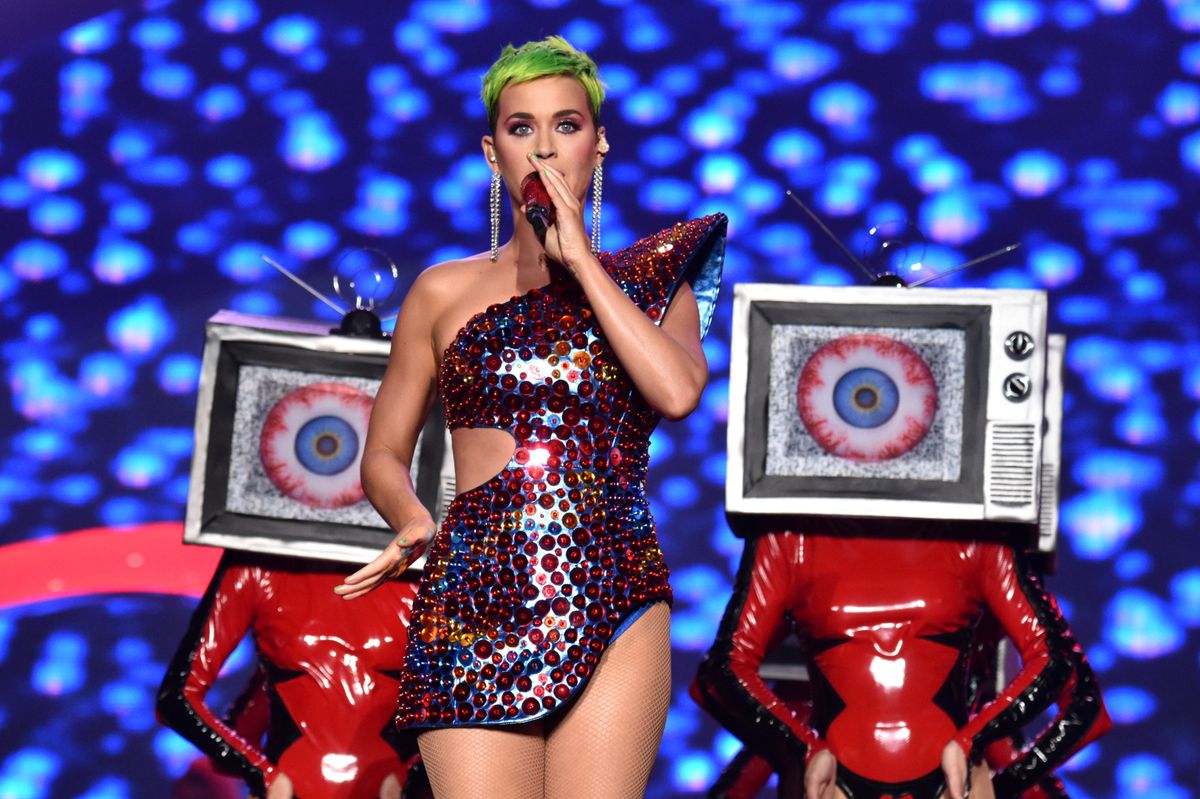 Katy Perry Was Suspended From 6th Grade for Humping a Tree

Katy Perry spent time in her childhood home over the weekend, and lucky for us decided to turn the trip into Internet content. Sharing all on her Instagram Story, Perry unearthed a bunch of nostalgic mementos and interviewed her parents on camera. There were many revelations — a '90s leopard print jacket look, her Dad's slightly Trump-y man cave, some embarrassing old merch from the beginning of her career. Also, evidence that she was once suspended from 6th grade for miming sex with a tree. Somehow on brand?

Perry posted a photo of the suspension note, and also video of her mom reading it out loud. According to the long and amusingly detailed report written by her exasperated teachers, Perry was suspended from Santa Barbara Christian School for three days in November 1996 due to "inappropriate behavior."

The document describes how, during a skit she was performing in front of friends at recess, Katy made "sexual motions" and "made out with" with a tree that she was referring to as Tom Cruise. This would have been his peak post-Interview With a Vampire teen crush phase. She was immediately asked to meet with three teachers to explain the behavior, but expressed little remorse.

Even better, the suspension report reveals that tree humping was far from Perry's first offence — she'd previously been issued warnings for "wearing crop tops," playing Spin the Bottle, doing the Macarena (her moves are compared to those of an "exotic dancer") and taking the lord's name in vain by saying "Oh my God."

The most 1996 suspension ever, basically. I want to be 12-year-old Katy's friend!