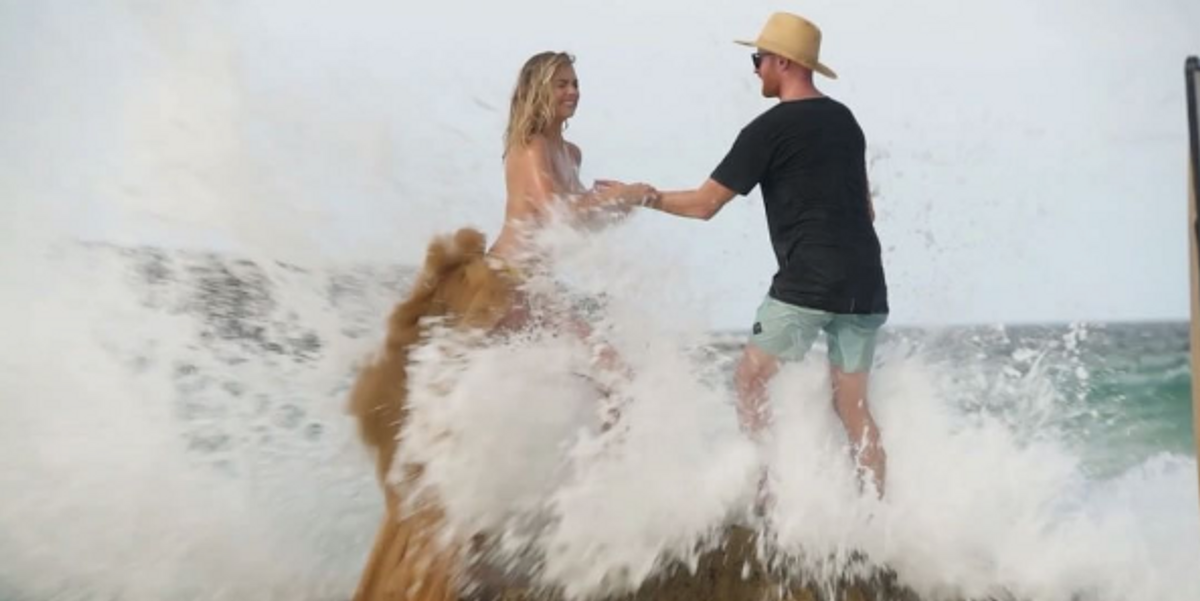 Kate Upton Fell Naked Into the Sea During a Photoshoot

Supermodel Kate Upton, who graced three different covers of Sports Illustrated's infamous Swimsuit Issue last year, proved during this year's SI shoot in Aruba that modeling is more dangerous than it may look.

Upton was posing topless on a rock in Aruba for the shoot with some sort of tropical skirt situation, when a rogue wave caught her off balance from behind and nearly swept her out to sea. SI loves its readers, and so shared a video of the moment on Instagram with the straightforward caption, "Whoops! Things got a little rocky."

Several photo shoot staffers are seen cursing and rushing to help up Upton, who as far as we can tell handled the whole thing like a true professional. It just highlights the old Hawaiian saying, which truly could not clearer: Never turn your back on the ocean.