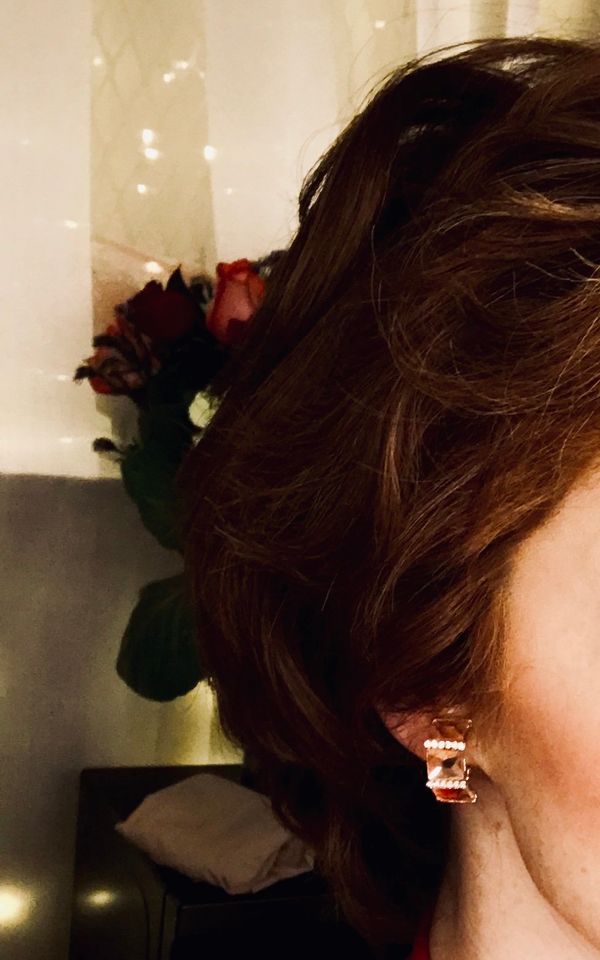 It's a classic Broadway fairy tale: The famous star falls ill at the last minute, and the understudy is thrown on stage where she sings and dances her way into America's hearts. There happens to be a Hollywood producer in the audience who takes the understudy to California and makes her a star. Old time theater queens will recognize that as the story of Shirley Maclaine who was understudy to Carol Haney in the 1954 show Pajama Game. But fairy tale magic is alive and well on the great white way.

A few weeks ago at a matinee press performance of the new musical The Prom, Tony-winner Beth Leavel got sick minutes before the curtain went up and understudy Kate Marilley, who had never even had a rehearsal in the role of Dee Dee Allen, and whose costumes for the role weren't even finished yet, went out on stage and knocked the audience's socks off — and that audience was full of press people.

PAPER caught up with Marilley to hear all the backstage excitement, and how she managed to not only survive but thrive on stage.

I was so happy about you going on for Beth and that I was there to see it.

I didn't know you were at the matinee when it all went down.

Tell me what happened, because I'm still not completely sure I understand.

I'm the off-stage cover for Dee Dee Allen (Beth Leavel's role), Angie, Mrs. Greene, and then two adult teacher and ensemble tracks. I had been on for three weeks, actually, for the teacher and ensemble track of Olivia Keating, and my fellow castmate injured herself on, like, the fifth preview. So the second time I was thrown on mid-show for the teacher and ensemble track on the fifth preview. I had been on in this one role for about three weeks at that point. And I was all dressed up in my red Olivia Keating dress, and we were in places, and stage management called "standing by," which means the orchestra is going to start to play and the curtain will go up in a minute or two. So, I'm standing there in my red dress, my microphone with Beth Leavel.

Have you ever worked with Beth before?

This is our third or fourth time working together. I always let her focus, and then I usually say, "Have a great show!" And I looked at her and pat her on the arm and said, "Have a great show!" And she didn't confirm, and I figured she was, you know, in character and needed to focus. And then, all of the sudden, she looked at me, and had this look in her eyes, and ran off the stage and became very, very ill. And literally, the curtain was about to go up, and we had to stop. I just stood there, and I wasn't really sure what was happening. All I remember were people running past me on the stage, watching three stage managers run past me, and I was just standing there watching it all happen, going, "What's going on?" I made the executive decision to go to my dressing room, and whip out my script. Because it became very, more and more likely in my mind, that this is going to happen.

I called my trusty swing understudy castmate David Josefsberg, and basically was like, "David, I need you." So he ran into my dressing room, opened the script, and literally, as I'm being ripped out of clothes and microphone is being pressed onto my head, my Dee Dee wig, we're running lines. And stage manager comes up to me and was like, "Can you do it?" And I went, "I guess so! We're doing this." I had no rehearsal. We had just opened two performances before Saturday, so there was no time for understudy rehearsal. A costume had not been prepared for me yet because they were still being altered. They were going to sew me into some of Beth's stuff, but all I just kept thinking of was, "You know what? The audience has been waiting 15 minutes, I don't think we have time to be doing costume fitting right now."

I just kept saying to channel your inner Beth Leavel. I think that's what really made me more nervous, was to do the role justice, not only for the audience, because they paid all that money to see it, but for them, too, because they're used to her comedic timing. I truly don't even remember what happened. I just wanted to give the audience exactly what Beth would do as best as I could with zero rehearsal, and to not screw it up too much. They were prepared to feed me lyrics from the orchestra, to maybe have me go on stage with a couple script pages if I had to, because a lot can change. But luckily, David was there with me every step of the way, going over every scene with me before I would go on, and then I would go on, I would do it, I'd go off, change costume, and just keep on going.

How did you even know the songs? You just knew them from being around them at rehearsals for the show in general.

I guess the takeaway from that is: Pay attention people!

You just never know. I mean, this has happened to me before. I was thrown on opening night of Billy Elliot. You just never know when you're an off-stage cover what could happen. The best you can do is to watch the person you're covering and just try your best to literally imprint their performance in your mind so that if and when it happens, you're ready to go. I was a little nervous about some of the harmonies, I was a little bit nervous about some of the breath controls, specifically in that huge number "But It's Not About Me" where she's in that leopard suit — which you didn't get to see, I was in the red dress. "The Matinee of the Red Dress" is what I call it.

I think it was just me paying really good attention to Beth for the past few weeks and I guess it worked, because it went off fairly without a hitch. I guess I missed a few things here and there. I have to say, I have never felt more lucky and more safe than with [the cast and crew] literally in my corner, holding my hand, handing me water off stage, stroking my back and saying, "We got you, it's totally fine." It's a true team. Without them I truly don't think I would have been as successful and given the audience the performance they deserved to see.

How did you get into show business?

I've been in the business since I was a very young toddler. My parents were actors. they met actually during a play in D.C. I guess you could call me a dressing room baby, I was basically around theater my whole life. But I got heavy into acting and dance more than singing at a very young age. I studied in Southern California. My first big breakout role was Mary Lennox in the Secret Garden in LA. And from that point on I think the bus hit me and I was like, "Oh, I'm hooked." I went to Carnegie Mellon University for my BFA, and literally, we graduated from college in 2005, and I moved straight here and started hitting the pavement.

I noticed during the curtain call, as the curtain was going down, a lot of the cast gathered around you. It seemed very happy.

As the curtain was coming down, I just remember putting both hands on my knees and breathing a sigh of relief. My heart was ready to plummet into my shoes. And I just remember my entire ensemble cast, it almost felt like a rugby huddle where everyone jumped on top of me and gave me the biggest, most loving, supportive hug. It's a special bond we have in this company. Everyone feels like we are just as important as the star of the show, and we treat each other that way. The respect we have for each other, I feel very lucky. If I could have a Shirley MacLaine moment like I did that Saturday, to have it in this show with this company, I'm a pretty lucky gal, I'll tell you that.

For more information on The Prom, visit www.theprommusical.com.