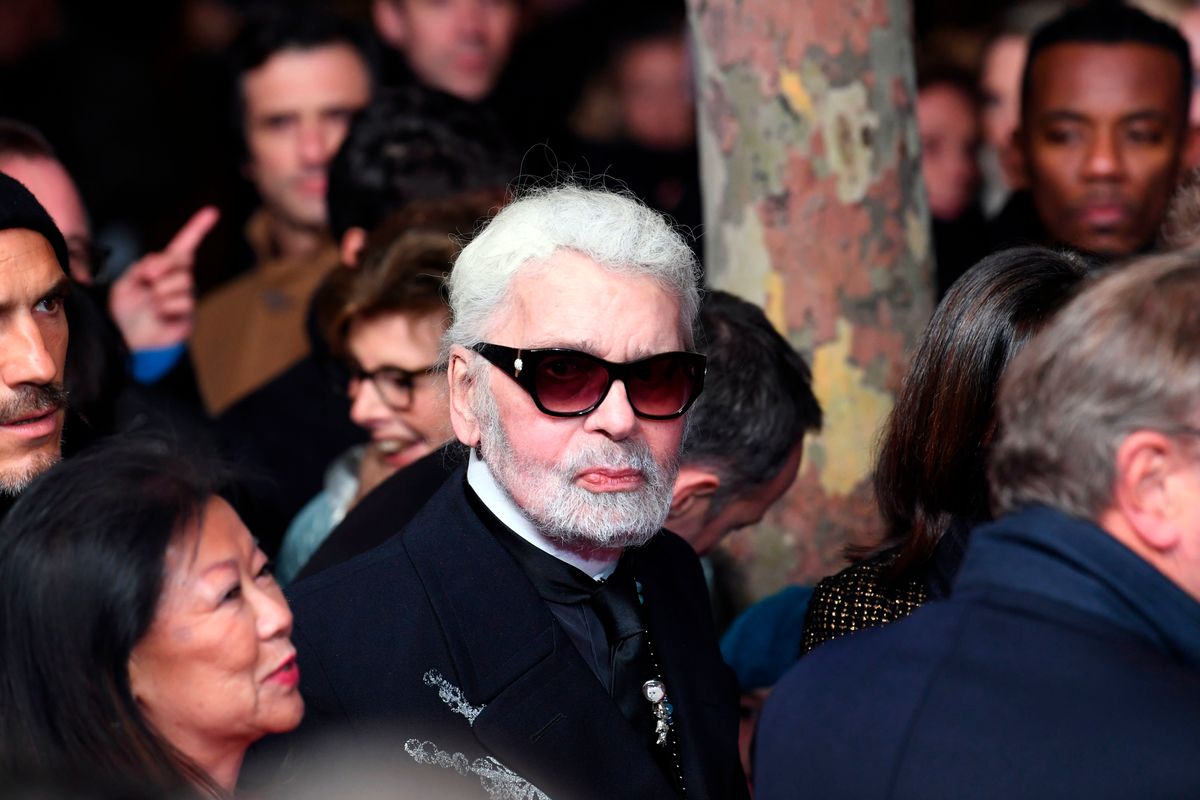 Chanel has announced that Karl Lagerfeld, the face of the fashion world as well as one of its most powerful and influential figures behind the scenes, has died. He was 85. The designer, who was noticeably absent from couture week in Paris earlier this month, passed away on Tuesday morning after being rushed to hospital on Monday night.

Lagerfeld, born in Germany, became creative director of Chanel in 1983 after beginning his career as an assistant at Balmain. He was simultaneously head of Fendi, as well as his own namesake line. His career as a luxury fashion designer was so prolific that the term feels inadequate. He presided over — and was responsible for — decades of major industry changes.

Design talents aside, Lagerfeld was also one of fashion's most beloved and eccentric personalities. He was known for his signature black gloves and ponytail, as well as his cat Choupette, who he once said he'd marry if that were legally an option.

In his most recent major English language magazine interview, with Carl Swanson at The Cut in December, Lagerfeld described an unapologetic approach to living, and offered wise words on aging:

"If people live only one life with not a very fun youth, they are frustrated. I did what I wanted whenever I wanted. It was pleasant, but today, I would be bored to death by it. If you want to look old, try to be young. Nothing is worse than that."