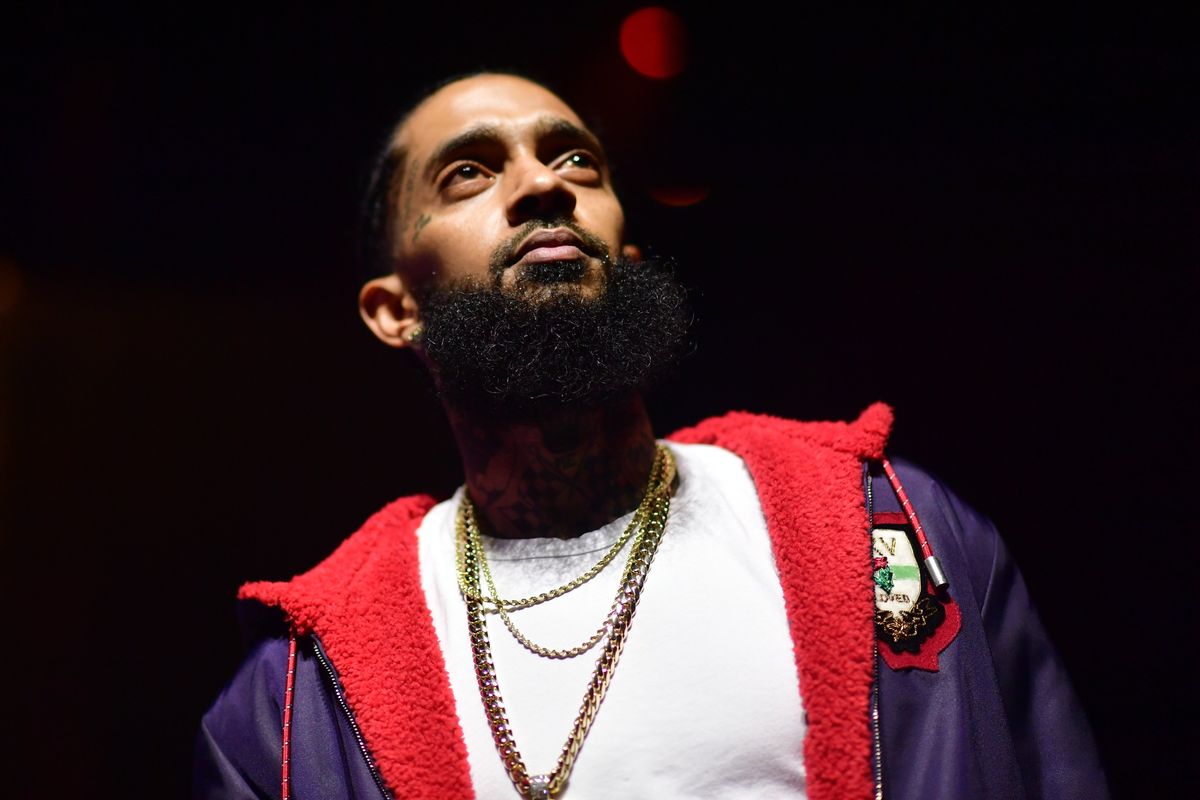 Los Angeles rapper Nipsey Hussle may be gone, but his legacy will certainly live on.

Ensuring this is Kanye West, who honored the late musician during this weekend's Sunday Service, following a string of moving celebrity tributes from Rihanna to Kendrick Lamar. There is a clip of Hussle speaking over a choir's performance of "Forgiven," by 2 Chainz and Marcia Ambrosius.

Hussle, whose activism and encouragement of the Black community was a focal point of his work, can be heard saying: "Stay inspired, show love to your people. I just wanted to say some words of encouragement. Y'all stay focused, y'all keep working hard."

As it also happens, Hussle's final album, 2018's Victory Lap, rose to No. 2 on the Billboard 200 albums chart on the day of the service, one week after his untimely death. The Grammy-nominated album initially peaked at Number 4 on its release in March last year. Revisit Victory Lap, below.

As far as the pursuit of justice for Hussle goes, Los Angeles resident Eric Holder has been arrested and charged with Hussle's murder. He pled not guilty during an April 4 court appearance.