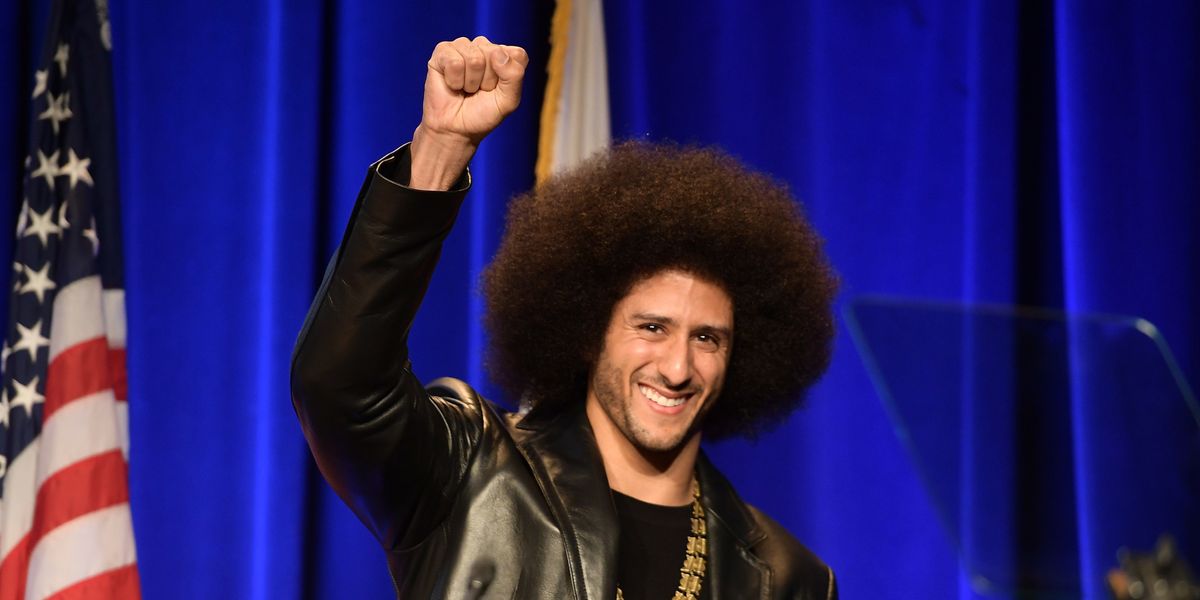 Both Kaepernick and Reid alleged that by working to take them off the field the NFL had caved to pressure from Donald Trump, a vocal critic of national anthem protests during 2016 and 2017. While details haven't been disclosed, you can assume both former players received hefty payouts.

"For the past several months, counsel for Mr. Kaepernick and Mr. Reid have engaged in an ongoing dialogue with representatives of the NFL," the attorney representing both players, Mark Geragos, said in a press statement. "As a result of those discussions, the parties have decided to resolve the pending grievances. The resolution of this matter is subject to a confidentiality agreement so there will be no further comment by any party."

Related | Celebrities Who Switched off the Superbowl to Support Colin Kaepernick

Reid has signed a lucrative new deal with the Carolina Panthers — it remains to be seen whether Kaepernick will make a return to football. He's currently the face of Nike's "Just Do It" campaign, to the anger of Fox News viewers everywhere.