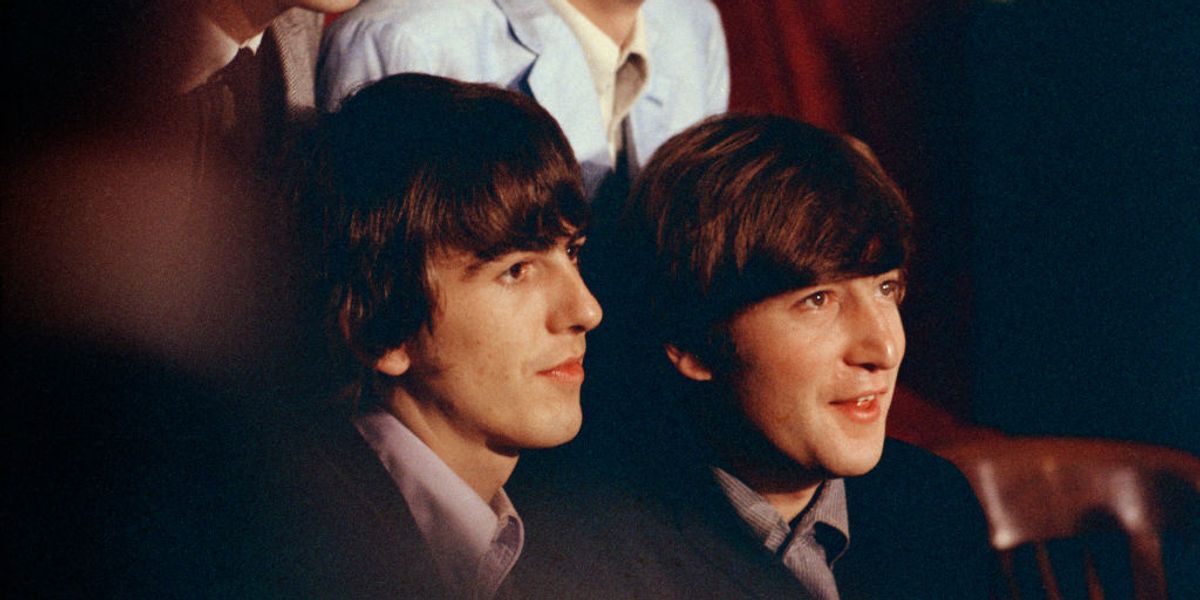 The video, entitled "How Do You Sleep? (Takes 5 & 6, Raw Studio Mix Out-take)," shows a raw, more loose, and candid version of the song — which was basically a diss track directed at Paul McCartney. Lennon sings the lyrics while playing the guitar, George plays along his side, and a young Yoko Ono also makes an appearance.

"Imagine you are at the Lennon's home, Tittenhurst Park in Ascot, England. It's night. It's the last week in May in 1971 and you are their special guest, sat in a chair in the very center of the their recording studio, Ascot Sound Studios," reads the video's caption. "John Lennon is sat in front of you, teaching the musicians one of his latest compositions. He is talking and singing and playing the same wood-finish Epiphone Casino electric guitar he played on 'Revolution'. A bearded George Harrison is in front of you, to the right, playing electric slide on John's pale blue Fender Strat."