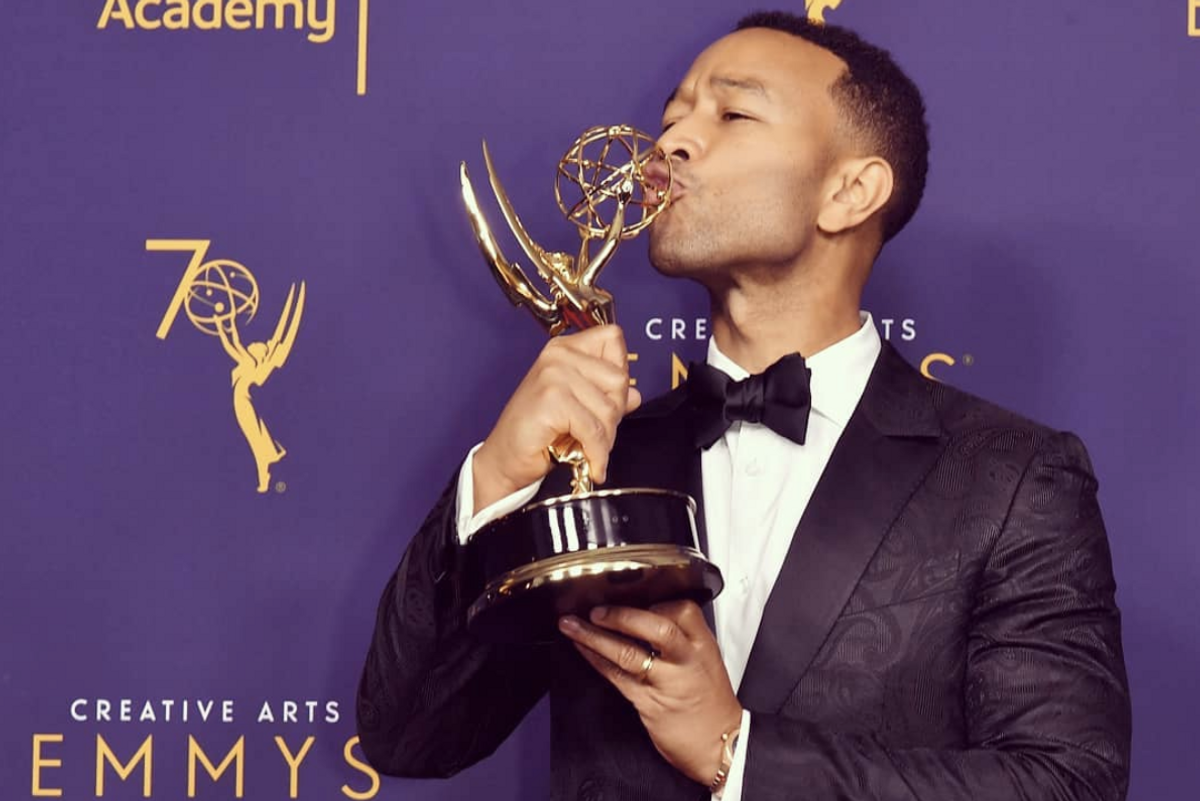 John Legend Is The First Black Man To Win An EGOT

The man, the myth, the Legend. The singer otherwise known as Chrissy Teigen's husband made history at the Creative Arts Emmys last night as the first black man –– and second youngest person ever –– to claim EGOT status. That's an Emmy (for his role in Jesus Christ Superstar Live in Concert), Grammy (actually, Legend has ten), Oscar (for Best Original Song in 2015's Selma), and Tony (for 2017's Broadway revival of Jitney).

John Legend was awarded the Emmy for Outstanding Variety Special (Live) alongside Tim Rice and Andrew Lloyd Webber –– in a winner's statement, Lloyd Webber also paid tribute to the show's recently deceased producer Craig Zadan. Before last night, only 12 people had won EGOTs: Legend, Rice, and Lloyd have increased that number to 15.

The first African American performer to qualify for an EGOT was Whoopi Goldberg, when she claimed a Tony for Thoroughly Modern Millie in 2002. The acronym was originally coined by Miami Vice actor Philip Michael Thomas in 1984.

So how did Legend celebrate? With Chrissy, naturally. Teigen never misses an opportunity to tease her husband on the internet, or reference the couple's favorite Arthur meme. Last night was no exception.