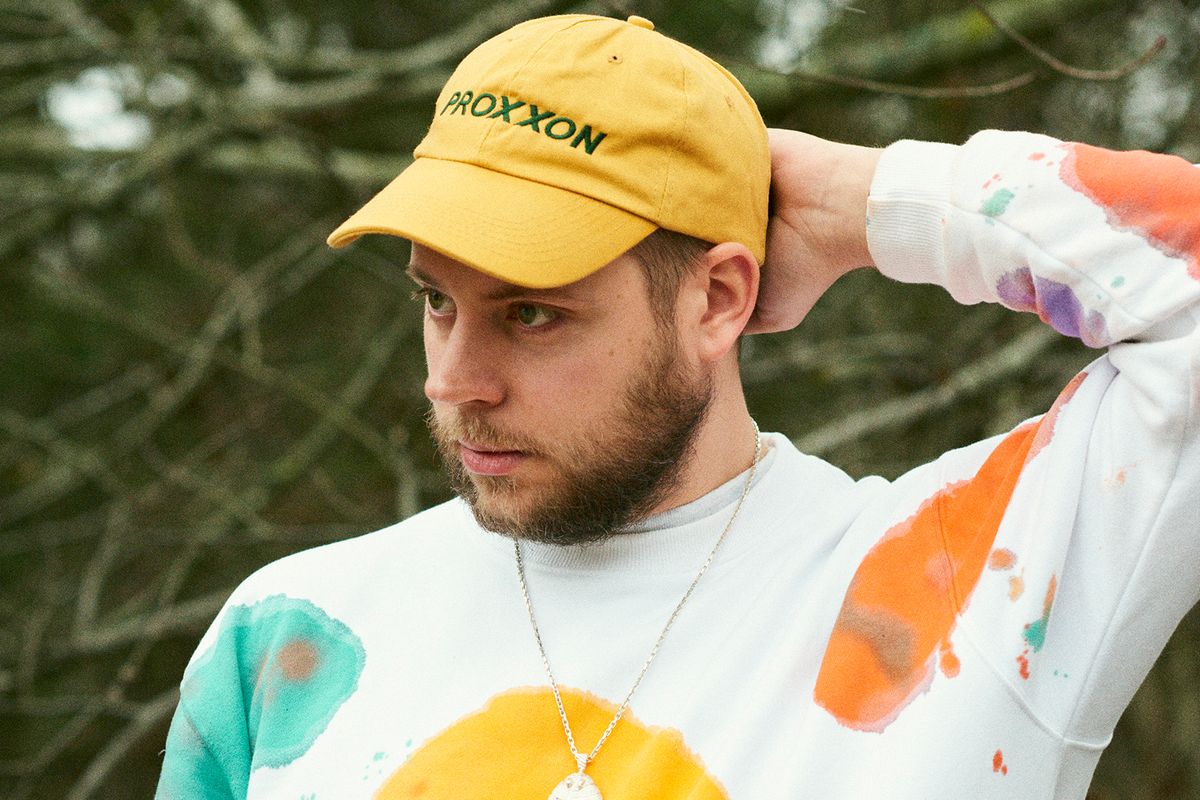 A gallery full of Joakim Ojanen's work is what I imagine a hidden file of Cartoon Network's darkest, rejected animation ideas would resemble — beautiful, but too bizarre for mainstream consumption. Much like the characters Courage the Cowardly Dog often stumbled across in Nowhere, Kansas, the Swedish artist creates paintings and sculptures that teeter the line between creepy and comedic, melancholic and merry. They're childlike and naive in form, but complex and mysterious in execution. The expressions on the faces of Ojanen's creatures vary — concerned, drunk, confused, defeated — and yet, there's a through line in his practice that makes them all look of the same off-kilter, otherworldly tribe. PAPER caught up with the Stockholm-based talent to learn about his background, process and personality.

You're originally from Sweden. What was it like growing up there?

Yes, and I'm still living and have my base here in Stockholm. I grew up in a suburb outside Västerås, a small city in Sweden. It was a idyll to grew up in, very protected and most of the kids played sports — soccer and handball. During the winters we played hockey on a tennis court on the same block that they put ice on and during the summer we played land hockey on the street or played around in the woods.

It was a pretty simple and good life till my parents got divorce when I was 12 or something like that. After the divorce my mother got depressed and had a hard time. She moved in to the city and when I was 15, and I lived most of the time with her. She started to drink more and more and it was really tough to see sometimes.

At what point did you start making art?

As far as I can remember I've always been interested and fascinated by subcultures. I listened to a lot of punk rock when I was quite young, and around 12 years old (1997) I found a new love: hip-hop. I tried to break dance for a couple of years, and after that started with graffiti that I did for almost 10 years.

I've always liked to draw and graffiti was a perfect thing for me to keep being creative when I reached that age when everyone around me had no interest in drawing at all. Graffiti was a way to still be cool while being creative. It was also a way to find friends and to stay away from home and be out during the nights.

Was graffiti a means of escaping your home life?

When I turned 18 my mother drank herself to death and the years around this time were really blurry for me. I have a hard time knowing what stuff happened in what order. I was quite depressed during this time, but I was still active and spent a lot of time with friends and painted graffiti.

A couple of years later I ended up 10 days in Danish prison for a graffiti painting, and after that I didn't paint as much and started to put a lot of time in animation instead. I think all of this is something that is a part of my work today. My work is based on my experiences unconsciously I think.

What perspective do you think you're bringing to art today?

Thats a really hard question. I never think in those terms when I'm working in my studio. I'm trying to do work that I would love to see myself. I like to be surprised by my own work when I'm in the studio — that is the most important thing for me when I'm creating something. I think it would damage my creativity if I was thinking of what my work brings to the art world. I leave those questions to art critics instead.

There's something childlike in the work you're making. Is this intentional?

I'm aware of that, but it's not really a choice that I've made. As I said before I really like to be surprised by my own work and one way to do that is to break rules and be haywire. Kids are great at this because they haven't learned the rules yet. This alongside my love for cartoon aesthetic I guess gives it a childlike touch.

"I like to be surprised by my own work when I'm in the studio."

How do you approach sculptures differently than paintings?

The sculptures are a bit more intuitive than the paintings. I just start with a lump of clay and a loose idea of what I want to do, and then let my hands find a way to make it. A lot happens on the way to the result. I have a hard time thinking in pictures, so I can't imagine the end result. I need to find it while I'm working.

The paintings are based on drawings and sketches. The sketching part is almost the same as sculpting in the way I'm thinking. But once I have the sketch, the painting is a way to find colors that work well together and give the shapes a good contrast that works. I never sketch the paintings in colors, so I never have a clear image of the end result when I start to paint.

There seems to be an element of humor in your work.

Yes, humor is a important part of my work. I like to mix funny and crazy looks with sadder and more serious facial expressions or situations for my characters. I don't want my characters to have one-sided personalities. You need to see that they have a history behind them with different experiences that you can see in them, like they have lived a life. When I was younger, I had a hard time liking fine art. I thought it was too intellectual and took itself too serious. When I found artists that worked with humor or played with lowbrow culture, I started to fall in love. I think humor is a very nice contrast to the serious and stiff white cube and the high prices of fine art.

How does your practice reflect you personally?

I think it reflects me pretty well. I'm often a very happy person that is quite active and likes to try new things. But I also have a pretty melancholy side within me that usually comes out when I'm by myself and have time to just sit and think. I can fall in this melancholy mode when I'm working in the studio on something and all of a sudden I accidentally make a really funny face in one of the sculptures and my mode switches in a second. I can start to laugh and talk to the clay.

How long did it take you to be taken seriously within a fine art context? Was this a difficult path?

I don't think I had a big problem with this. Or at least I haven't heard a lot of people talking s**t about my stuff, so maybe it's been done behind my back. The Swedish art scene doesn't have a lot of artists working with humor in the way that I do. And I have had more exhibitions abroad than in Sweden. I'm having my first solo show in Stockholm, my hometown, in August this year, and I've done quite a few solo exhibitions in other countries before this. I don't know if it's easier for people to like my work abroad, but now that I started to get a career outside of Sweden its been easier for me in Sweden.