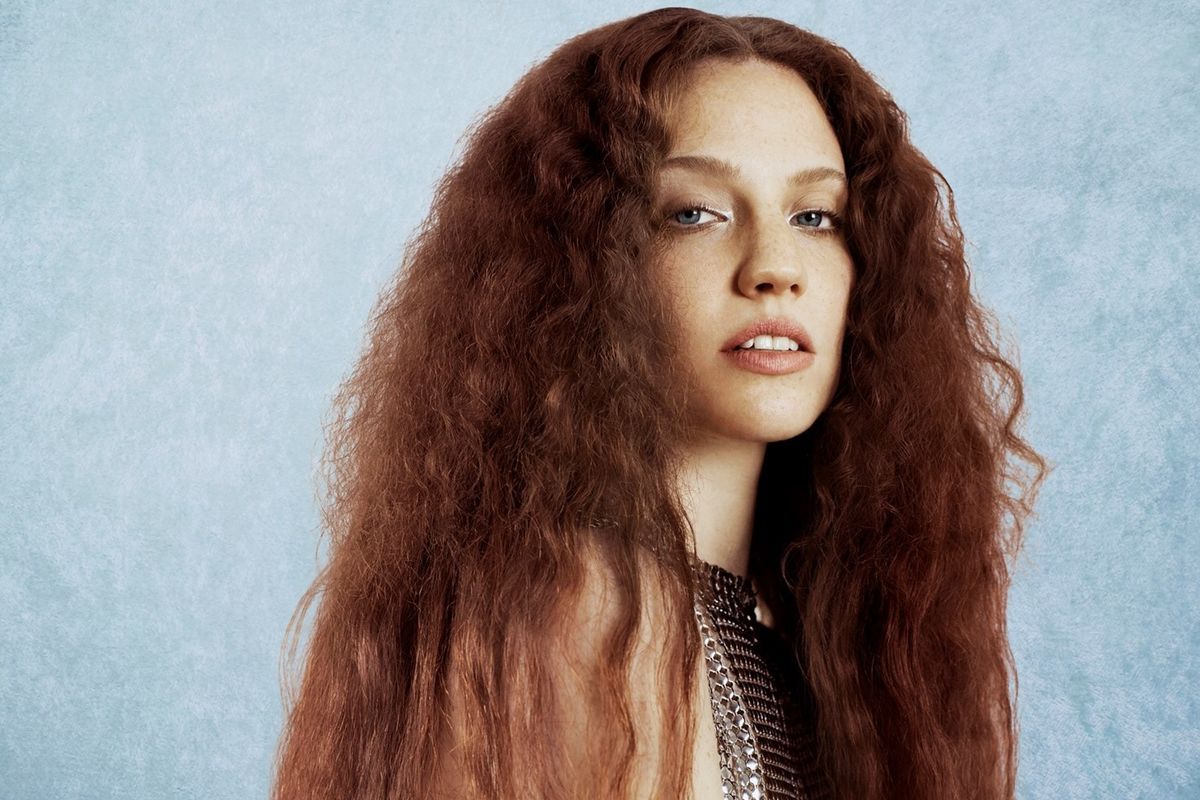 Jess Glynne, the musician behind some of the pop's biggest hits like her explosive Clean Bandit collab, "Rather Be," and more recent, "I'll Be There," is back with her first album since 2015 — and it's an absolute standout. The Grammy winning 28-year-old released this month her 12-track project Always In Between, which highlights her journey to self-acceptance, struggle with heartbreak, and views on fame. It's also her second consecutive No. 1 album in the U.K., solidifying the English pop singer as an unstoppable force. Armed with a brand new single, "Thursday," Glynne will be heading out on a U.S. tour this spring, but before, PAPER sat down with Glynne to learn all about her latest LP.

What inspired you to write this album's lead single, "I'll Be There"?

The inspiration behind that was me and my friends; one of them was going through a pretty tough time last year, and she turned to my album I Cry When I Laugh. I got this message from her saying that it got her through this really tough time, and she listened to it on a whole different level. When she listened to the lyrics, she didn't realize how deep they were and what I have been through and how much it gave her hope and encouragement to move forward with her life. It was really emotional, we got really close over that. When we were in the studio at the end of last year, the idea for the song came from never feeling alone and always having someone there even though they might not be in the presence of you. It's kind of a beautiful message.

For you, this new album is different because you stepped away from the studio and wrote the majority of the songs in a house in Sussix. Why did you want to do that?

I started writing the album a couple of years ago. I just wasn't ready and once i finished touring and things slowed down, I decided to get back into the studio. I want back to LA for two months and I was in and out. My label wanted to try something different for this album, so I met loads of amazing people and wrote so many songs. But I came back feeling a bit lost — feeling like I didn't really know what the direction was and where I was going with it all, so I decided to take some time out.

Towards the end of last year, I regained my creative spell and decided that I wanted to work with the people that I love working with. So I called my label and said, "Please can we just get a house in the middle of nowhere, where I can take all my people? I don't mind if you want to suggest a few new people to add into the mix, but I want to go somewhere where there is no pressure and where it's organic and natural — no studio, a place where we can have minimal set-ups and just jam." They granted my wish and we went down there for a week, and it was one of the most amazing weeks of my life. We wrote, we ate, we had fun, we created the bones of the album and I came away feeling so good. Not everything on the album is from that week, but the majority of it is.

"We don't always know what's right and what's wrong, and being in the middle lane is never a bad thing. [It's] actually just life."

Who did you bring along with you when you went?

It was me, writers and producers — that was it. My director is like my best friend, so she came down with us and we were doing this visual. Another girl that I write with, Ginger, [who's] one of my really close friends, was there. I am really close with all of those people.

What do you hope people will take away from this album?

We don't always know what's right and what's wrong, and being in the middle lane is never a bad thing. [It's] actually just life. We all have struggles and in-between moments, we don't always know which is the right lane to take. I hope people can understand that it's ok. I feel like this album for me is a journey of self-acceptance. I want everyone to feel happy with themselves and their skin, and that's where I have taken this record.