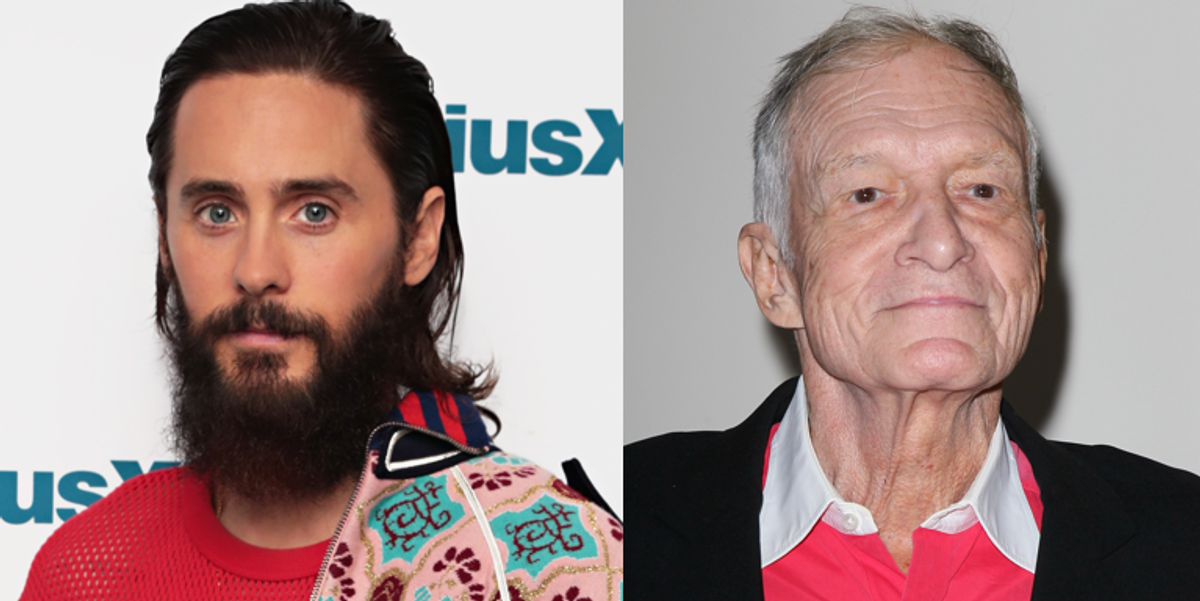 As soon as Hugh Hefner's death was announced, Hollywood executives likely reassumed their natural parasitic state and started trawling down the list of A-List actors who might take on the role of the original playboy and lauded creep, Hugh Hefner. Who knows how many tries it took them to land on Jared Leto, but either way, they came to the right place.

According to The Hollywood Reporter, Jared Leto, famous for his deep, freaky love for method acting (a hugely harmful technique that should've been buried a long time ago) will take on the role of Hugh for a new biopic. Brett Ratner will direct the film, which he has reportedly been trying to make for the last decade. Ratner is also planning to reboot Hefner's 1960s TV show Playboy After Dark.

What a truly wonderful time.