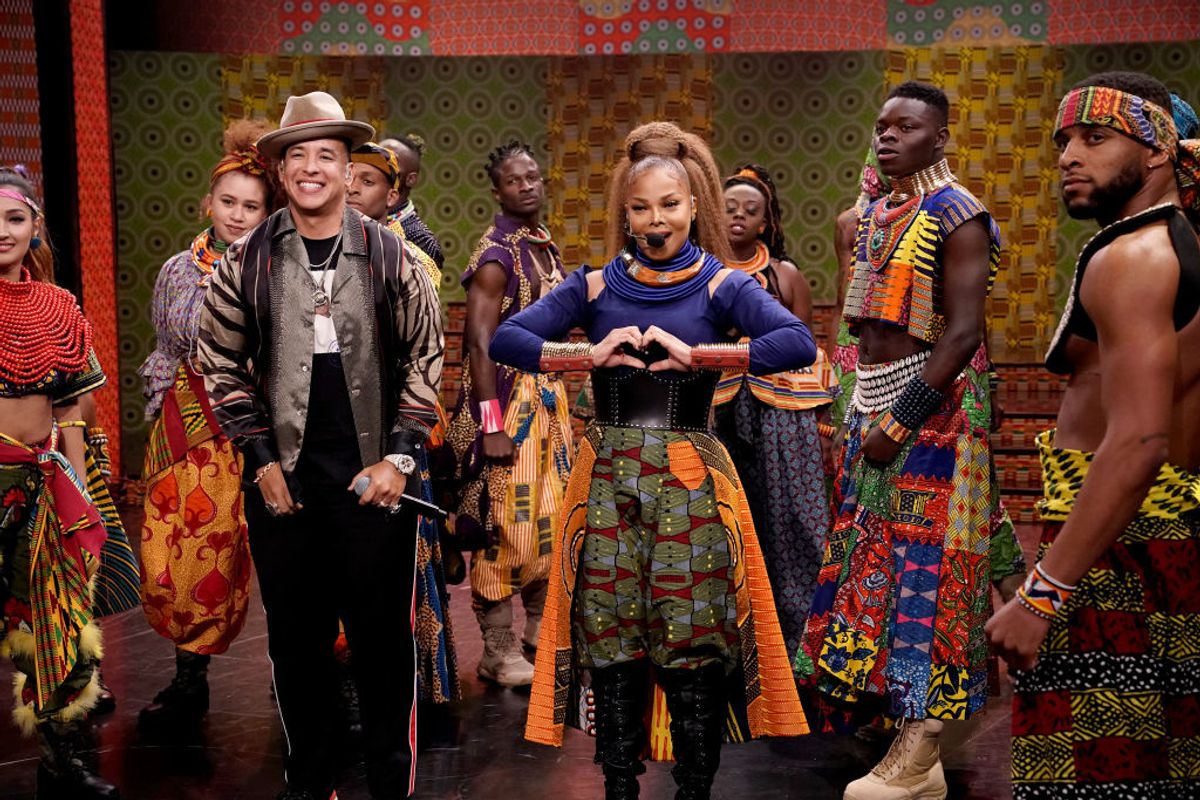 It's been a long 14 years since Janet Jackson made any appearances on a late night show, which is why she went all out on Thursday night. The pop icon was the guest performer at The Tonight Show Starring Jimmy Fallon, and she debuted her new single "Made for Now" featuring Daddy Yankee.

The whole performance was one of the most produced performances in the show's history. Janet brought her A-game with an immersive, festive performance beginning with a brood of backup dancers and bongo drummers by the aisles between the audience bleachers. The usually blue-dominant studio at 30 Rock took down their navy curtain, and transformed with colorful patterns and lights. Ms. Jackson and her crew were also moving to her danceable bop while decked out in vibrant outfits.

"Made for Now" is Janet Jackson's first single since the release of Unbreakable in 2015. The official music video has also been released Thursday night following her performance.