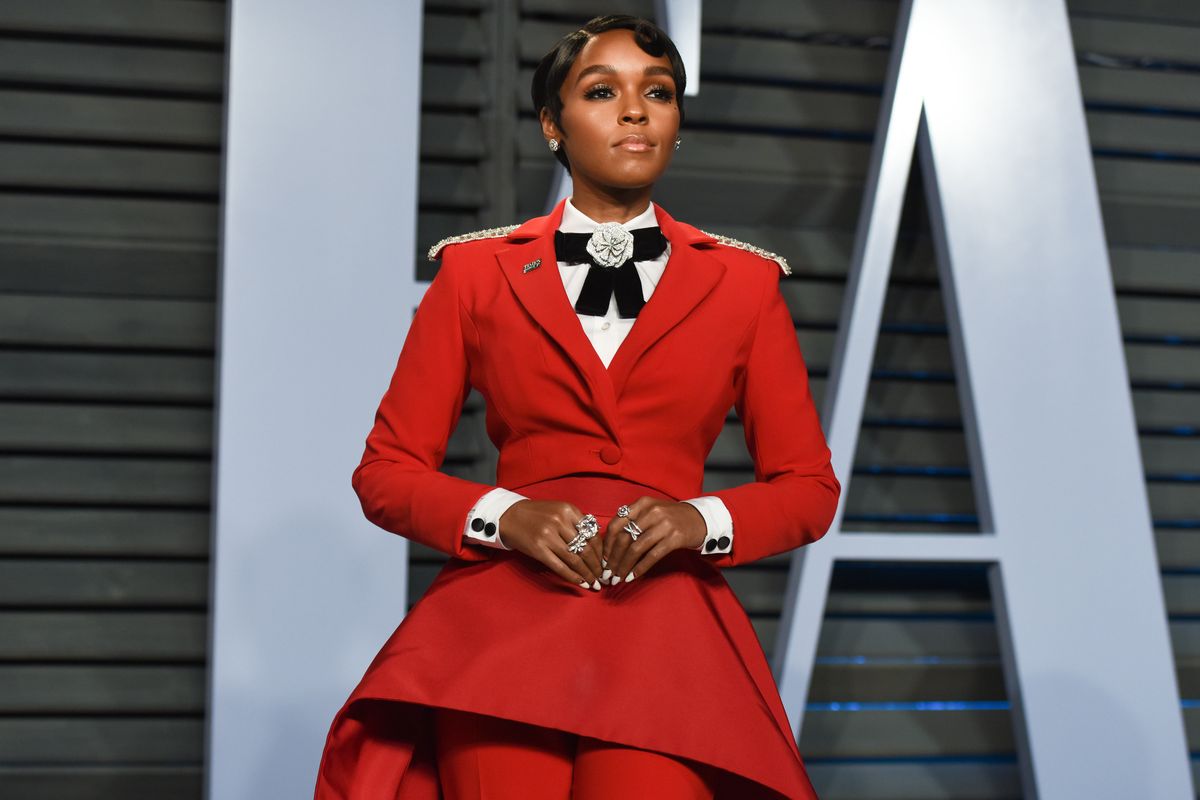 Janelle Monáe Comes Out As Pansexual

For a long time, Janelle Monáe addressed speculations about her sexuality by simply saying, "I only date androids." But her recent songs, like Dirty Computer single "Make Me Feel," have been lauded as queer anthems, and, today, in an interview with Rolling Stone, Monáe said that she has dated both men and women, and that she identifies as pansexual.

Monáe told Rolling Stone writer Brittany Spanos, "Being a queer black woman in America, someone who has been in relationships with both men and women – I consider myself to be a free-ass motherfucker."

She initially identified as bisexual, but says, "then later I read about pansexuality and was like, 'Oh, these are things that I identify with too.' I'm open to learning more about who I am." She said that she hinted at her queerness in songs like "Mushrooms & Roses" and "Q.U.E.E.N." which was originally titled "Q.U.E.E.R."

She also made a supportive statement for other queer people, saying her upcoming album is for them,

"I want young girls, young boys, nonbinary, gay, straight, queer people who are having a hard time dealing with their sexuality, dealing with feeling ostracized or bullied for just being their unique selves, to know that I see you. This album is for you. Be proud."