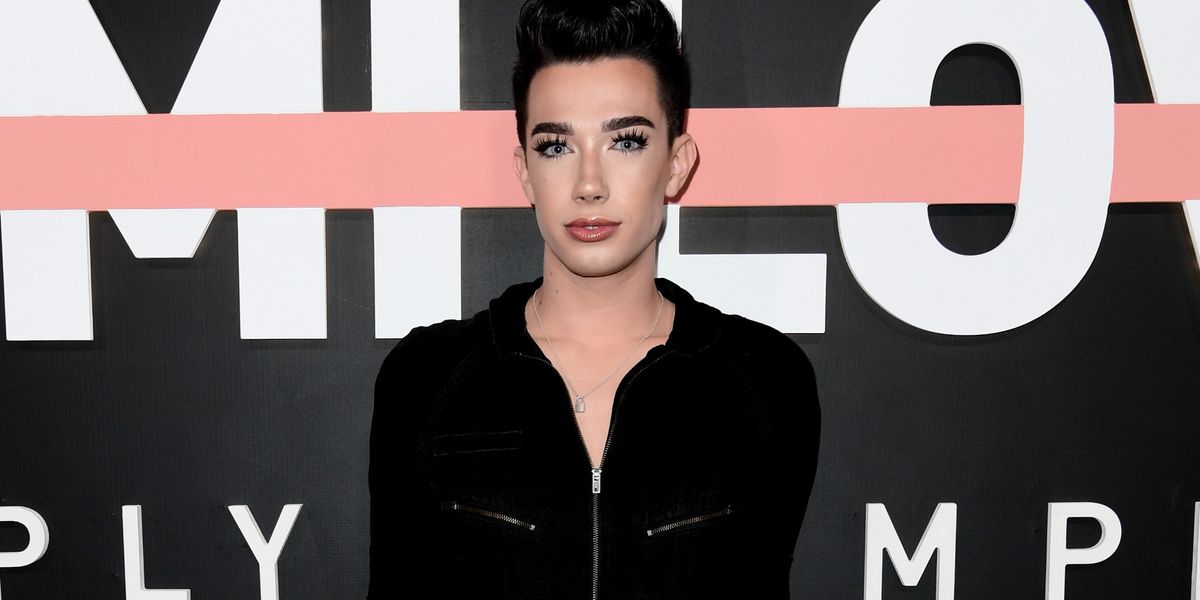 James Charles' Palettes Are Being Destroyed After the Tati Westbrook Drama

By now, you've probably heard all about the drama between MUA YouTubers James Charles and Tati Westbrook. However, if you thought things were going to end with Charles' subscriber count going into free fall, think again, because it turns out that his former fans are now taking things a step further and actively destroying his namesake palette.

For a brief recap of what's going down, over the weekend, Westbrook posted a 43-minute-long video called "BYE SISTER," which outlined all the reasons why his longtime mentor was cutting ties with him for good. In addition to talking about his betrayal of her, Westbrook also brought up Charles' history of sexually preying on straight men and how he used his "fame," "power," and "money" to manipulate people.

Not only that, but in the wake of Westbrook's video going viral, other celebrities like Zara Larsson and Olivia O'Brien have also come forward to say that Charles had made sexually inappropriate advances toward their male partners several times.

So despite Charles issuing a lukewarm apology video, things are continuing to go downhill. The latest development? Well, it looks like the hottest, new viral trend is destroying, returning, or dramatically altering Charles' popular Morphe makeup palette. From setting it on fire to painting over his name to throwing it in a lake, people are getting creative with their anti-Charles statements — and it keeps spurring more and more videos.

Bought the palette a long time ago but after hearing what he did i became so sick of james charles so i changed my palette into shrek themed #jamescharlesiscancelledparty pic.twitter.com/rll8DmKZ2h

oops, i think i got a little something on my james charles palette- stan tati :) pic.twitter.com/uOp3DETNXQ

What to do with your James Charles Pallete thanks to Tati Westbrook 🔥 pic.twitter.com/VrzaGiTDVw

so instead of smashing my James Charles palette I've decided to do a lil DIY pic.twitter.com/wNI34eEYYa

That said, both Charles and Morphe have yet to respond to the destruction of his palettes.