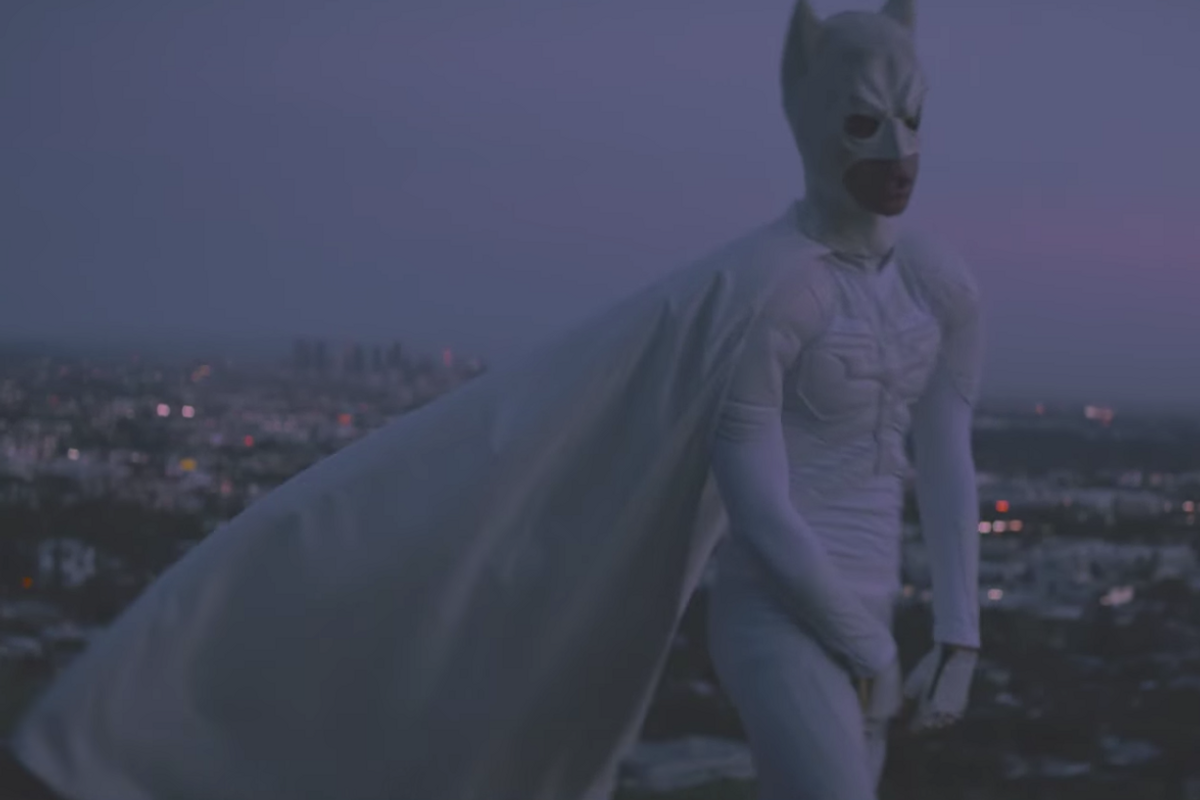 Aside from the fact that he is, you know, the son of two of America's most famous actors, Jaden Smith is probably most known for his zany tweets, interesting takes on fashion, and being the star of a recent Louis Vuitton womenswear campaign. But sometimes the teen prodigy also blesses us with new music—like today, when he dropped a new video called "Batman."

In the video, Jaden Smith (now stylized as simply "JADEN," caps included) starts off enjoying a casual day running through the park (and pissing on the grass)—until he gets a call on his Louis Vuitton-cased iPhone, which prompts him to throw on his white Batman suit (known as the Batman suit he wore as a guest to Kanye West and Kim Kardashian's very exclusive marriage in Florence, Italy). Once costumed, he hits up Los Angeles's Hollywood Blvd. to duel against other costumed characters like Batman and Superman.